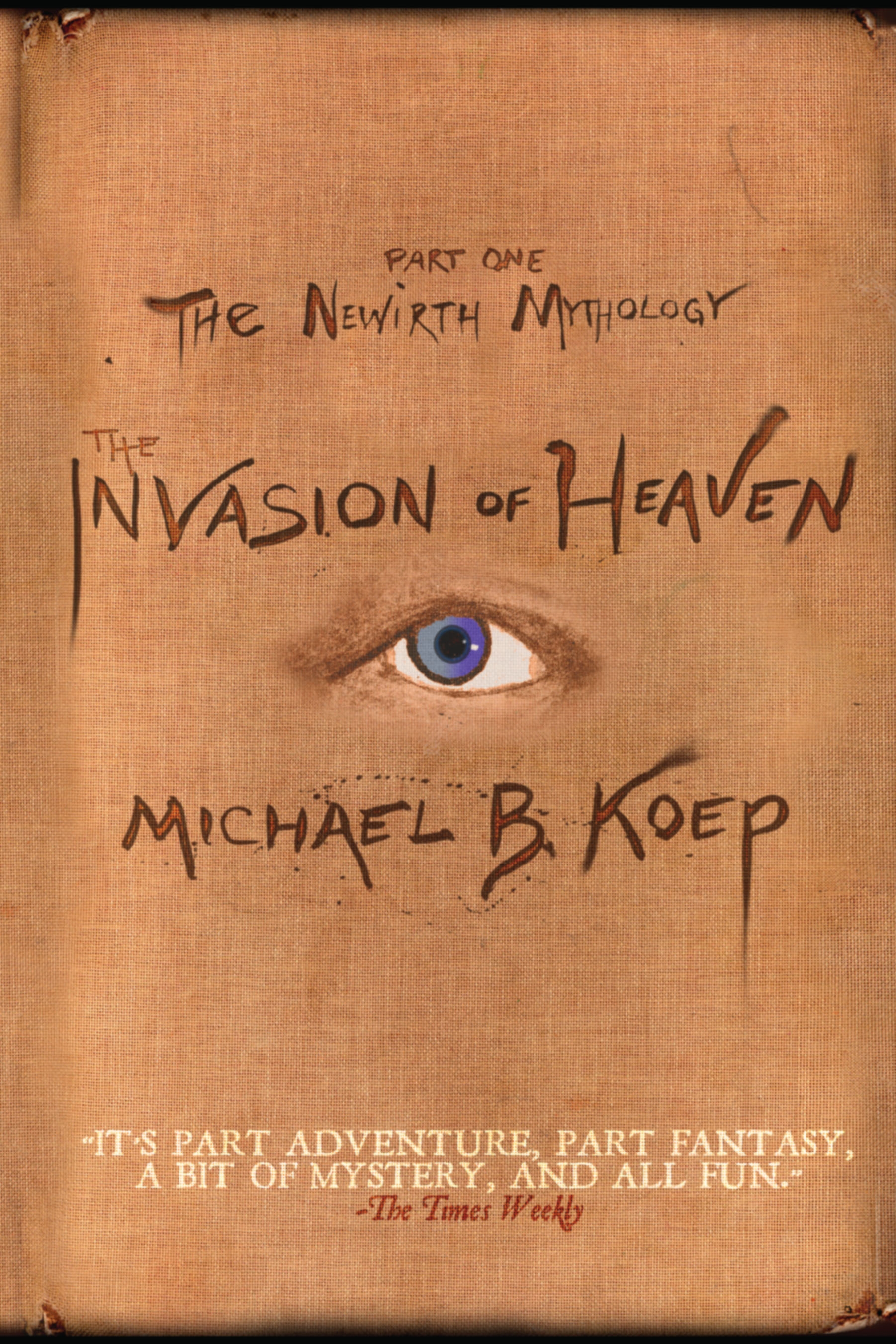 Psychologist Loche Newirth becomes hunted when he sees a painting that opens a window onto the afterlife. An ancient order of men seeking to control the art pursue him across the world, through centuries, into madness and beyond.The first part of Michael B. Koep's The Newirth Mythology-The Invasion of Heaven is mystery, adventure, myth, betrayal, murder and madness.Psychologist Loche Newirth wonders if it was his fall: the fifty foot drop from the rocky cliff to the icy water below. Is this why he has been hallucinating? Or is it because one of his clients is dead, or his mentor has gone mad, or that his wife is leaving him? He can't bring himself to believe what he has been seeing. Insane things like a massive, searching eye. He sees it in the water below the cliff. He sees it in mirrors, on walls: a massive, crystal blue iris and fathomless pupil there in the center of his life, looking at him.To find the answer, Loche pens the recent events of his life into a book and leaves the work behind for his mentor Doctor Marcus Rearden to interpret. As Rearden reads he plunges into the harrowing depths of Loche's reality: his loss of a client, the discovery of an unknown past, an ancient conflict over possession of the human condition, the awesome reality of the gods walking among us, and the crimes of humanity invading the hope that lies beyond the grave.And along the way, Loche tells of unforgettable characters: the torn and manic housewife that teeters on the edge of sanity, and a depressed, swashbuckling swordsman that believes he is over six hundred years old, the stoned and prolific painter and his perilous work he must keep secret, and the beautiful business woman that abandons her life's work for a love she never expected.

Michael B. Koep has been called an Inland Northwest "Renaissance Man." An avid world traveler, educator, accomplished visual artist and touring rock musician, Michael’s spirit is imbued in the arts. He is a co-founder of a North Idaho fencing consortium, but he is best known as a drummer and lyricist for the progressive rock group KITE, as well as the percussionist for the variety power trio The RUB. He is a winner of a Costello Poetry Prize.See AboveA thoughtful, patient, discreet freelance book and screenplay editor working with writers of all levels. Writers who have agents, those who don't, writers who have sold books to publishers, and many who hope to. I help writers develop and shape their ideas, critique manuscripts, line edit, and ghostwrite material. My specialties are novels (commercial fiction, mystery, thrillers, women’s, historical, literary), memoir and screenplays.General Fiction and Non Fiction copy editor.