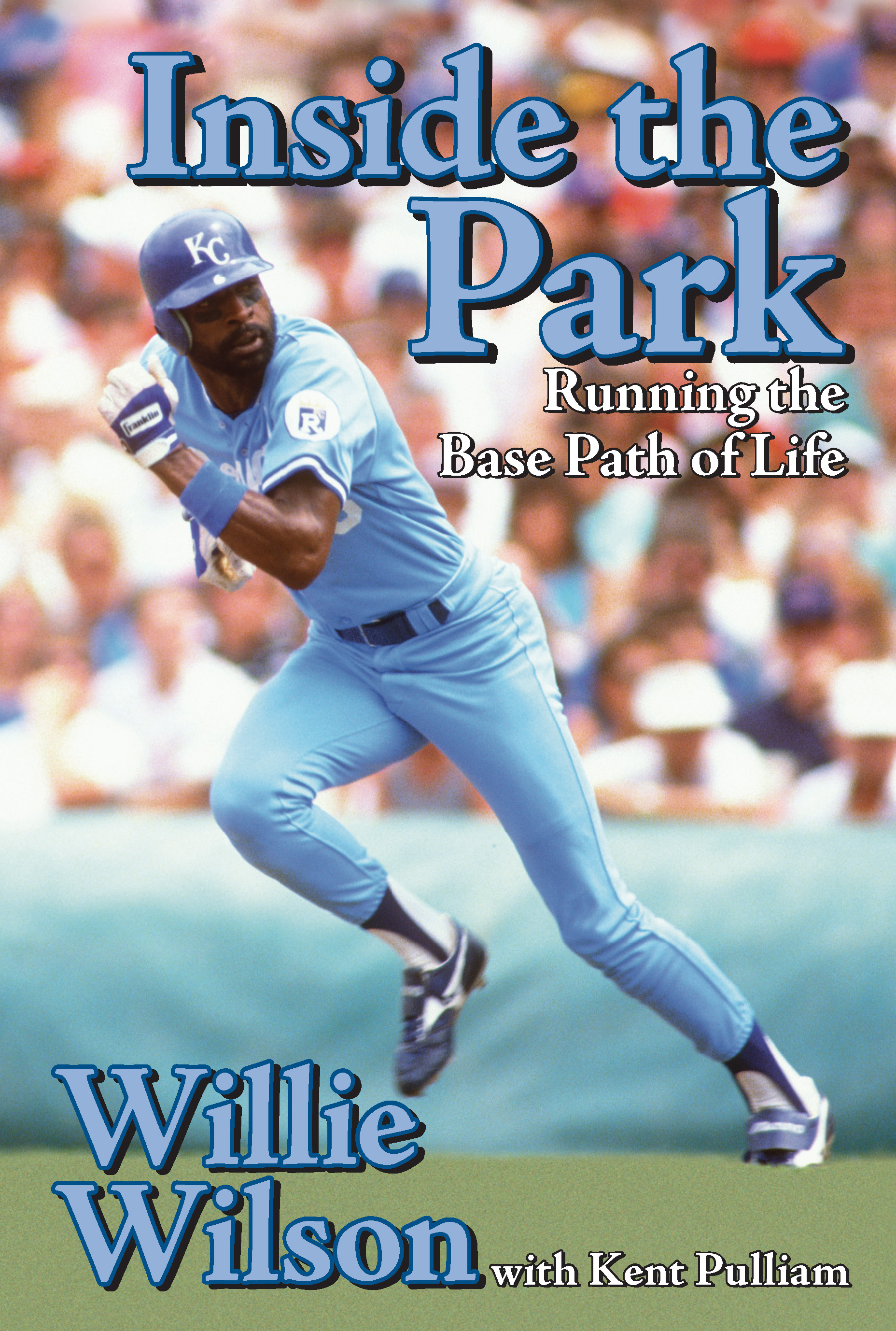 Running the Base Path of Life

Willie Wilson played baseball with the mentality of a football player—a grimace, on his face. Totally unprepared for the spotlight of being in the major leagues, Wilson experienced the highest of highs and the lowest of lows, sometimes unable to tell them apart. He helped lead the Kansas City Royals to their rst World Series in only his second full season in the Major Leagues. His 1983 arrest on a cocaine charge could have been the defining moment of his life and sent him spiraling downward. Instead, he responded by helping the Royals to the World Series championship in 1985, playing a key role in the Series by batting.367 and scoring two runs and three RBIs in the Royals’ win over the St. Louis Cardinals. On his way to winning the 1982 batting title, Wilson was the first switch hitter since Mickey Mantle to get 100 hits from each side of the plate, and his 13 inside-the-park home runs are the most of any modern day player in history. Willie tells his story of growing up a son of the south, displaced to New Jersey at age 7 when he met his mother for the first time. He was a shy child, seeking acceptance in athletics where he was a three-sport star at Summit (N.J.) High School. Drafted by the Royals in the first round of the 1974 amateur draft, Wilson turned down a football scholarship offer from Maryland to sign with the Royals. He quickly made his way through KC’s minor league system, making his first appearance with the major league team just two years later. But Wilson’s story transcends baseball. His life was rocked by the unexpected results of stardom and its demands and pitfalls. He tells a cautionary tale of how a shy young man who never even dated until the 11th grade can survive a post-career bankruptcy and turn his life around to help others with his inspirational tale. He now leads the Willie Wilson Baseball Foundation, hoping to share his experiences with inner-city youth so they can avoid the same missteps he made along the way.

Royals Hall of Famer Willie Wilson played an integral part in the only two World Series appearances the Royals made, batting.311 against the St. Louis Cardinals in the Royals only World Series title in 1985. A superb lead-off hitter, Wilson led the American League in stolen bases his second full season in the Major Leagues in 1979, won the team’s Player of the Year award in 1980 when he led the league in hits, runs, triples, singles and won the Gold Glove for defensive excellence. In 1982, Wilson was the Major League batting champion, hitting.332, winning his first trip to the All Star game. A speedster on the base path, Wilson led the league in triples five times and his 13 inside-the-park home runs is the most by any player in the modern-day era. He has 668 career stolen bases, ranking No. 10 in Major League baseball history. He was voted into the Royals Hall of Fame in 2000. Willie lives in Kansas City where he is head of the Willie Wilson Baseball Foundation. His on-and off-field experiences give him a unique opportunity to work with corporations for speaking engagements, team-building exercises and fund-raising events as well as offer baseball and life guidance for inner-city youth in clinics he conducts.Kent Pulliam spent more than 30 years as a sports journalist for The Kansas City Star. He has won several writing awards from the Associated Press Sports Editors and the Missouri Press Association. He has written two other books: “For Wildcats Fans Only” and “Inside the Jayhawks Huddle.” He lives in Kansas City, Missouri, with his wife Gina. This is his third book.