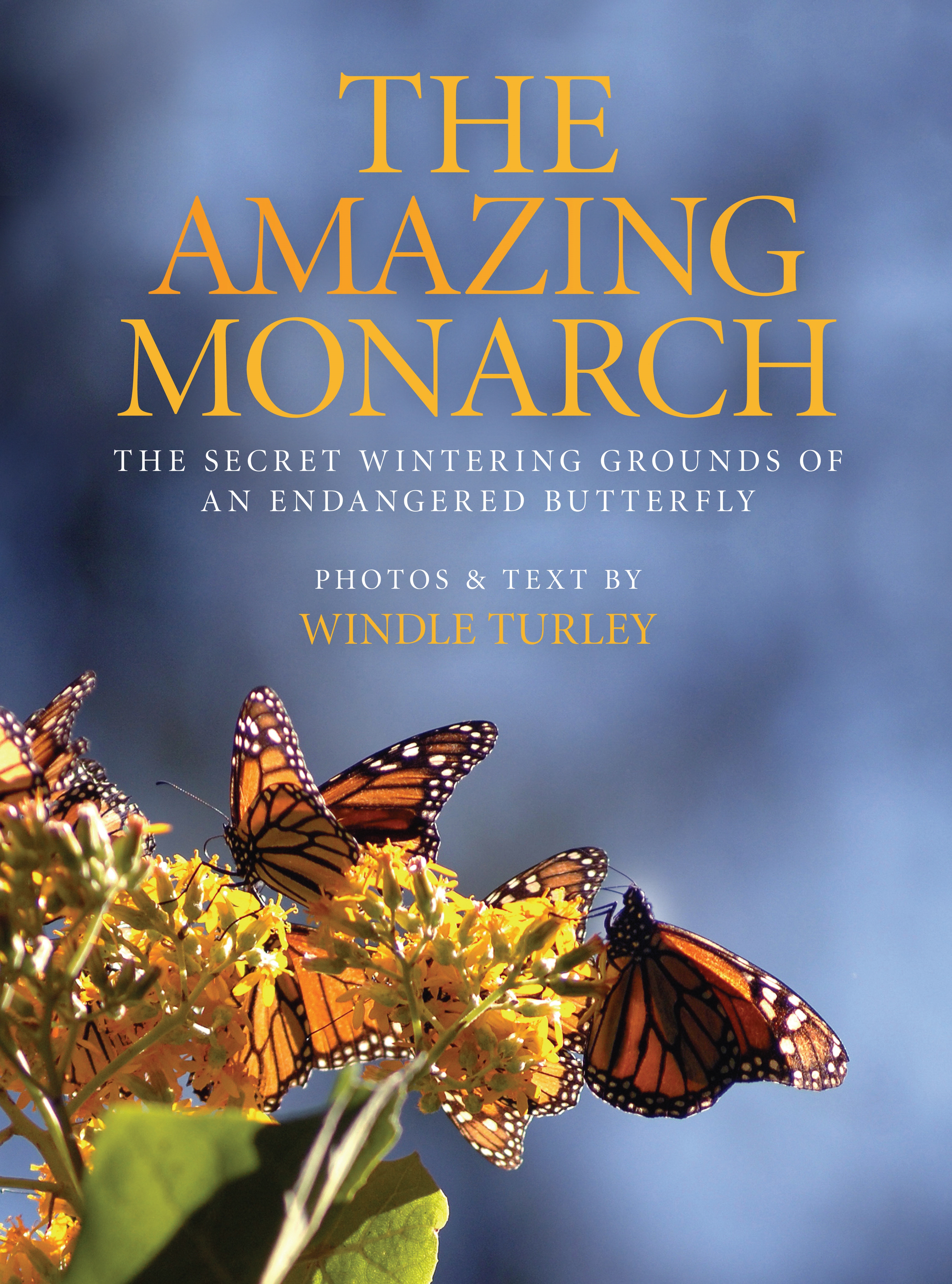 The Secret Windering Grounds of an Endangered Butterfly

In The Amazing Monarch, author and photographer Windle Turley chronicles the life cycle of the monarch butterfly. Replete with page after page of full-color photographs, the book shows the monarch's rarely captured destination wintering grounds. The contrast of the orange and black pops off the page as the reader goes on a visual tour in the high mountains of Mexico. The multifaceted work also contains poems and quotations focusing on the beauty of these tiny animals that weigh only .02 of an ounce.

With carefully researched text and consultation with leading entomologists, The Amazing Monarch tracks the monarch's migration and interesting life spans. Amazingly, this migration only takes place every three to five generations, but somehow, by the last week of October, they arrive at the same small groups of oyamel fir trees their ancestors populated the year before. The handful of roosting sites, located at about 10,000 feet altitude, each may contain 20 to 30 million monarchs in a single site only a few acres in size.

After their stay in Mexico, it is crucial to head north to get back to Texas and Louisiana and specific types of milkweeds to lay their eggs during a critical three-week period. If the monarchs reach their destination too early, frost on the milkweed could kill the eggs. A late arrival may mean the milkweed is no longer succulent.

Returning from Mexico, the fourth or fifth generations will now have lived nine months, and before dying, will lay eggs during the last two weeks of March. A female will lay 400 to 500 eggs during her lifetime, and primarily on only one type of milkweed plant, but only a small percentage of eggs will actually survive to become adult butterflies. The offspring of the first generation travel on to Kansas and Tennessee during April where the female will again lay her eggs and die, after having lived only 45 to 60 days. The process continues to South Dakota, Iowa and Wisconsin in May and the Great Lakes and Canada region in June. But the fourth or fifth generation will not breed, lay eggs, or die; instead, they head south in the late summer.

Granted almost unprecedented access by Mexican wildlife officials, Turley photographed the insects in their natural habitats at their sanctuaries in Los Saucos near Valle de Bravo, State of Mexico and at the Sierra Chincua Sanctuary near Mineral de Anganguo, State of Michoacan—areas unknown to outsiders until 1975.

For the past 25 years, Windle Turley has traveled the world photographing wildlife, large and small. Orangutans in Borneo, gorillas in Africa, along with polar bears and butterflies, are only a few of the many subjects he has tracked. Exhibits of his works have been praised for their unique composition and character. When Turley is not taking pictures of wildlife he is a practicing trial attorney at Turley Law Firm in Dallas, Texas.

Other Titles from Turley Gallery