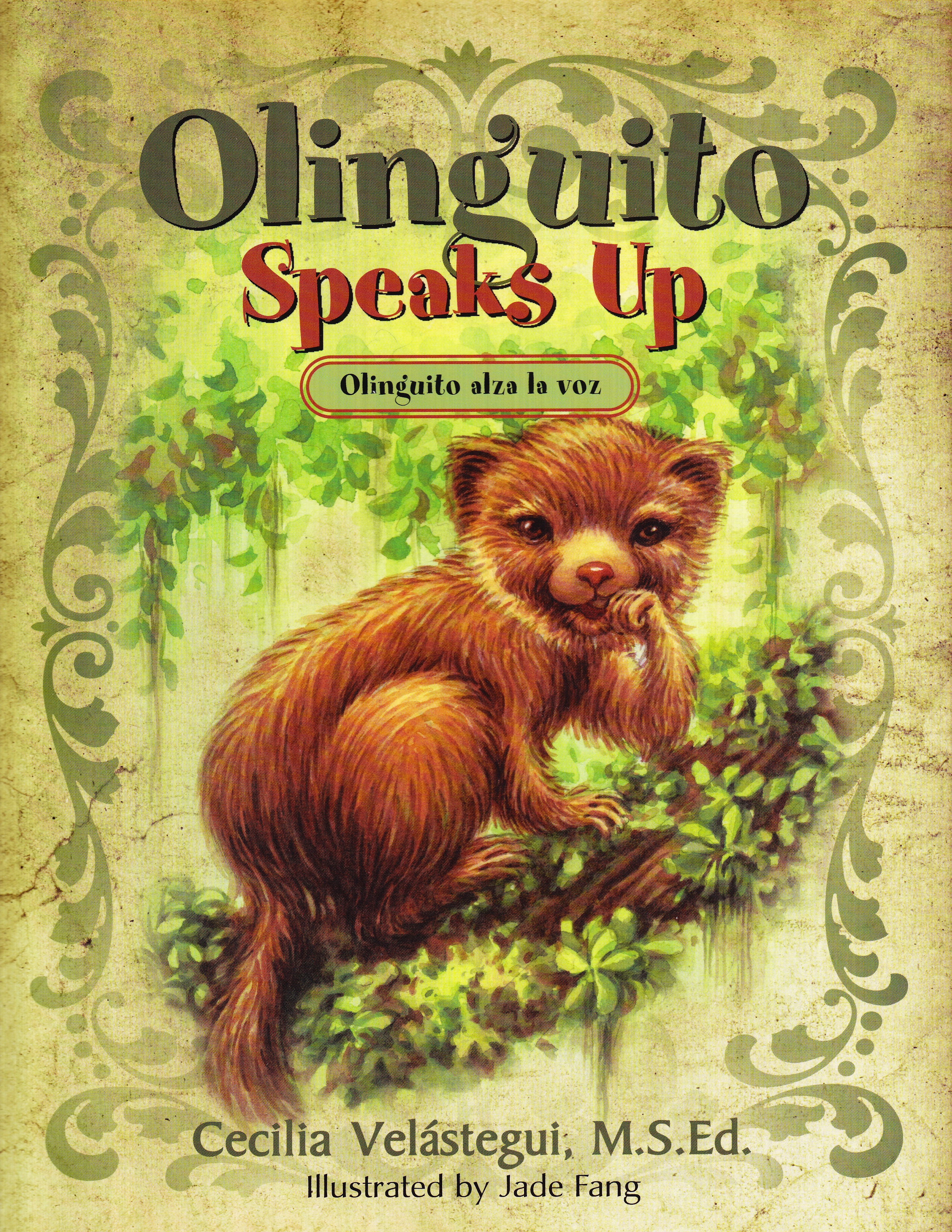 Olinguito is a shy and furry animal that sucks his thumb all day long and hides in the treetops of the Ecuadorian cloud forest. No one in the whole world knows that he exists. Olinguito is too shy to let the other creatures know that he has been listening and watching them, and enjoying the tales told by Tomas, an ancient Galapagos tortoise. Tomas loves to tell fantastic stories about the strange creatures of the Galapagos Islands, from the poisonous longnose stubfoot toad to a Pinta Island tortoise named Lonesome George, who no one in the cloud forest has ever seen. When Olinguito hears the other cloud forest animals ridicule Tomas for making things up, he realizes that these are not tall tales—they are memories of creatures driven to extinction. Shy Olinguito is finally moved to speak up in defense of Tomas. This poignant story addresses respect, both for the environment and for our elderly, and explores universal themes of friendship, memories, and finding the courage to speak up.

Story told in English and Spanish.

Cecilia Velegui was awarded First Place in Adult Fiction by the International Latino Book Awards in 2012 and 2013. She received her graduate degree at the University of Southern California, speaks four languages, and has traveled to over sixty countries. She lives in Southern California with her family, two alpacas, and eleven other pets. This is her first childrens book.