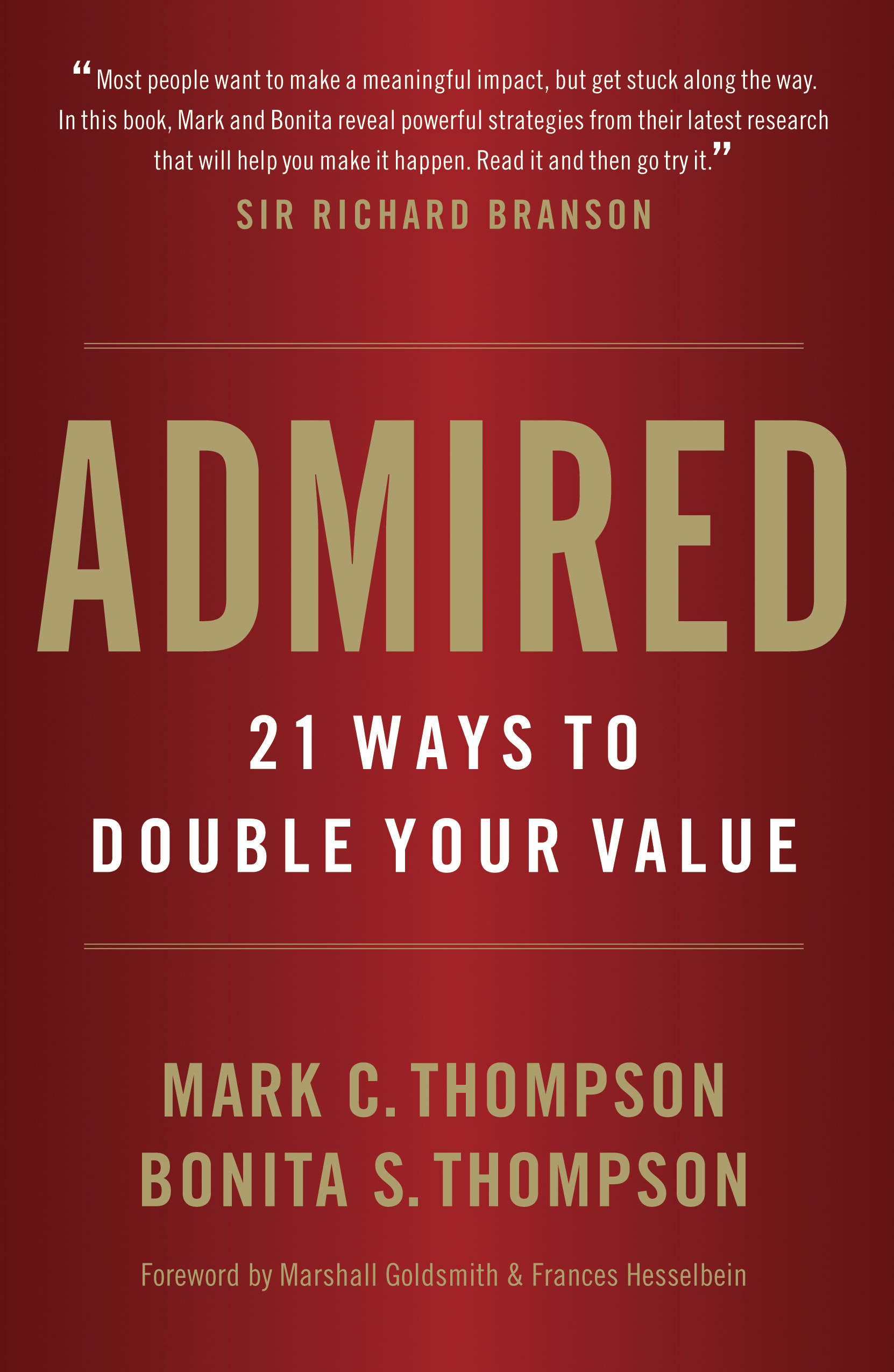 21 Ways to Double Your Value

You deserve to be valued, respected, and admired for what matters to you. Here are twenty-one ways to make it happen. "Imagine how it would feel to be fully valued for what you do best. What if your boss, your customers, and your family really appreciated what you have to offer? How proud would you be if your organization won the top spot among Fortune Magazine's 'Most Admired Companies?' What if Jim Collins rated you a 'Level 5 leader?' In this book, you'll find 21 simple and powerful strategies that will help you become more valued in a crowded and competitive world-not in a superficial way or just for its own sake-but for what matters most to you and to the most valuable people (MVPs) in your life and work."- From the Foreword by Frances Hesselbein and Marshall Goldsmith

Mark is an executive coach, venture capitalist, and bestselling coauthor of Now, Build a Great Business and Success Built to Last, the sequel to business classic Built to Last.Forbes magazine called Mark one of America's top venture investors with the "Midas" touch, and he is a founding board member of Smule, which creates Android and Apple social media, including the top music app for the hit TV series Glee.Mark is former Chief Customer Experience Officer and Executive Producer of Schwab.com. He was Chief Communications Officer of the global firm and its first Chief Investor Relations Officer following the IPO, and started the Foundation with Charles "Chuck" Schwab.At Stanford University, Mark was a founding advisor to the Real-Time Venture Design Lab, where he earned his master's degree in social media in 1998.He is a founding board member of the Institute for Entrepreneurial Leadership at John F. Kennedy University and a founding patron of the Richard Branson Entrepreneurship Centre. He is a cofounder of VirginUnite's Online Entrepreneurship Hub and one of Sir Richard's six judges globally for his SBAU Entrepreneurship Competition.In 2000, Mark served as Chairman of Rioport, which popularized the MP3 audio player before Apple's iPod. He was Chairman of Integration, Inc., a Sequoia-funded start-up sold to Silicon Labs, and a board member ofInterwoven, now owned by Hewlett Packard/Autonomy. Mark has an MBA in management, BA and AA degrees in communication, and an Honorary PhD from Mount Mary College.Among Broadway passions, Mark has coproduced shows that have earned ten Tony nominations, including five Tony Awards for Peter and the Starcatcher with Disney. He coproduced StickFly with 14-time Grammy award winner Alicia Keys. Mark is a partner in the Times Square Theater Broadway 4D project.As a member of the World Economic Forum and TED, Mark created the Charles Schwab CEO series, Korn/Ferry's Leaders of the New Century series, and the American Express Leadership Dialogues for the Hesselbein Institute. He blogs for the Huffington Post and Virgin, and lives in Silicon Valley and Manhattan with two extraordinary women.Bonita Thompson has worked 25 years in human resources for global corporations, including Bank of America, Genentech, Levi Strauss, Pacific Telesis, Varian, and Catellus.She is a member of the Board of Governors of the Hesselbein Institute (formerly Peter F. Drucker Foundation for Nonprofit Management). She lectures globally and has taught leadership at John F. Kennedy University.She was Director of Research for Stanford professor Jerry Porras (and coauthors Thompson and Emery) on Success Built to Last, the sequel to Porras and Collins' Built to Last.Her American Management Association webinar, Double Your Value, is featured as an article in Dr. Marshall Goldsmith's book, Coaching for Leadership, which was described as "the single best collection of writings and writers on executive coaching," according to professor Warren Bennis at USC/Harvard.Bonita earned an MBA at the University of California, Berkeley; and a BA in Industrial Psychology (minor Statistics) from San Jose State University. She also holds an Honorary PhD from Mount Mary College.As a new HR executive, Bonita started her career recruiting the first 200 world-class geneticists to join a newly emerging industry led by pioneer Genentech, now owned by pharmaceutical giant Roche. At Levi Strauss, Bonita was on the team that built the first Human Resources intranet to administer HR online for employees globally. Bonita restructured compensation programs to be more performance driven at Bank of America when it was the world's largest bank. She created the HR Market Analyzer (a system to alert management about competitive pay) and reclassified 100,000 jobs.Bonita is a long-term supporter of the Girl Scouts, Save the Children, the Wheelchair Foundation, and the Center of Independent Learning (COIL), a California charter school where she focuses on educational empowerment for girls.