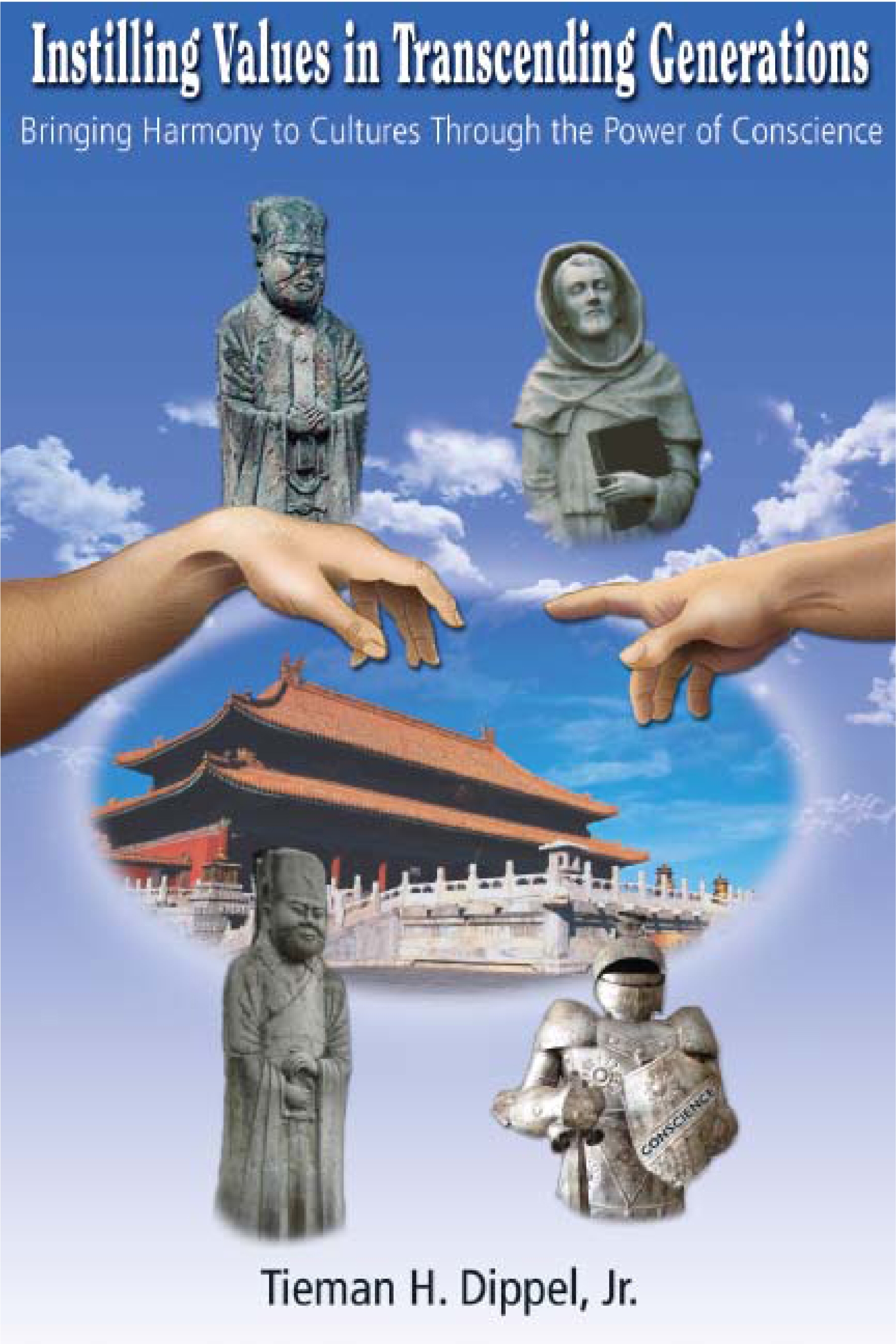 Bringing Harmony to Cultures Through the Power of Conscience

Instilling Values in Transcending Generations, the third of a series, updates the concept of Enlightened Conservatism and creates a paradigm of an organizing principle of conscience replacing the convenience that today uses the tactics of political terrorism and economic corruption. It is a book about the power of morality, conscience, the Golden Rule, the Common Good, and looks at personal dignity as the key point. Its essence is a world in which every man gives every other man the respect and rights he wishes for himself. It is implemented by individual responsibility and requires teaching future generations value based systems. Far from a Utopian ideal, it is a very relevant political concept that develops a system of triangles focusing on stability in society as forces of change and structures interest of the great powers of politics, economics, and culture and the methods of analytics, trends and measurement with prioritization. The culture of discipline in society (Rule of Law), ethics (The Golden Rule and Obligation), and service (non-profits, compassion) are examined. The first book of the series, The New Legacy was excerpted by Texas Business Magazine in the 1980's under a cover story "Be the Best", The Language of Conscience was a finalist for ForeWord Magazine's Philosophy Book of the Year and was the first Western book translated and published by the Press of the Central Party School of the Communist Party of the Peoples Republic of China. The School trains the Party's leadership, is its primary ideological think tank, and the Vice President is its head. President Hu served previously. The book compares Enlightened Conservatism with the Harmonious Society and includes the writings of three prominent Chinese leaders and Scholars. It is an intersection of the ideas of morality and ethics in the modern world, the Chinese American future relationship, and the lessons of history into which all of this must be placed. More detailed information can be found at www.thelanguageofconscience.com.

Other Titles from Texas Peacemaker Publications