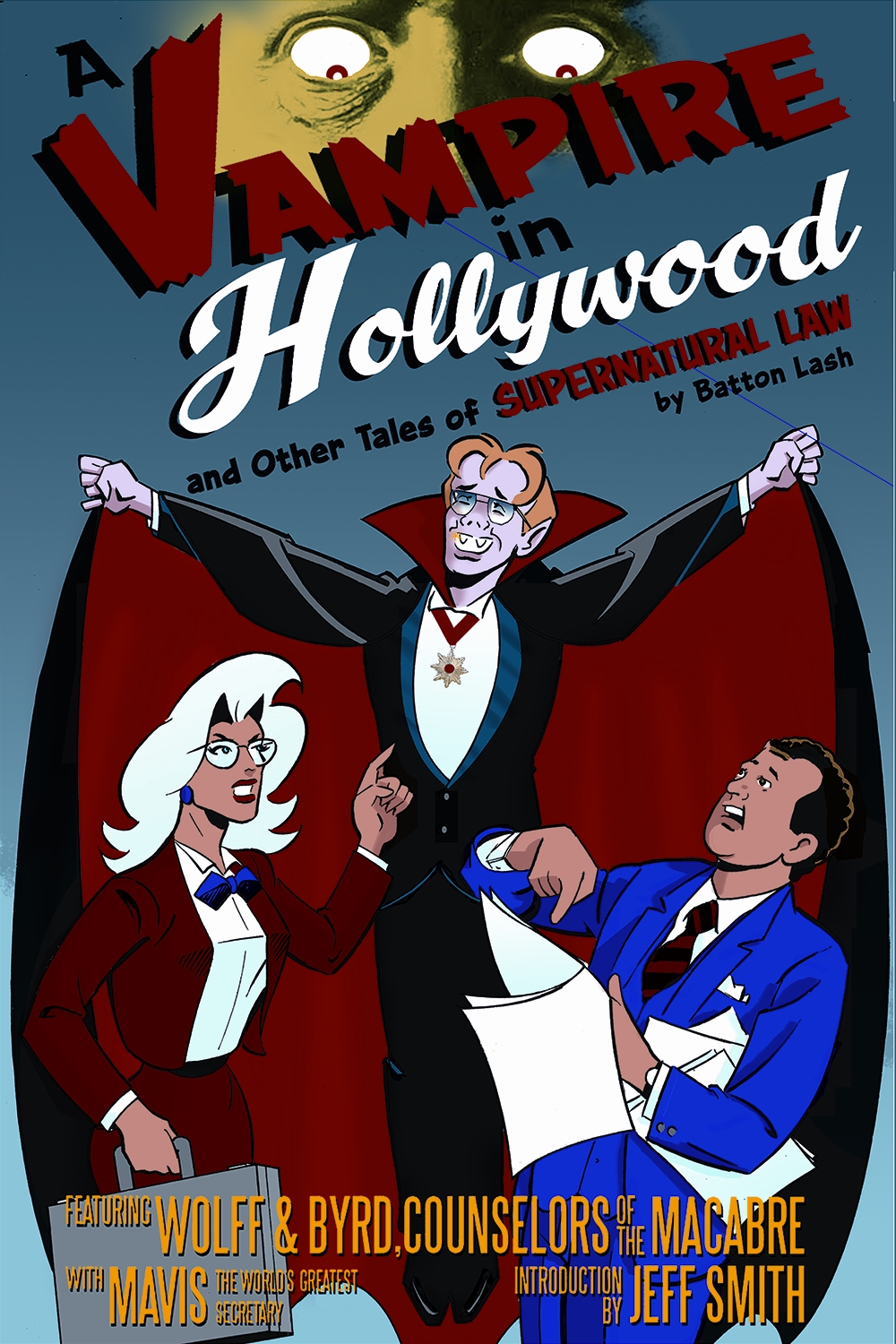 A Vampire in Hollywood

This volume 7 in this ongoing Supernatural Law trade paperback series that mixes humor, horror, and the law. This volume collects Supernatural Law issues 41-45 and Mavis 5. Among the clients represented by Wolff and Byrd, Counselors of the Macabre are a fifth-generation vampire who aspires to Hollywood stardom, a werewolf who's being stalked by a fan, and Troma's Toxic Avenger. Along the way they encounter producers who want to make a movie about them, TV talk show hosts, and works of art that come to life. Introduction by Bone's Jeff Smith.

Cartoonist Batton Lash studied at the School of Visual Arts with comics greats Will Eisner and Harvey Kurtzman. In the 1980s-1990s \"Wolff & Byrd, Counselors of the Macabre\" was a syndicated weekly strip. It became the comic book "Supernatural Law" in 1994 and a webcomic in 2007. The comics have been collected into numerous trade paperbacks. Batton has also done comics for Archie and for The Simpsons.