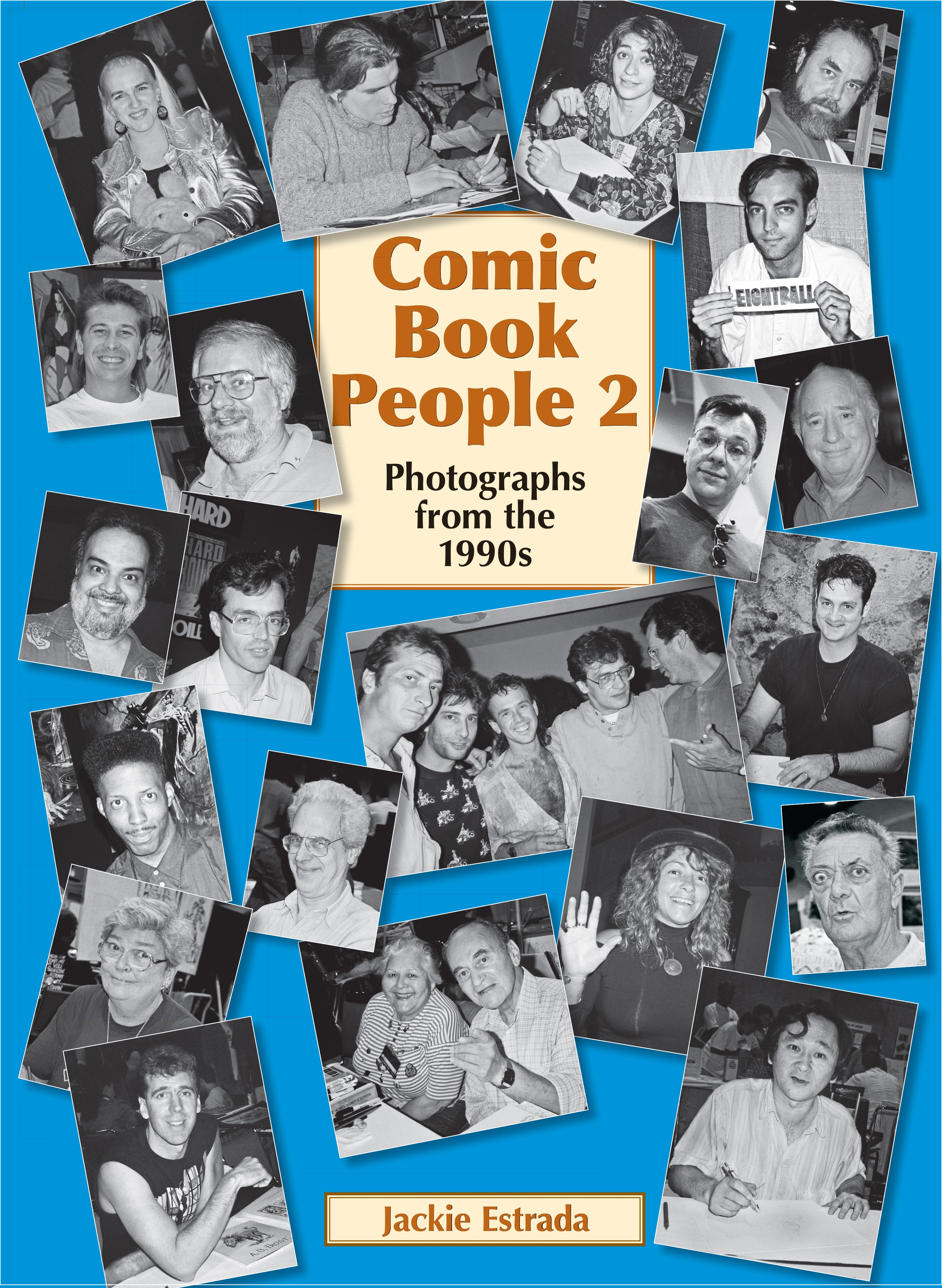 Photographs from the 1990s

This high-quality hardcover coffee-table book offers a unique peek at the comic conventions before they were big pop culture events, when the giants of the industry mingled casually with their peers and fans. It features some 600 candid photos of comics creators taken in the 1990s, along with commentary and anecdotes about each person. The candid photos depict not only Golden and Silver Age comic book greats and mainstream creators of the period, but also publishers and editors, underground and alternative cartoonists, big-name fans, comic strip cartoonists, animation directors and voice actors, science fiction and fantasy authors, and movie and TV celebrities.

Jackie Estrada has been involved in comics since the late 1960s, when she and her then-husband Davey Estrada collected comics and subscribed to just about every fanzine. She attended the first San Diego Comic-Con in the summer of 1970 and she has been to all of them ever since. She began volunteering with Comic-Con in 1975, handling PR chores. She went on to edit the souvenir book and other publications beginning in 1977, and off and on through the 1980s and into the 1990s. Since 1990 she has been the administrator of the Will Eisner Comic Industry Awards, comics' most prestigious awards program, and over the last decade she has produced Comic-Con’s at-show events guide. Jackie has been an avid photographer since her first course in college in the mid-1960s,and her photos of comics creators have appeared in numerous books and publications.