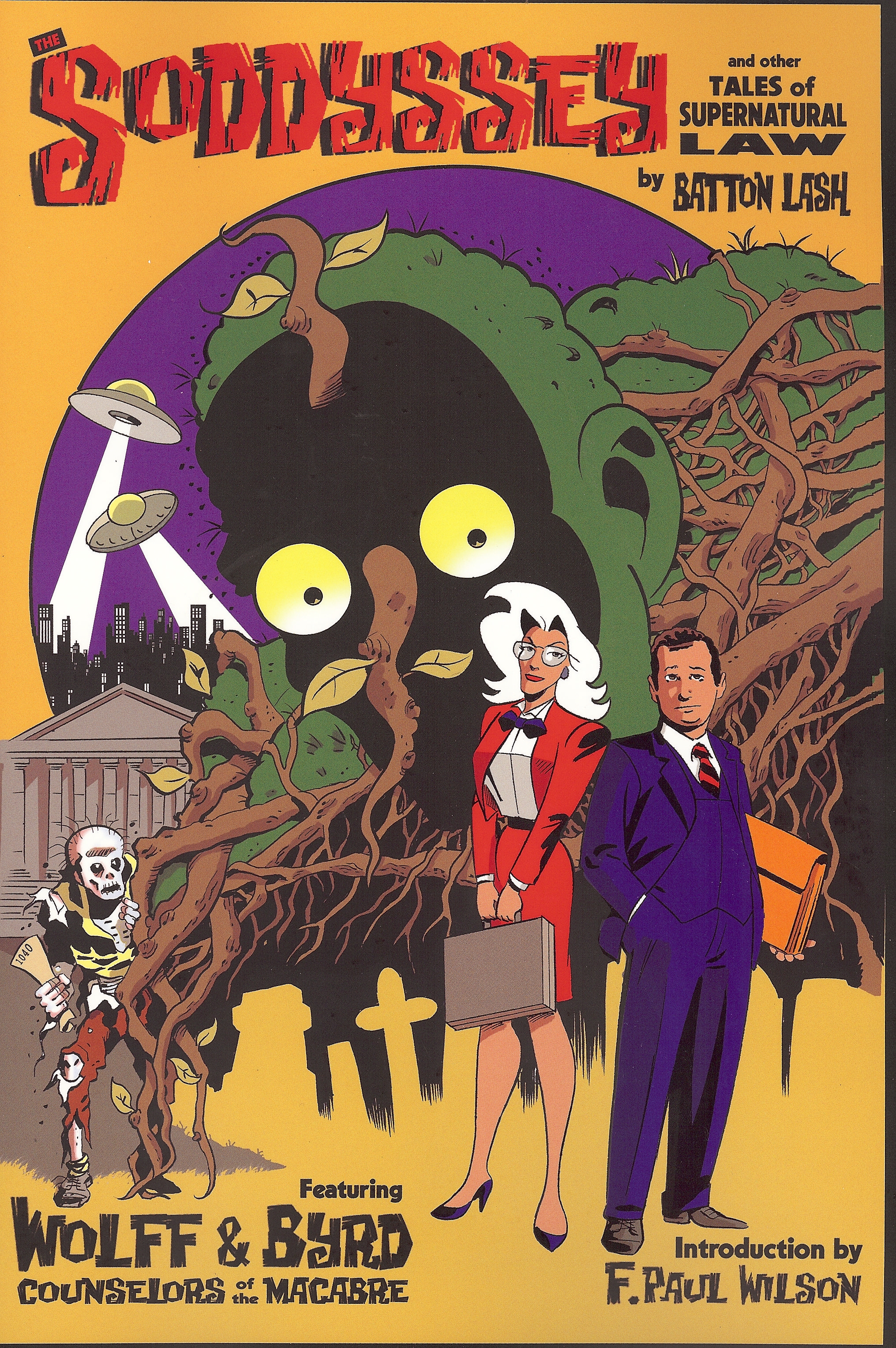 Beware the creatures of the night--they have lawyers! Attorneys Alanna Wolff and Jeff Byrd specialize in defending the supernatural--and the supernaturally afflicted! In this collection of eight issues from the popular comic book series, the lawyers handle the case of Sodd, The Thing Called It, a partman, partt-vegetation creature who is having his 15 minutes of fame. Other featured clients include a UFO fanatic, a guardian angel, a young woman who's carrying Satan's baby, a werewolf artist, Dracula, and more. This book is volume 2 in the Supernatural Law trade paperback series, following Tales of Supernatural Law.

Cartoonist Batton Lash is the creator of the humor/horror series Supernatural Law (aka Wolff & Byrd, Counselors of the Macabre). Batton studied cartooning and graphic arts at the School of Visual Arts in New York, where his instructors included Will Eisner and Harvey Kurtzman. In 1979 Brooklyn Paper Publications, asked Lash to create a comic strip, and he came up with aâ‚¬Å“Wolff & Byrd, Counselors of the Macabre,aâ‚¬Â which ran weekly in The Brooklyn Paper until 1996 and in The National Law Journal from 1983 to 1997. Since May 1994, Wolff & Byrd have held court in their own comic book series from Exhibit A Press, which Lash established with his wife, Jackie Estrada. \tLashaâ‚¬s other work has included writing for Archie Comics and the Radioactive Man (Simpsons Comics) series for Bongo Comics.