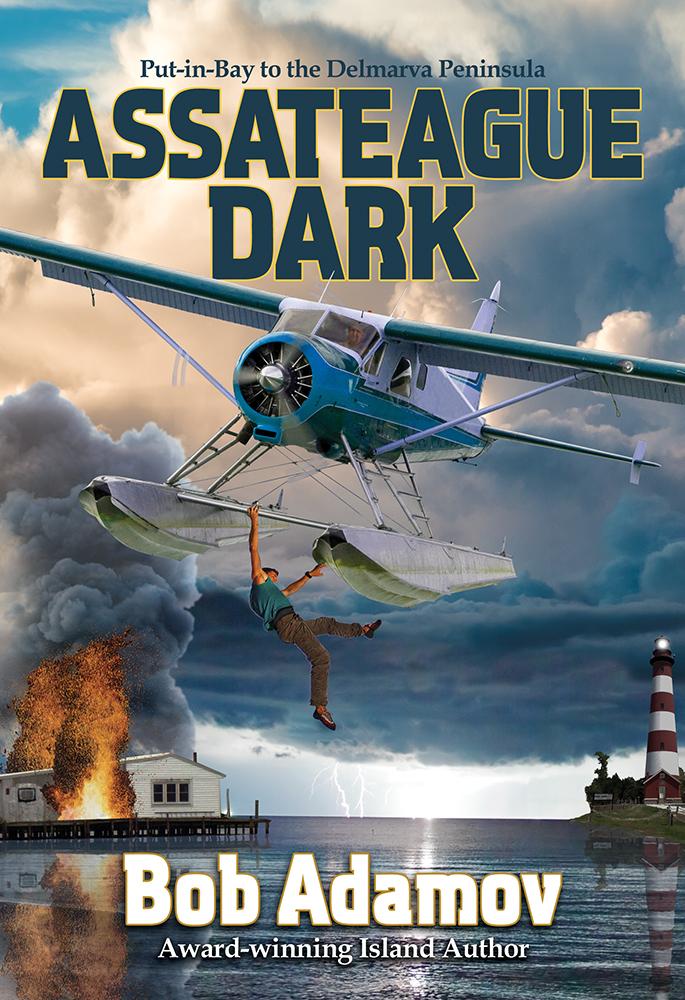 Investigative reporter Emerson Moore heads to Chincoteague Island to recover from physical and mental wounds brought on by his near-death escape in Cuba. He decides to ponder his future and rest quietly in the home of legendary Chincoteague Island duck carver Roe "Duc-Man" Terry, but his peaceful idyll is disrupted when he becomes embroiled in a drug trafficking operation on the Delmarva Peninsula.

With the help of Roe Terry and Chuck "Big Daddy" Meier, Moore's investigation unearths information that results in a lethal confrontation with drug lord Max Steiner at Steiner's Kings Creek waterfront fortress in Cape Charles. Moore accompanies the Drug Task Force on several raids in hopes of building a case that will stick against the slippery Steiner, but the closer he comes to nailing Steiner, the odds stacked against him become deadly.

Accustomed to perilous working conditions, Moore must leverage every bit of his skill and fearless daring to survive as he finds himself one foot in the grave.especially when he ends up unceremoniously dumped into a sealed coffin. Will he be able to escape, or will this be the end of Mr. Emerson Moore?

Set on Virginia's Delmarva Peninsula, the plot includes the annual Chincoteague Pony Swim; a lethal encounter in a Cape Charles restaurant; and shoot-outs near Accomac, Ocean City and the Redeye Fishing Club, plus an ensemble of spirited reprobates. Assateague Dark is filled with pulse-pounding, non-stop excitement and high stakes action.

Bob Adamov is an award-winning Ohio mystery adventure author whose stories are based in the Lake Erie South Bass Island resort village of Put-in-Bay, the "Key West of the Midwest." His novels follow the adventures of Washington Post investigative reporter Emerson Moore, and are written in the style of Adamov's favorite author, Clive Cussler.

Adamov was the featured author at the 2006 Ernest Hemingway Days' Literary Festival in Key West and named Writer of the Year by the University of Akron's Wayne College in 2010. Adamov has also presented for several of the Clive Cussler Collectors' Society conventions. In 2020, Publish Ohio named Adamov as one of their favorite authors.