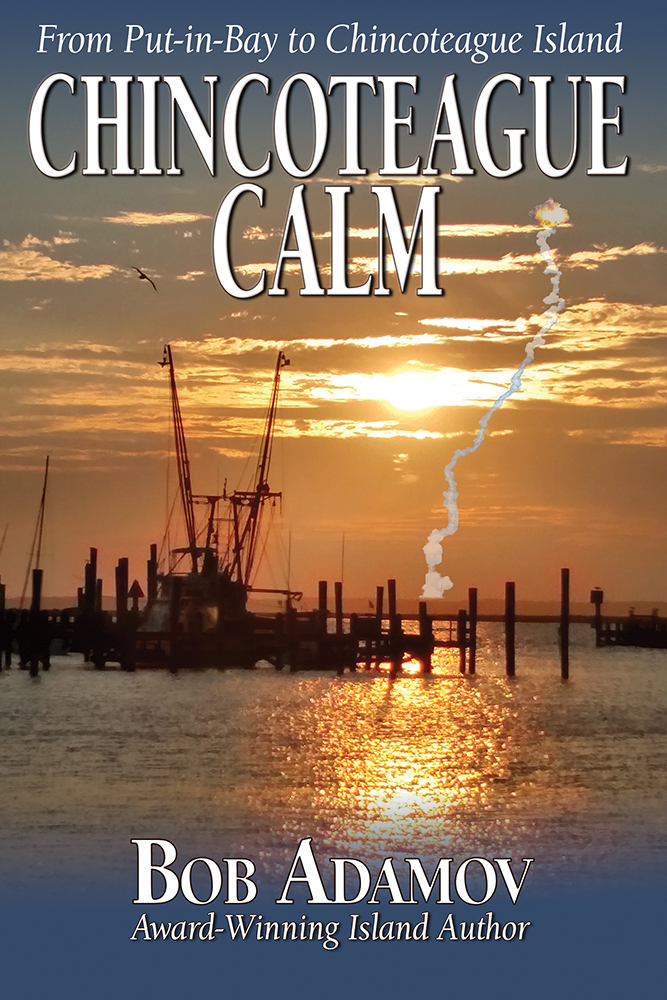 From Put-in-Bay to Chincoteague Island

Assisted by the sultry director of nearby Wallops Island's NASA facility, the sarcastic head of NASA security, the charming owner of Captain Bob's Marina, and a mysterious loner, Moore works his way through a maze of suspects, including some local troublemakers and rocket experts from Russia, China and Europe—any of whom might be motivated to sabotage the U.S. space program.

Bodies start dropping faster than horses running from a wildfire while Moore is still knee-deep in identifying who's behind all the chaos, treachery and deception. Lives can be saved if only Moore can discover who is sabotaging the U.S. space program—and why—all while preventing himself from becoming a victim.

Murder, cross and double cross. Who's telling the truth?

Mixed with local Chincoteague Island flavor and characters, Chincoteague Calm is a breathless roller-coaster ride filled with twists, turns and gut-wrenching surprises as Moore works furiously to break through the fog of deception that has enveloped the once-peaceful island.

Bob Adamov is an award-winning Ohio mystery adventure author whose stories are based in the Lake Erie South Bass Island resort village of Put-in-Bay, the "Key West of the Midwest." His novels follow the adventures of Washington Post investigative reporter Emerson Moore, and are written in the style of Adamov's favorite author, Clive Cussler.

Adamov was the featured author at the 2006 Ernest Hemingway Days' Literary Festival in Key West and named Writer of the Year by the University of Akron's Wayne College in 2010. Adamov has also presented for several of the Clive Cussler Collectors’ Society conventions. The first Emerson Moore novel, Rainbow's End, was a finalist as the top fiction novel for the 2003 Great Lakes Book Award competition that was won by the Pulitzer Prize-winner, Middlesex. His novels have won awards at the New York Book Festival, Hollywood Book Festival, London Book Festival, Great Midwest Book Festival, Florida Book Festival and the Indie Awards.

A graduate of Kent State University, Adamov resides in Wooster, Ohio. He can often be seen in Put-in-Bay, Key West and the Cayman Islands with his scuba diving and treasure hunting friends. Previously, he worked for an Arlington, Virginia-based defense contractor in the intelligence sector.