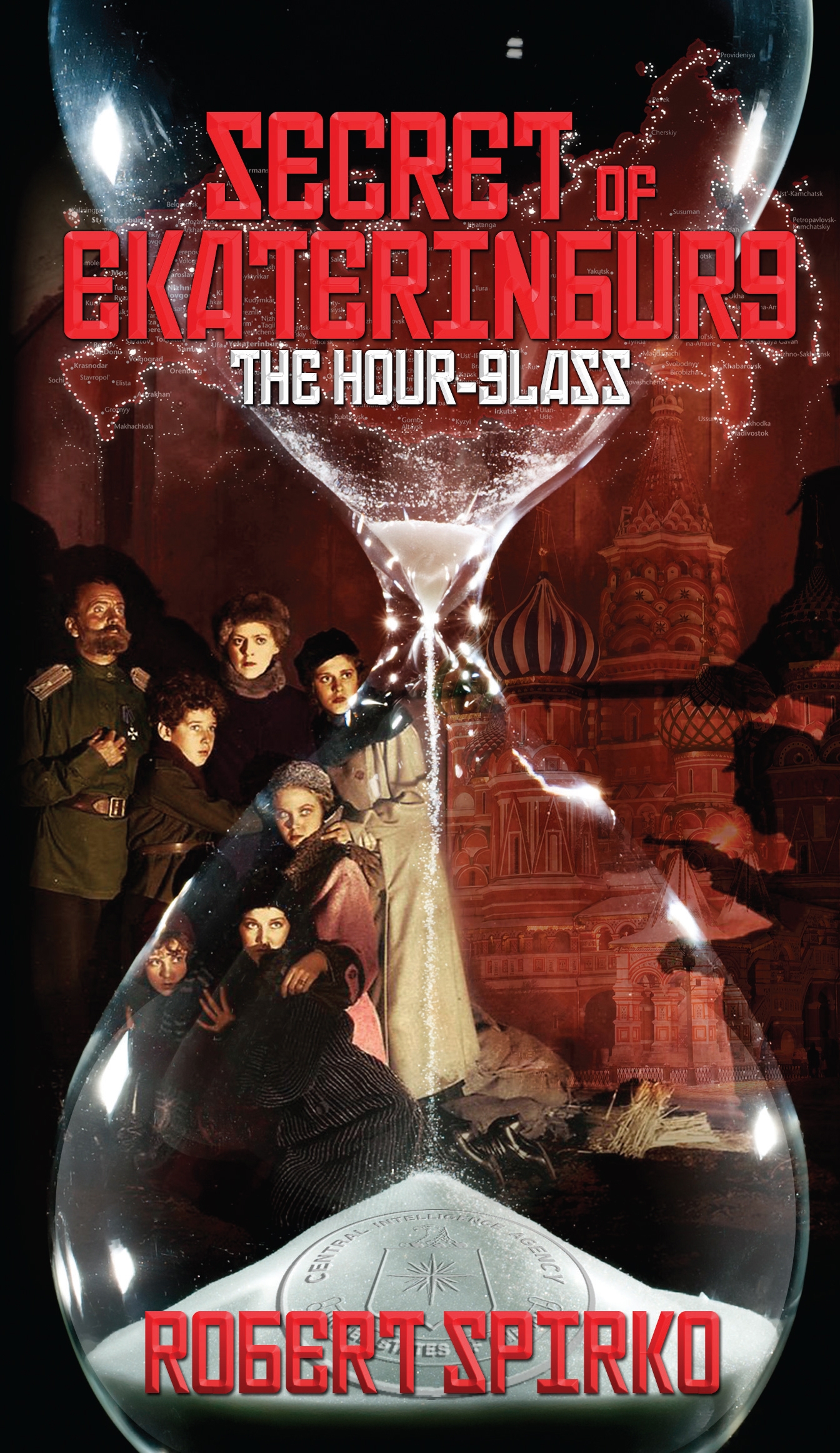 From the best-selling author of The Palestine Conspiracy who predicted the Intifada, the Persian Gulf War, and the liberation of Libya, Robert Spirko's new novel, the Secret of Ekaterinburg: The Hour-Glass, reveals a tale of intrigue, love, hope and historical consequence when justice meant revolution and freedom meant escape. Starting with the brutal murder of Czar Nicholas II and his family in Ekaterinburg ordered by Lenin's Bolsheviks, suddenly, out of Russia, there comes a family that holds deep and ordained secrets that can unlock the shackles of misery for millions. In remembrance of this historic carnage, one person escaped to tell the truth of that fateful night after a Lenin death squad executed the Romanov family in cold blood without trial. Then, as now, only a few knew the real truth behind the Bolshevik motives that led to the untold thousands who would succumb to Trotsky's and Stalin's deadly purges. Relax, if you can, as you begin a veiled journey into the evil depths of red terror, of secret murderous deals by Beria and his Cheka and NKGB killers. Sergei Boscov and Andre Kirov, two boyhood friends, raised on a dacha in the Urals, kindle a lifelong brotherhood, even as they go their separate ways-Andre to a political career; Sergei to a military one-do they finally discover who their sister "Ana" really was. In a stunning conclusion, they become interlocked in a saga of espionage and deception which holds the lives of millions in the balance. From the Urals to Moscow, from Langley to London, and from Tehran to Jerusalem, Spirko weaves a spy-thriller that will ensnare the world in a crisis of colossal proportion as CIA analyst Alex Ayers discovers that nuclear missiles are headed for Iran in exchange for this "miracle" of Ana. When you realize what is happening, it's too late. The Secret of Ekaterinburg has the power to restore everything. Remember, 1918 is now.

Robert Spirko is a graduate of the Kent State University School of Journalism and studied for his MBA at the same school. Now, a full time author, he was previously a Middle East analyst and owned his own investment advisory firm near Cleveland, Ohio, and was responsible for predicting wars in the Middle East, including the recent Libyan intervention.His remarkable ability to forecast events before they occur has been described as truly uncanny by his friends and acquaintances. His predictions about a coming war with Iran are dire unless steps are taken to neutralize Iran's drive for nuclear weapons and missiles that can threaten Israel and the United States, as well as Russia, Great Britain, all of Europe, and the Middle East region as a whole."The nuclear option for Iran must be stopped. Iran's leadership must understand the continuing march toward weapons of mass destruction and terrorism against nations who wish to live in peace will end in the complete destruction of that nation and others like it."Time is running out in the hour-glass.