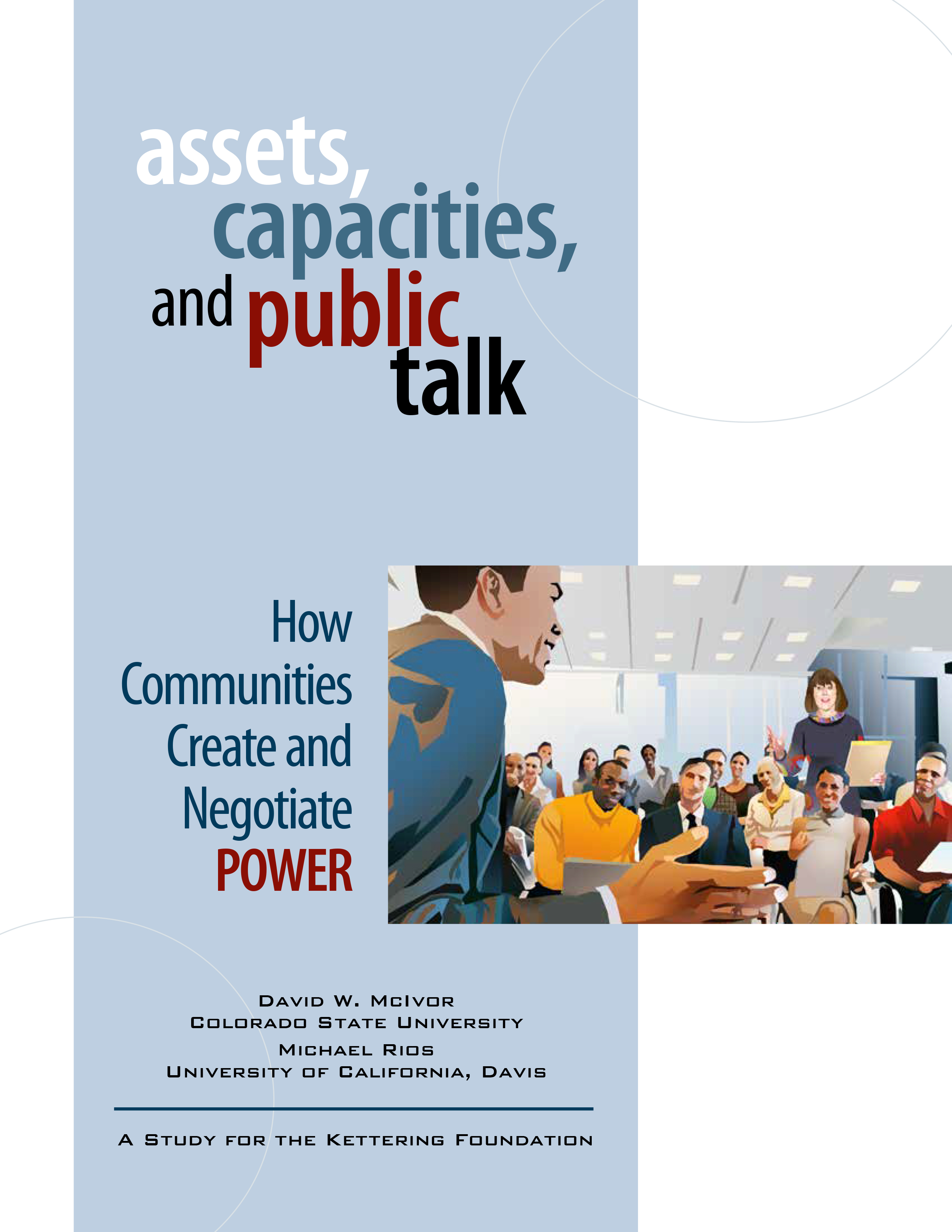 How Communities Create and Negotiate Power

In this study for the Kettering Foundation, authors David W. McIvor, a former Kettering resident researcher and currently assistant professor of political science at Colorado State University, and Michael Rios, associate professor of urban design at the University of California, Davis, explore citizens’ notions of power and powerlessness. “Citizens today,” they write, “seem leery of the language of power, in part because they feel as if power is elsewhere. Civic withdrawal, cynicism, and apathy are inextricably linked with these feelings of powerlessness. Yet democracy presumes that power ultimately resides in citizens’ capacities to act, to initiate public projects, and to collaboratively shape their common world. The absence of power talk, then, both reflects and magnifies a worrisome civic power outage.”As Kettering Foundation president David Mathews has noted, one of the systemic problems of democracy is citizens’ perception “that they can’t really make a difference in politics because they don’t have the necessary resources.” McIvor and Rios state that, by assuming their own lack of agency, citizens come to accept a life of structural constraints. What could move citizens back towards the space of public action and civic capacity? This study asserts that it is the work of articulating and publicly deliberating about those constraints. Talking about power makes power possible.Noting the need for public spaces in which citizens can identify and work through issues related to felt constraints on action and feelings of powerlessness, McIvor and Rios present a case study of the redesign of a transit plaza in San Francisco. The example shows how citizens and institutions can establish new relationships, modes of interaction, and collaboratively shape the future of their communities. It also shows that, to accomplish these tasks, citizens and communities need to engage in frank conversations about power. These conversations erode feelings of powerlessness, help establish trust across historical divides, and create new collaborative relationships and habits of interaction within a particular community. When experiences with power and powerlessness are shared publicly, the actual operations of power in a space can shift in dramatic fashion.

David W. McIvor is assistant professor of political science at Colorado State University. Before joining the faculty at CSU, McIvor served as a postdoctoral research associate at the Kettering Foundation. His research interests are at the intersection of democratic theory and critical theory, and he has published in a variety of journals, including Political Theory and Constellations. While at the Kettering Foundation, McIvor coedited Democratizing Deliberation (with Noëlle McAfee and Derek Barker)—a collection of essays on contemporary democratic theory. His first solo-authored book, entitled Mourning in America: Race and the Politics of Loss, will be published by Cornell University Press in the fall of 2016.