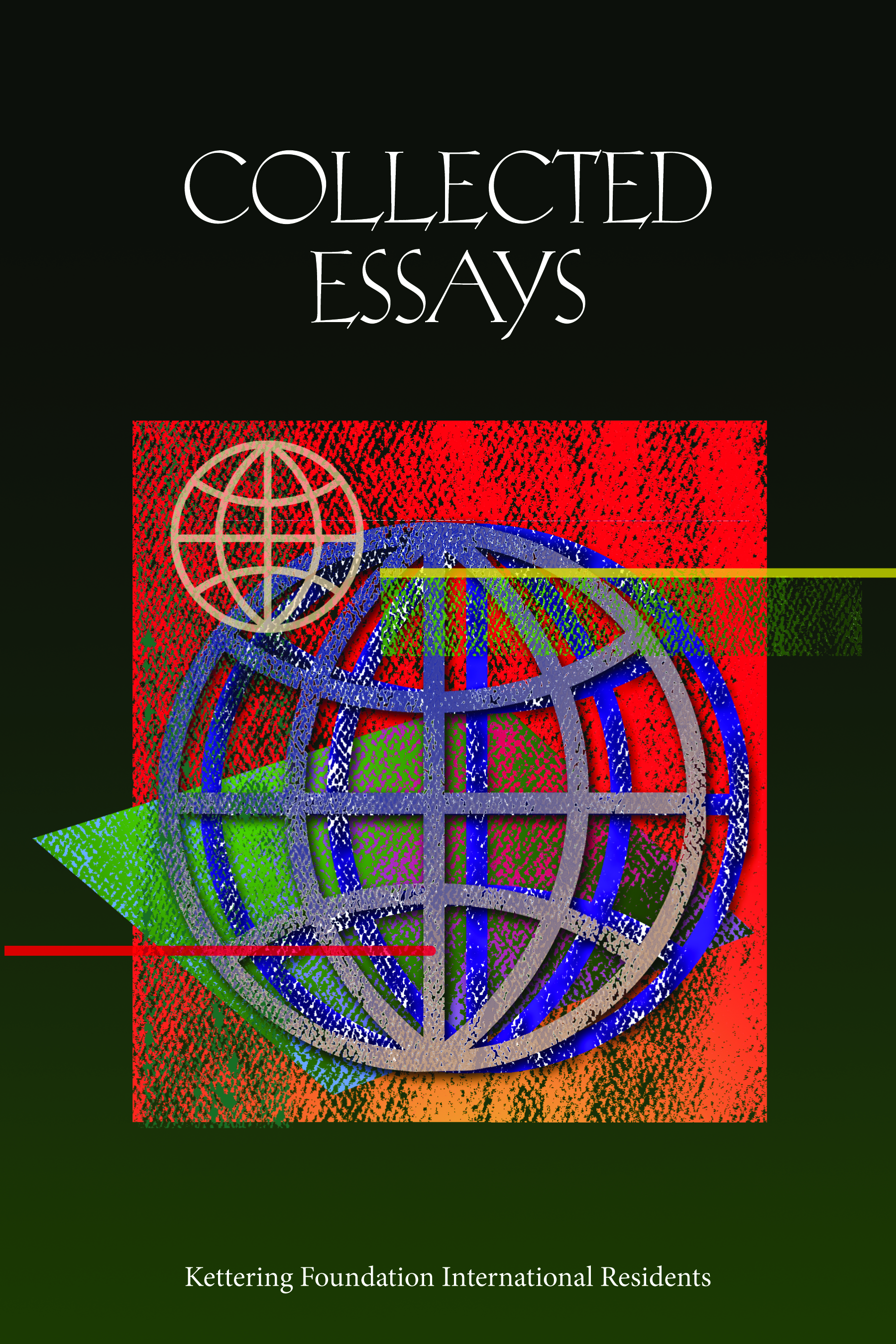 Some of the rich contributions to research at the Kettering Foundation come from the many visitors and residents who stay at the foundation for short periods of time and work on ideas related to the research of the foundation, but considered through their own lenses of practice and place. Collected Essays gathers excerpts or adaptations of reports on research projects conducted by some of Kettering’s international fellows during their stay at the foundation. The subjects are as varied and far-flung as the fellows themselves, who are from Zimbabwe, Colombia, Brazil, China, Russia, and New Zealand. These essays reflect the learning that grew out of their stay and their research in their home countries. They are intended, among other things, to provide ideas, guidance, and inspiration for those who come after them. Chapters in this volume include: Foreword, Maxine Thomas Implementation of the Chinese and US Constitutions: A Comparative Study, Zhai Guoqiang No Deaf Left Behind, Leonardo Neves Correa Global Trends in Agricultural Policymaking and Production, Tendai Murisa An Analysis of Ideological Factors in the Selection Process for Justices of the Supreme Court in the United States, Liu Hui Can the Equal Protection Doctrine in the United States Be Applied to Judicial Practice in China?, Jing Zhou Putting Our Minds Together for a Better Future, Harley Eagle Strategies for Creating a Friendly Environment in an Unfriendly World, Alina Starinets Cross-Cultural Management of International Education, Zhang Chunping The Rural Issue in Colombia at the National and Local Levels, Angela Navarrete-Cruz “Who Are We?,” Guo Jie An Interview with Maureen Gillon, Maura Casey

Ilse Tebbetts, a free-lance contractor, has worked as an editor and writer for the Kettering Foundation since 1986, editing books and NIF issue guides, as well as writing and editing numerous other reports and publications issued by the foundation.