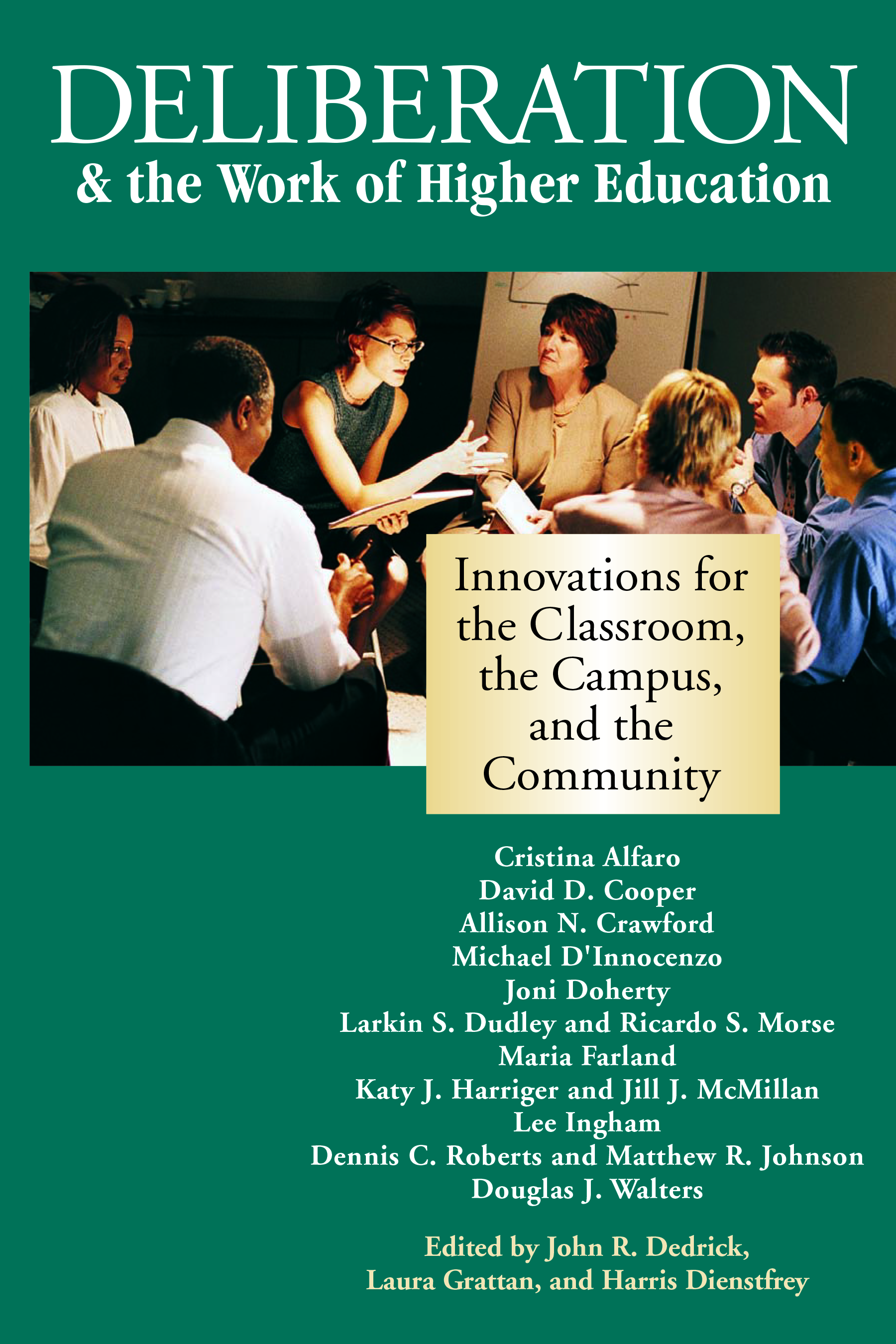 Deliberation & the Work of Higher Education

Innovations for the Classroom, the Campus, and the Community

This book, edited by Kettering Foundation Vice President and Program Director John Dedrick along with Laura Grattan and Harris Dienstfrey, demonstrates how deliberation can help higher education renew its mission of preparing citizens to sustain democracy and stimulate civic involvement on college campuses around the country. It also describes how deliberative dialogue—in both the classroom and on campus—can promote learning and problem solving amidst a culture of argument, debate, and polarization that is prevalent on campus and in society. First and foremost, however, it is a book about the possibilities of deliberation and the ways in which teachers and administrators can adapt it to their instructional and organizational goals.

John Dedrick is vice president and program director at the Kettering Foundation. He has a longstanding research interest in the theory and practice of democracy and has worked closely with higher education professionals and community-based forum moderators on numerous scholarly and community-based research studies.