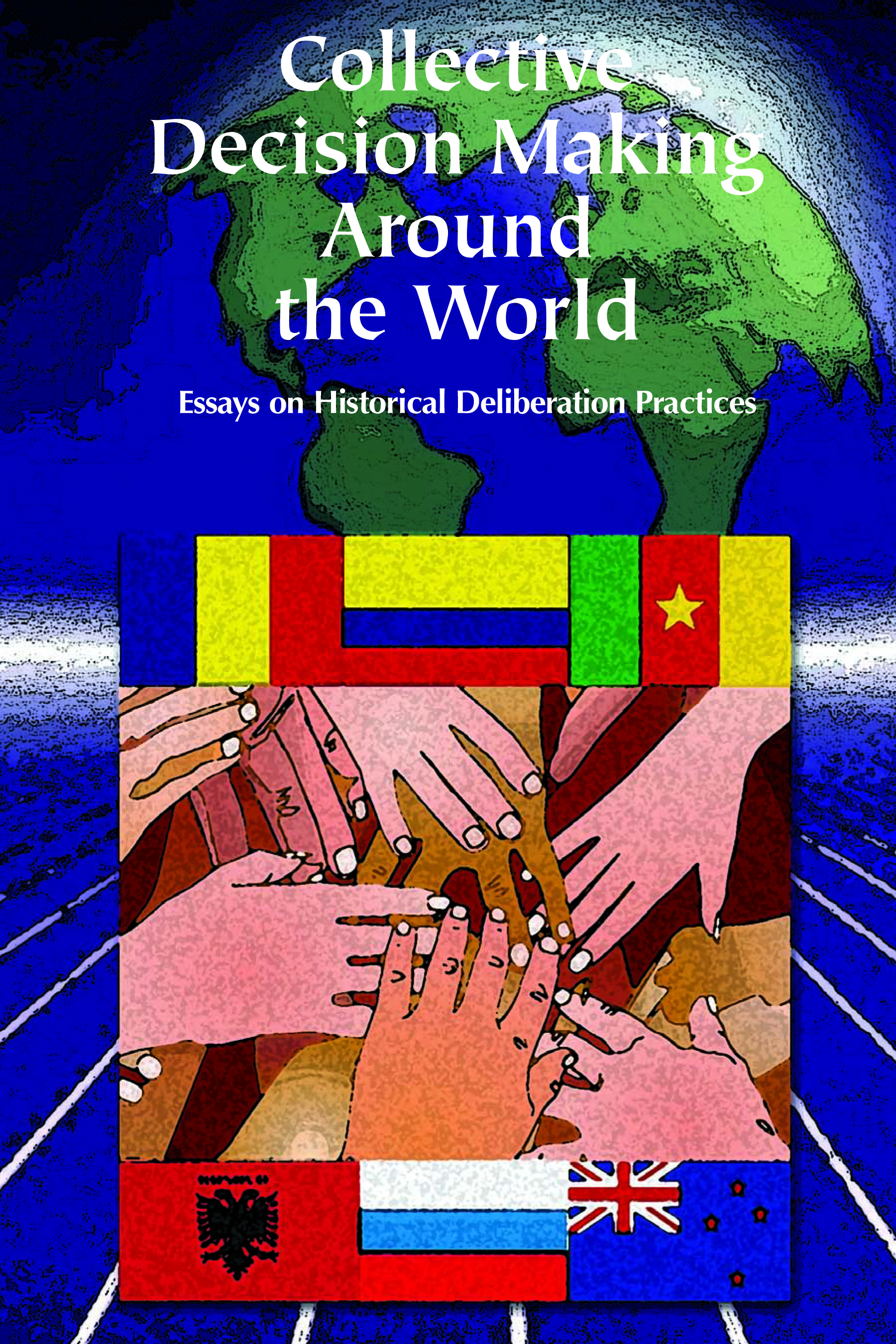 Collective Decision Making Around the World

Is public deliberation rare? How widespread has it been? Are deliberation’s organic practices at the very core of collective decision making? Did it exist before governments developed?  The case studies included in this book, edited by Kettering Foundation program officer Ileana Marin, begin to answer these questions. The research suggests, rather paradoxically, that deliberation may have been widespread throughout the world and throughout history. Taken as a whole, the case studies also show that deliberation is both fragile and powerful. It can be destroyed by top-down politics, but like a sturdy plant, if eradicated in one area, it reseeds itself in another. Collective Decision Making around the World includes chapters written by international colleagues of the Kettering Foundation. In spite of the challenge of finding accurate historical records, this volume contains six case studies describing deliberative practices in six countries: Albania, Cameroon, Colombia, New Zealand, Romania, and Russia. Chapters in this volume include: Introduction, Julie Fisher and Ileana Marin Background Paper: The Political Anthropology of Civil Practices, Noëlle McAfee and Denis Gilbert Traditional Decision-Making Processes: The Case of the Baka People in Cameroon, Joseph Sany Nzima Artisan Democratic Societies: Colombia, 1830–1870, Catalina Arreaza and Gabriel Murillo Ancient Public Deliberation and Assembly in the Code of Lekë Dukagjini, Daut Dauti Pacific Ways of Talk—Hui and Talanoa, David Robinson and Kayt Robinson The Romanian Sfat: A Historic Deliberative Experience, Ruxandra Petre Early Traditions of Collective Decision Making in Russia, German Artamonov and Denis V. Makarov Afterword, David Mathews.

Ileana Marin is a program officer at the Kettering Foundation. She has been affiliated with the foundation since 1997, after having participated in international workshops held by Kettering between 1994 and 1996. Her contributions to the foundation’s work are of a research, programmatic, and managerial nature, and are conducted nationally and internationally on matters related to civil society, democracy, dialogue and deliberation, community building and civic engagement, and collective decision making. Her current work spreads over a number of the foundation’s more specific areas of research and inquiry, such as community politics, multinational research, public-academy, and civic organizations and philanthropy. She is the ongoing liaison with contributors to research exchanges with the Antonio Núñez Jiménez Foundation for Nature and Humanity in Cuba and the Arab Network for the Study of Democracy. She is editor and translator of the Romanian edition of David Mathews’ Politics for People (Politica pentru fiecare, Edimpress-CAMRO, 2003), editor of Collective Decision Making around the World: Essays on Historical Deliberative Practices (Kettering Foundation Press, 2006), coeditor of Initiatives in Active Citizenship (Kettering Foundation Press, 2015), and coeditor of Beyond Politics as Usual: Paths for Engaging College Students in Politics (Kettering Foundation Press, 2017). In addition, she contributes to the foundation’s annual periodical, Connections. Marin holds an MA in Romanian and Hungarian linguistics and cultures from Bucharest University, Romania, and Janus Pannonius University, Pécs, Hungary; completed studies toward an MA in ethnic and minority studies from the School of Sociology, Eötvös Loránd University (ELTE), Budapest, Hungary; and holds an MA in human and organizational development from Fielding Graduate University, California, where she also completed studies toward a PhD.