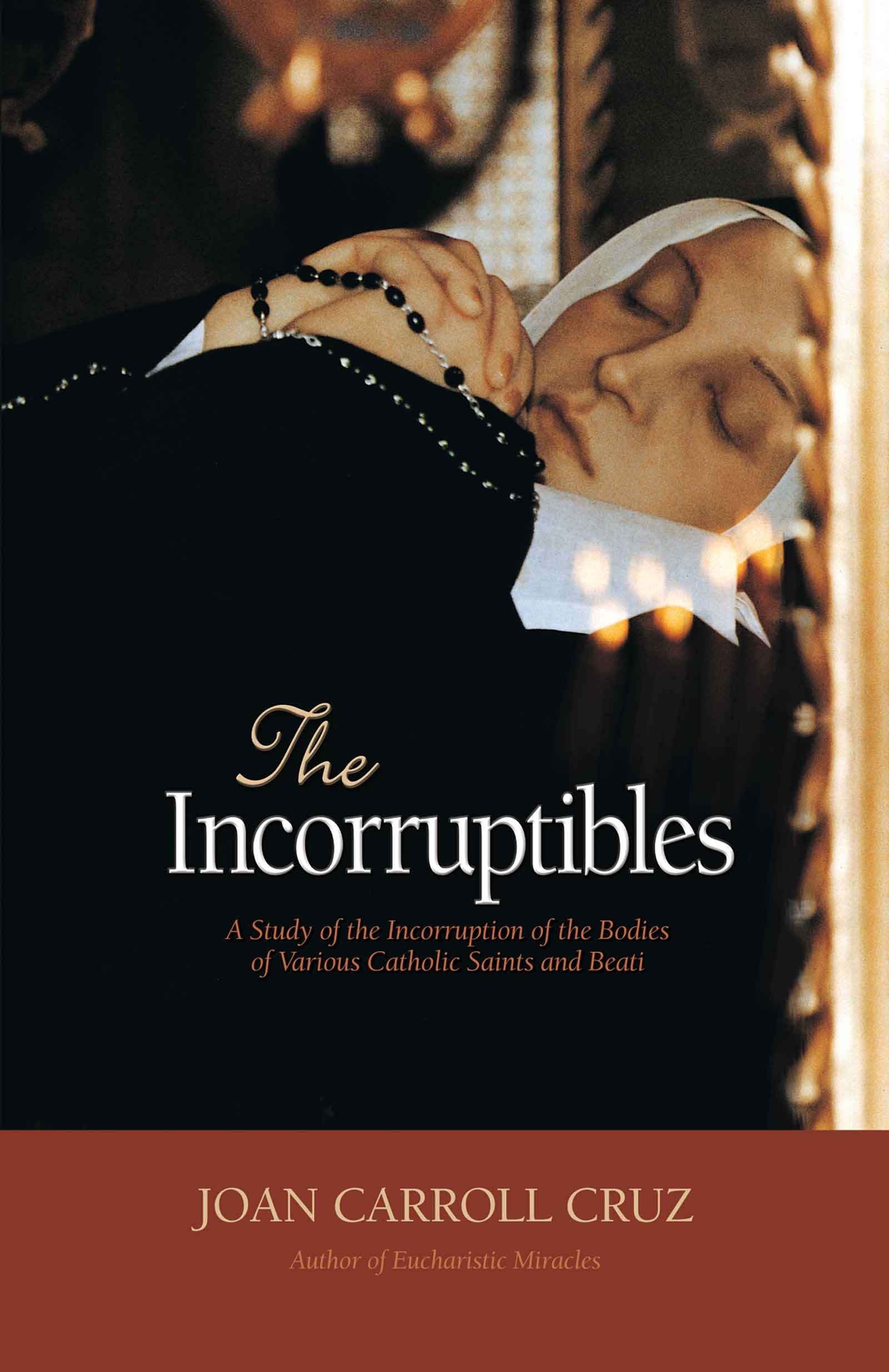 Continuously popular since it first appeared in 1977, TheIncorruptibles remains the acknowledged classic on the bodies of saints that did not undergo decomposition after death. Many remained fresh and flexible for years, or even centuries. After explaining both natural and artificial mummification, the author shows that the incorruption of the saints' bodies fits neither category but rather constitutes a much greater phenomenon that is unexplained by modern science to this day. The author presents 102 canonized saints, beati, and venerables, summarizing their lives, the discovery of their incorruption, and investigations by Church and medical authorities.The incorruptible bodies of saints are a consoling sign of Christ s victory over death, a confirmation of the dogma of the Resurrection of the Body, a sign that the Saints are still with us in the Mystical Body of Christ, and proof of the truth of the Catholic Faith—for only in the Catholic Church do we find this phenomenon. Impr. 342 pgs 33 Illus, .

Joan Carroll Cruz is a native of New Orleans and is the educational product of the School Sisters of Notre Dame. She attended grade school, high school, and college under their tutelage. Mrs. Cruz has been a tertiary in the Discalced Carmelite Secular Order (Third Order) since 1968 and has served as Mistress of Formation (Novice Mistress) for eight years. For her non-fiction books, Joan Carroll Cruz depended heavily on information received from foreign shrines, churches, convents, and monasteries. Her books include The Incorruptibles, published in 1977; Desires of Thy Heart, a strongly Catholic-themed novel, also in 1977; Relics, published in 1983; Eucharistic Miracles in 1987; Secular Saints in 1989; Prayers and Heavenly Promises in 1990; Miraculous Images of Our Lady in 1993; Miraculous Images of Our Lord in 1995; Mysteries, Marvels, Miracles: In the Lives of the Saints in 1997; Angels & Devils in 1999; and Saints for the Sick in 2010.