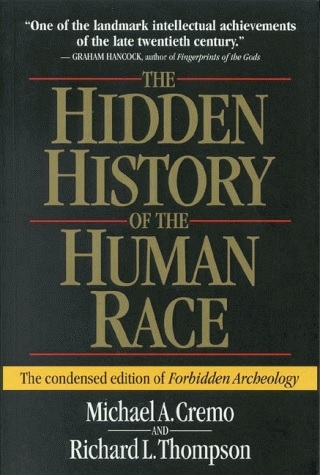 Hidden History of the Human Race

The Condensed Edition of Forbidden Archeology

Hidden History is a detective novel as much as a scholarly tour de force. But the murder is not the butler. Neither is the victim a rich old man with many heirs. The victim is man himself, and the role of the assassin is played by numerous scientists.

Michael A Cremo is a research associate of the Bhaktivedanta Institute specializing in the history and philosophy of science. His persistent investigations during the eight years of writing Forbidden Archeology documented a major scientific cover-up. Richard L. Thompson, founding member of the Bhaktivedanta Institute, received his Ph.D. in mathematics from Cornell University.

Other Titles from Torchlight Publishing