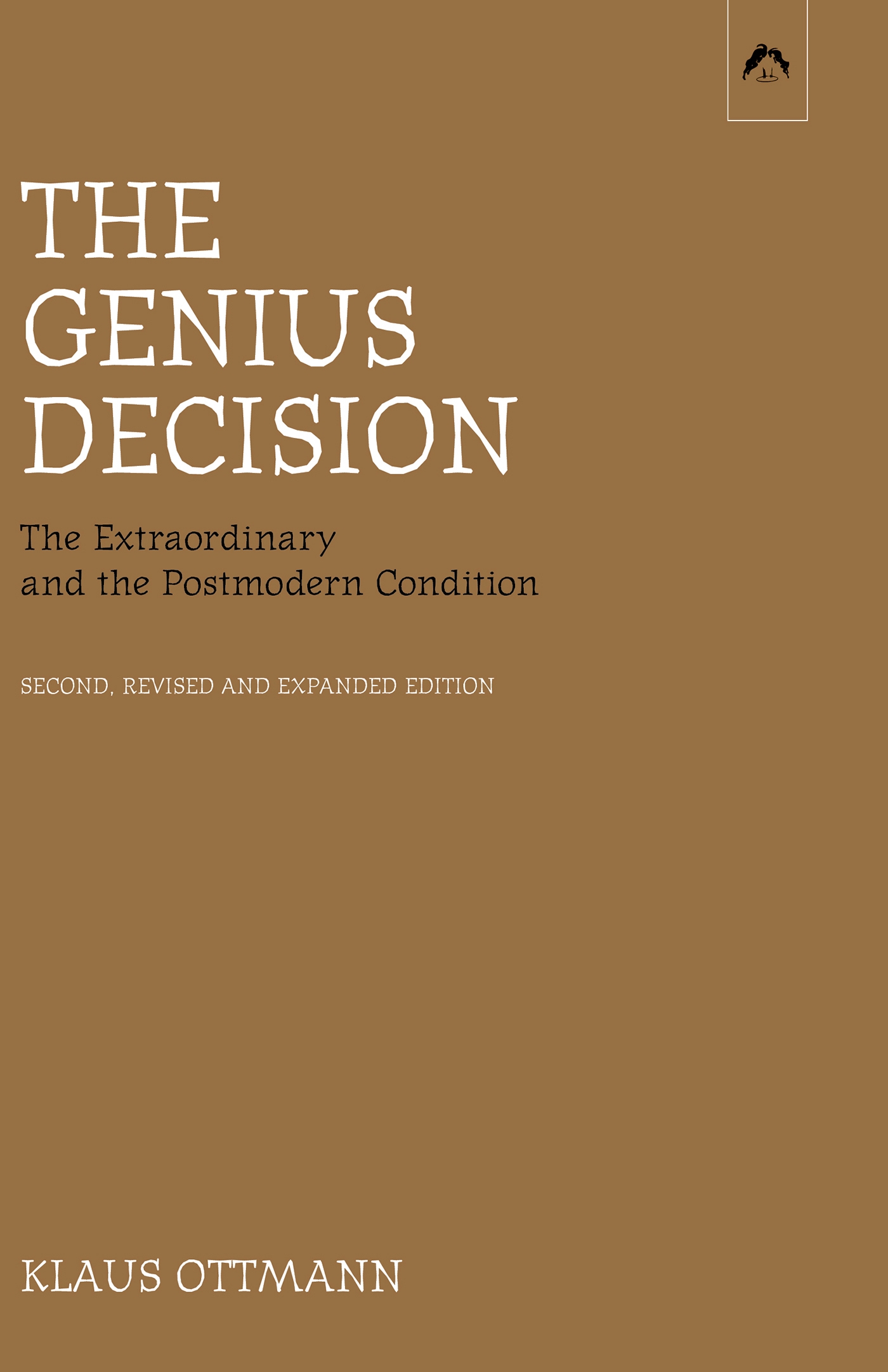 The Extraordinary and the Postmodern Condition, second, revised and expanded edition

THE GENIUS DECISION is not an attempt at explaining or predicting genius. Nor is its goal to construct a concept or the concept of genius. Rather, the following should be considered as a horizon of conceptual events that constitute an philosophy of desire within the ethical-aesthetical writings of seven of Western philosophy’s most influential thinkers: Spinoza, Schelling, Kierkegaard, Nietzsche, Peirce, Wittgenstein, and Heidegger. This postmodern reevaluation of genius suggests that while there is no essentialist quality of genius, the postmodern artist can reach the Extraordinary by way of an active-passive Genius Decision, which is engaged in an activity of failure in its desire to represent the Nonrepresentable.

Klaus Ottmann is a philosopher, writer, and curator based in New York. He has written numerous essays on art, design, and philosophy, and is the author of The Genius Decision: The Extraordinary and the Postmodern Condition; The Essentialâ„¢ Michelangelo; The Essentialâ„¢ Mark Rothko; Wolfgang Laib: A Retrospective; and James Lee Byars: Life, Love, and Death. He is the curator of the sixth SITE Santa Fe international biennial, which takes place between July and December 2006.