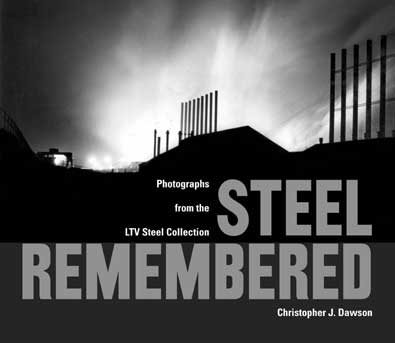 Photos from the LTV Steel Collection

A photographic showcase of the heyday of the steel industry

In the first half of the twentieth century, the steel industry was the major heavy industry in the U.S. and the bellwether of regional economic might. Today, the remnants of the steel industry are rapidly disappearing. The once giant mills that employed thousands are slowly decaying or have been torn down.

This decay and decline has attracted numerous photographers, and a number of books have been published highlighting the rusting hulks of a once-proud industry. However, instead of photos depicting an industry in decline, the images in Steel Remembered show the steel industry at its zenith, when it was the standard by which all other industries were measured.

Selected from the LTV Steel Collection donated to the Western Reserve Historical Society in Cleveland, Ohio, after LTV’s bankruptcy in 2000, photographs were chosen for their artistic quality, their importance in explaining industrial processes, and for their human interest. In preserving historical images from independent companies later purchased or taken over by LTV, the collection also provides a striking visual genealogy for LTV Steel.

Photographers and those interested in the history of the steel industry will find this book an invaluable addition to their collections.

Christopher J. Dawson was the curator of Urban and Industrial History at the Western Reserve Historical Society and was instrumental in saving the LTV Steel Collection. He currently works as a development officer for a nonprofit organization in Cleveland, Ohio.