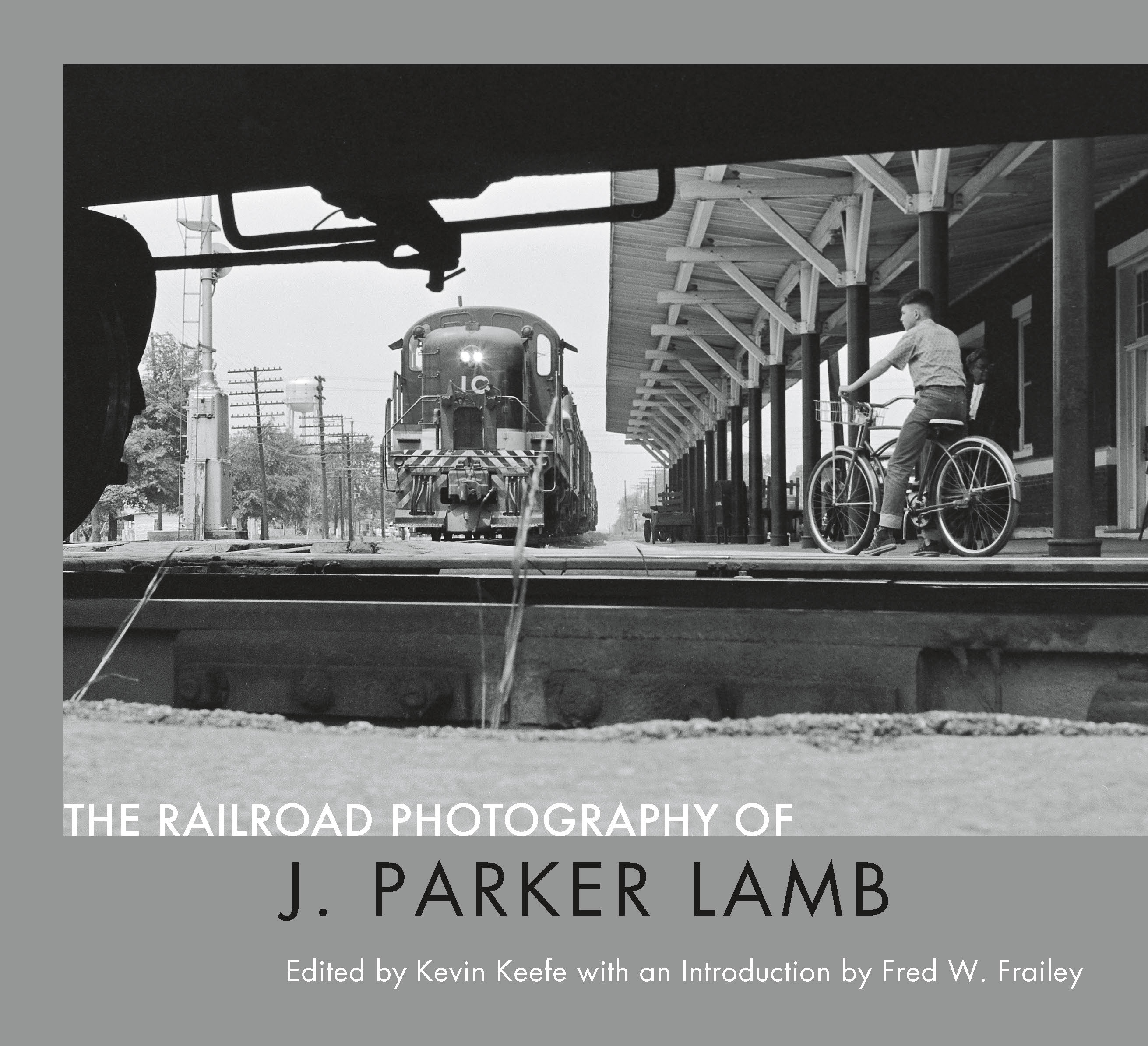 The Railroad Photography of J. Parker Lamb showcases the black-and-white imagery of a master of the craft. Parker Lamb came of age in the South and the Midwest during a time of great transition on railroads in the United States. New technology was replacing the steam locomotives and labor-intensive practices that had dominating railroading for more than a century. Cameras in hand, Lamb bore witness to the end of that era and continued to vividly portray all that followed. His lyrical photographs depict new diesels, waning passenger trains, blossoming freight business, and many of the people who worked in, and were captivated by, the great American institution of the railroad. A biographical essay by noted transportation journalist Fred W. Frailey explores Lamb’s life and photographic contributions, while captions by former Trains magazine editor Kevin P. Keefe add context to Lamb’s imagery.

Fred W. Frailey has written about railroads for more than fifty years. A native of Sulphur Springs, Texas, and a graduate of the William Allen White School of Journalism at the University of Kansas, his career included stints at the Kansas City Star, Chicago Sun- Times, and U.S. News & World Report. He retired as the Editor of Kiplinger’s Personal Finance magazine in 2008. Frailey has had scores of feature bylines in Kalmbach Media’s Trains magazine and today is a columnist for the publication. His 1991 book Blue Streak Merchandise relied heavily on the photographs of J. Parker Lamb.

Kevin P. Keefe grew up in Niles, Mich., studied journalism at Michigan State University, and went on to a career in daily newspapers in Michigan and Wisconsin before joining Trains magazine in 1987. In 1992 he became the Editor of the magazine. He moved into Kalmbach Media management in 2000 and retired as vice president-editorial in 2016. His book Twelve Twenty-Five: The Life and Times of a Steam Locomotive was published by Michigan State University Press and won a 2017 Notable Book Award from the Library of Michigan. He is a director of the Center for Railroad Photography & Art.