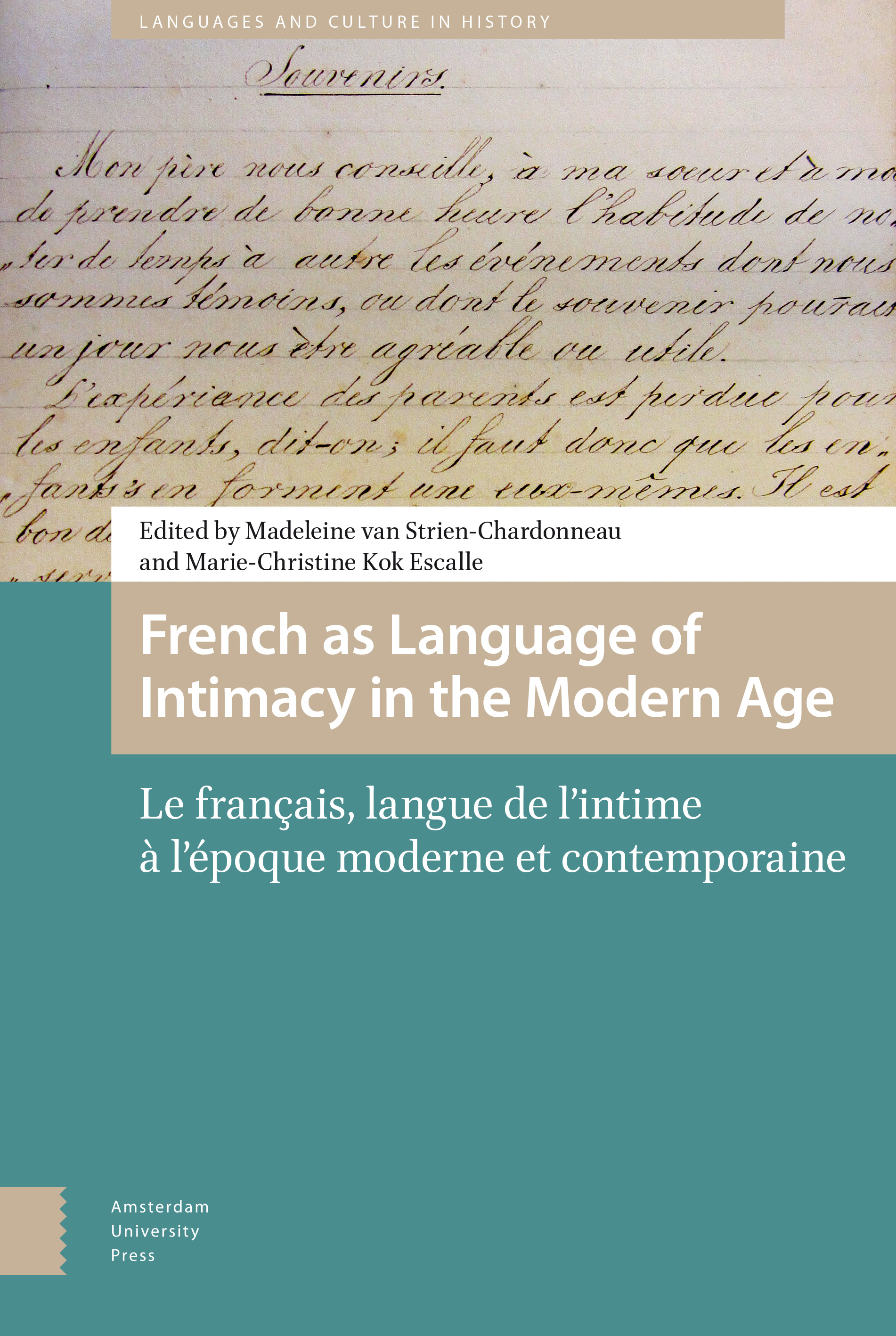 French as Language of Intimacy in the Modern Age

For centuries, French was the language of international commercial and diplomatic relations, a near-dominant language in literature and poetry, and was widely used in teaching. It even became the fashionable language of choice in the eighteenth and nineteenth centuries for upper class Dutch, Russians, Italians, Egyptians, and others for personal correspondence, travel journals, and memoirs. This book is the first to take a close look at how French was used in that latter context: outside of France, in personal and private life. It gathers contributions from historians, literary scholars, and linguists and covers a wide range of geographical areas.

Madeleine van Strien-Chardonneau is a retired lecturer of French language and culture and an Associate Member of Leiden University Institute for Cultural Disciplines. Her scholarly interests include the accounts of French travelers in the Netherlands in the eighteenth and nineteenth centuries, the history of the teaching of French in the Netherlands, the francophone Dutch writer Isabelle de Charrière and the personal writings of Netherlanders in French. Marie-Christine Kok Escalle has been Associate Professor of French Culture and Intercultural Communication at Utrecht University, and after her retirement she continued as Senior Researcher at the Institute for Cultural Inquiry (Utrecht University). Her scholarly interests include the cultural role the French language has played in the Netherlands, specially in the eighteenth and nineteenth centuries, and the development of intercultural competence through foreign language learning and teaching in the past as well as nowadays.