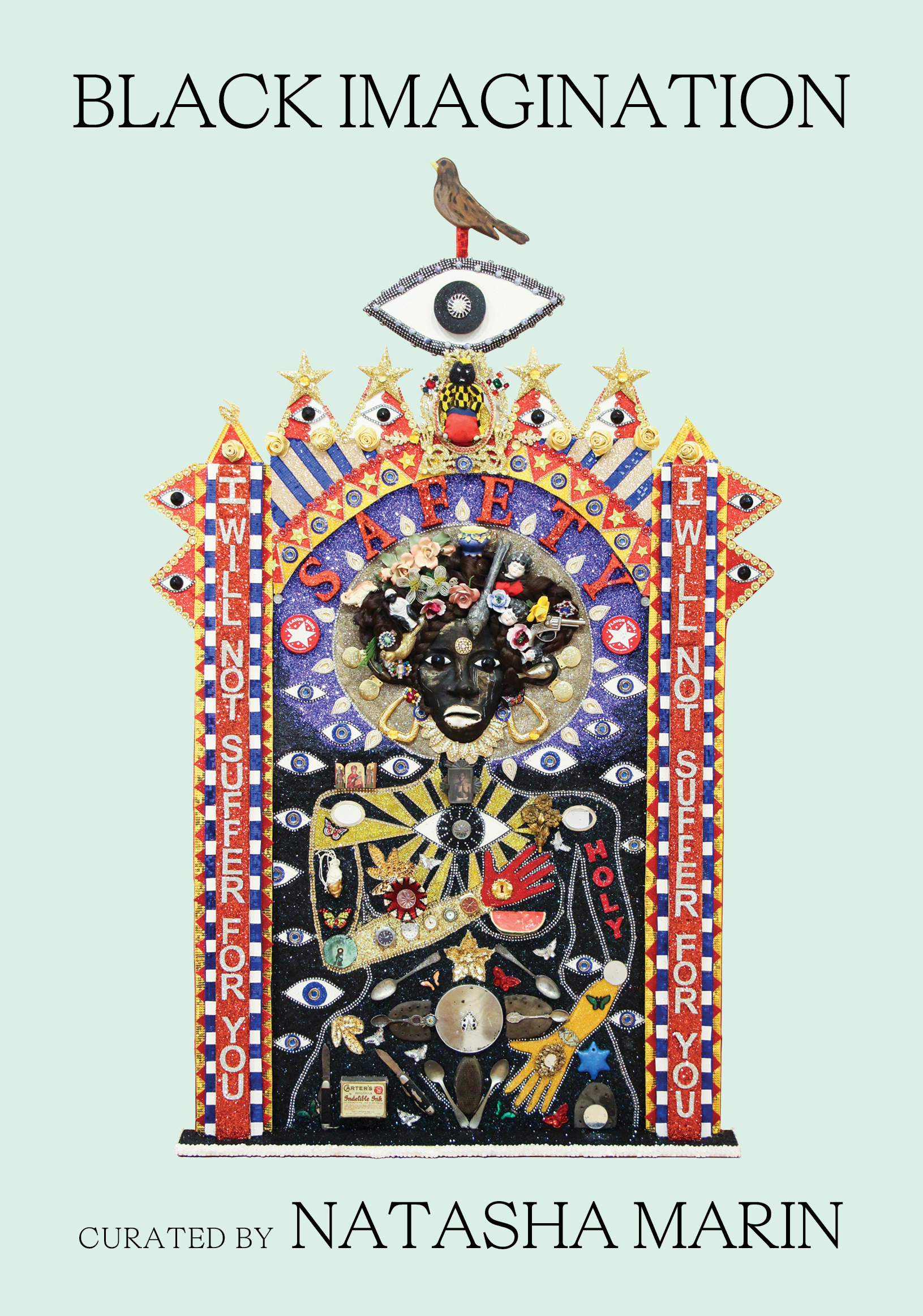 “(D)on’t think for one minute that Black Imagination is easy. As you will read here, it is hard-earned and sometimes dangerous, but it’s necessary, and radical, to claim and work towards. Listening to my people in this book gave me so much life, and I’m pretty sure, dear reader, you’re in for the same.” —from the Foreword by Steven Dunn


What is your origin story?
How do you heal yourself?
Imagine a world where you are loved, safe, and valued.


“Witnessing is sacred work too. Seeing ourselves as whole and healthy is an act of pure rebellion in a world so titillated by our constant subjugation,” reflects viral curator Natasha Marin, on Black Imagination. This dynamic collection of Black voices works like an incantation of origin, healing, and imagination. Born from a series of conceptual art exhibitions, the perspectives gathered here are no where near monochromatic. “Craving nuance over stereotype, we sought out black children, black youth, LGBTQ+ black folks, unsheltered black folks, incarcerated black folks, neurodivergent black folks, as well as differently-abled black folks.” Each insists on their own variance and challenges every reader to witness for themselves that Black Lives (and Imaginations) Matter.


"A first step toward freeing ourselves."


"I've never felt the physical feeling of pages melting in my hands or chapters folding themselves into squadrons of black airplanes flying to freedom because I've never experienced an art object like Black Imagination."


“Black Imagination required Natasha Marin to curate as a curate in the medieval sense— a spiritual guide that cares for souls... We are challenged to move beyond the abject, beyond pure pessimism, on the wings of a different criticality... 'visioning a world where none is lonely, none hunted, alien'.”


"Defiantly hopeful... think Soul Train Line, think The Stroll, think the joyous striving with language for the possibilities of safety and hope.”

Natasha Marin is a conceptual artist whose people-centered projects have circled the globe and have been recognized and acknowledged by Art Forum, the New York Times, the Washington Post, the LA Times, and others. In 2018, Marin manifested BLACK IMAGINATION: The States of Matter, The (g)Listening, and Ritual Objects-- a triptych of audio-based, conceptual art exhibitions in and around Seattle, WA. BLACK IMAGINATION is community-based, ongoing and continues to amplify, center, and hold sacred a diverse sample of Black voices including LGBTQIA+ black youth, incarcerated black women, black folks with disabilities, unsheltered black folks, and black children. Marin's viral web-based project, Reparations, engaged a quarter of a million people worldwide in the practice of "leveraging privilege," and earned Marin, a mother of two, death threats by the dozens. This is how she healed herself. + www.black-imagination.com