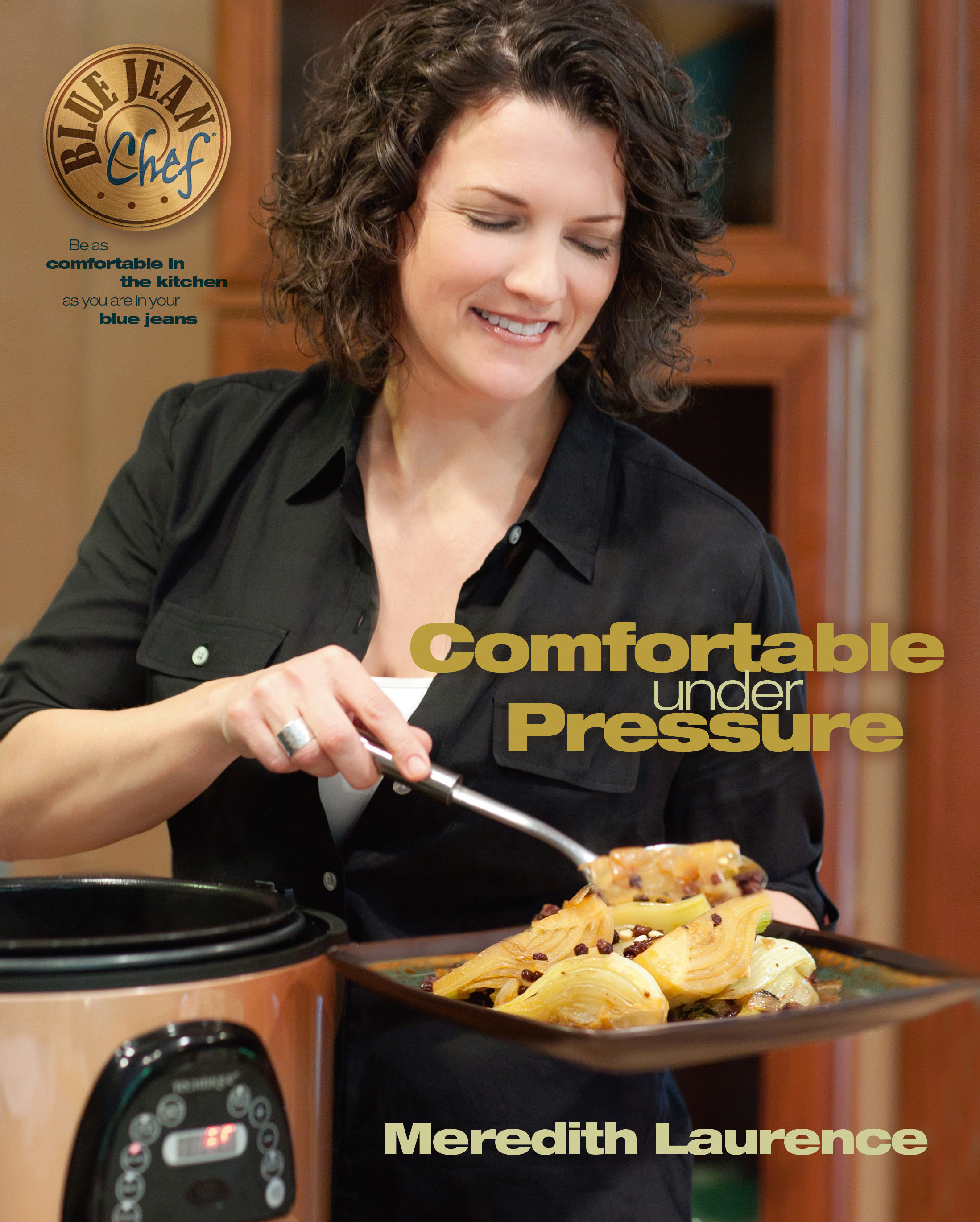 If your pressure cooker has been collecting dust, then you need to get Comfortable Under Pressure!

Meredith Laurence, the Blue Jean Chef, has been cooking on live television on QVC for over ten years. By sharing tips, tricks and techniques with the QVC customers while equipping their kitchens with QVC's professional Technique® and Blue Jean Chef® cookware, Meredith has helped people become comfortable in their kitchens. Now, in this cookbook, Meredith gives you a wide variety of delicious recipes for the pressure cooker, so you can get meals on the table in one third of the time it would normally take. Her recipes, tips, and techniques will help make any cook more Comfortable Under Pressure.

With 125 recipes and over 100 tips and explanations, Comfortable Under Pressure will help you create delicious meals while becoming more versatile and at ease with your pressure cooker.

Don't let the pressure get to you! Get Comfortable Under Pressure!