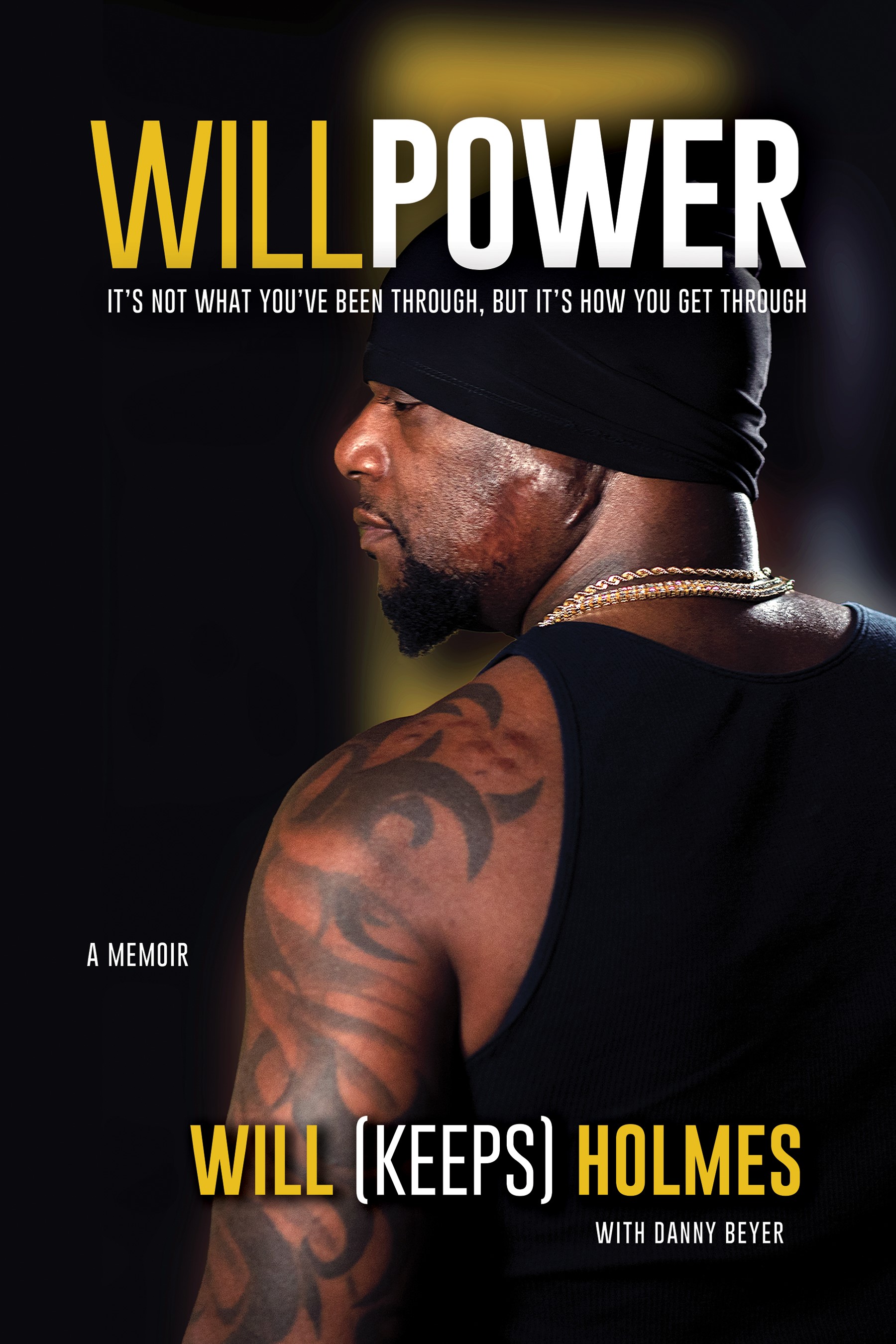 It’s not what you’ve been through, but it’s how you get through

As far back as he can remember, R&B singer, rapper, and activist/social worker Will (Keeps) Holmes has dreamed of a career in music. Originally inspired and influenced by Michael Jackson, Keeps felt the call to perform, to sing and to dance, and he knew there was magic in his voice. But growing up on the South Side of Chicago as gangs were beginning to cast a long shadow over the city, the far more pressing need to appear strong and defend the people he loved put a stranglehold on his aspirations. Caught up in the inescapable gravity of divorce and poverty, a tragically abusive home life, and endless fighting at school and in the streets, Keeps was sucked into gangland culture, feeling no choice but to join or die.

WillPower is his gritty memoir—the story of a boy with unmistakable talent who learned too young about the darkest impulses of the human heart and the bravery and resilience required to shine a light upon them. A haunting tale of violence and transcendence, Keeps's bold account of every scar he's carrying challenges each of us to look behind tough exteriors and trust there is tenderness within, to be stalwart in our progress toward our aspirations, and to understand that life is a collection of meandering paths. Keeps's struggle for survival somewhere between power and vulnerability reminds us that the ugly side of life can sometimes lead to profound beauty.

Today, Keeps is the founder and president of the Des Moines area advocacy group for lost kids, Starts Right Here, under his given name of William Holmes. Blending his love of music with his desire for children never to have to struggle through childhood the way he did, Holmes/Keeps moves through political, professional, and educational circles sharing the lessons he learned both on and off the street—that success comes down to choices and consequences, and that unity is the only way to break the cycle.

William Holmes, aka Will Keeps, was born into a traumatic life in Chicago, Illinois. At age seven, he was sexually abused by his step-father and felt neglected by his mother. Feeling confused, sad, angry, and lost, Will embarked upon what he never imagined would become a lifelong journey to find answers, only to realize his deepest desire was simply to have loving parents and a safe home.

Like many other teenage boys in similar situations, Will found a form of love and security in a gang, joining the Blackstones of South Side Chicago at the age of 13. But this lifestyle led to even more trouble.

At age 15, Will witnessed a rival gang murder his friend. When the gun was pointed to his own head, it jammed, but he was beaten and tortured nearly to death, leaving him badly scarred inside and out. Though he survived, this was only the beginning of Will’s second act, a life devoted to saving others.

Will moved to Des Moines, Iowa in his twenties, seeking to build a legacy of hope and opportunity he never had growing up and to give back to his community and the youth within it facing situations similar to his. Coupling advocacy with music, his greatest passion, Will found that his God-given abilities and his story of bravery and perseverance empower others to go down a better path.