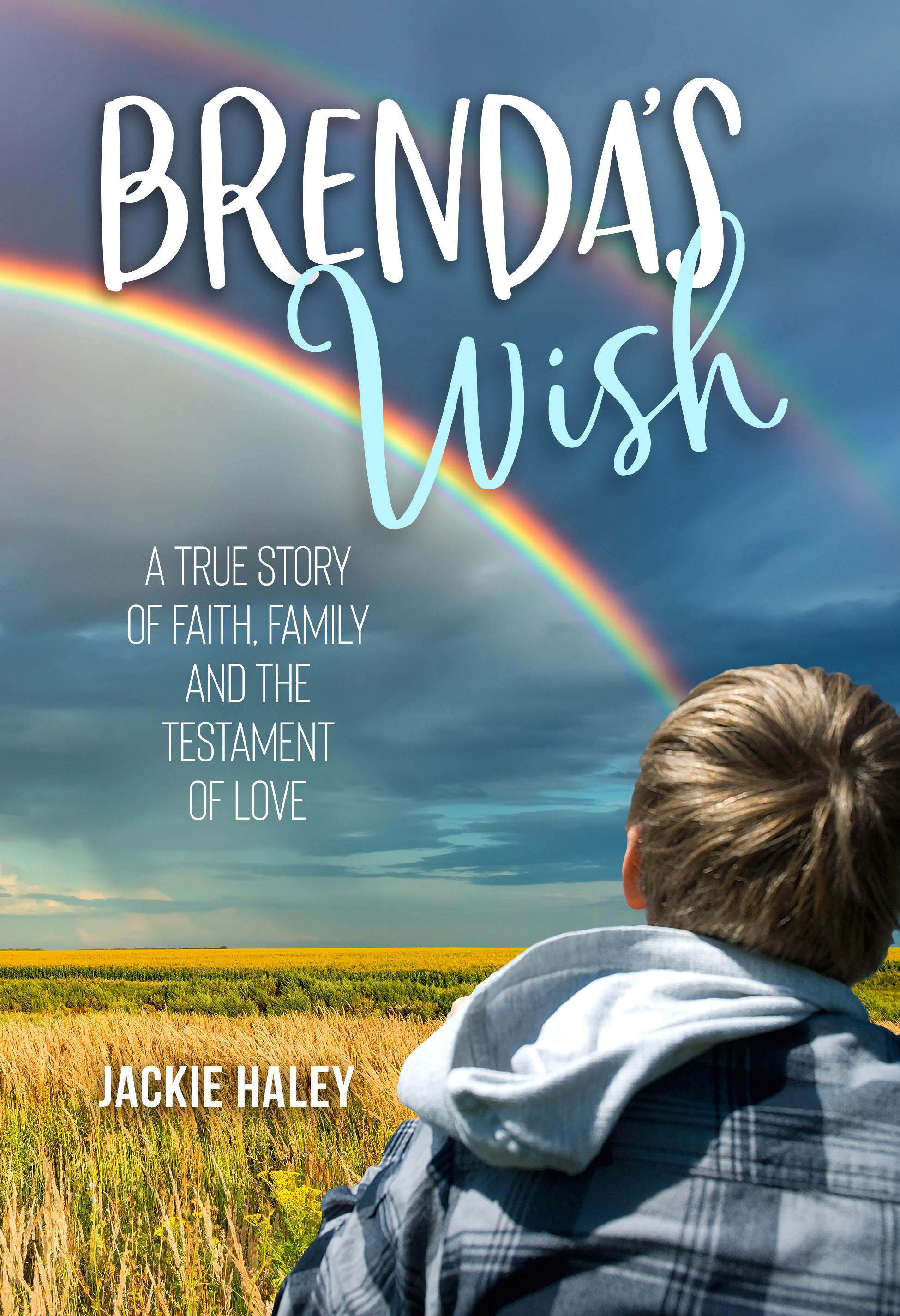 BRENDA'S WISH: A True Story of Faith, Family and the Testament of Love, is a unique story of Brenda Schmitz, a cancer-stricken wife and mother who, in the few precious months left, wrote a letter to a local radio station and asked a friend to deliver it when the time was right: when her husband David found a new wife to help raise their four boys.

Two years later after Brenda passes away, David hears the words of his late wife for the first time and receives an incredible wish from the radio station. It's an incredible display of love, loss, faith and hope, and shows one remarkable woman's selfless acts to help her family grieve and move on after her passing.

Keep tissue near as you journey through the dramatic stage 4 cancer diagnosis, a mother's determined fight for her family, a community united, a husband's paralyzing grief turned resilience, and inexplicable reaffirmations of love, guardianship and wonder from the afterlife.

After the emotional Christmas wish interview was picked up by the evening local news, it went viral. Days later, David had 42,000 friend requests, along with 440 media contacts from Good Morning America, The Today Show, Ellen DeGeneres, The View, countless writers, and other major networks. The radio station received 13 full-size mailbags with letters addressed to David Schmitz.

Haley’s first novel, Crystal Beach was published by Tate Publishing in 2012. The book received many powerful endorsements including from the largest distributed newspaper in Iowa, The Des Moines Register. “With an eye for detail and a nose for romance, Haley imagines what might happen if the girl next door stumbled into a James Bond movie. Smuggled diamonds, mafia thugs, a tall dark stranger––Crystal Beach has the makings of a Hollywood hit,” says Michael Morain of The Des Moines Register. In 2017, she wrote the sequel to Crystal Beach entitled, Truce Island. Shortly afterwards, Haley was approached by David Schmitz to tell the incredible story of his wife, Brenda. As a wife and mother, Haley has seen firsthand the repercussions of what cancer can do to a family. Helping others through her inspirational writing has become her life's calling, and she's received national recognition through endorsements from two foundations and many other reviews. She now shares her expertise through DreamToAuthor.com, helping others write and publish their story. Haley holds a Bachelor’s Degree in Communications from Iowa State University. Over the last 15 years, she has acted as editor for numerous business publications and has been featured or provided feature articles for many publications including large newspapers and magazines.