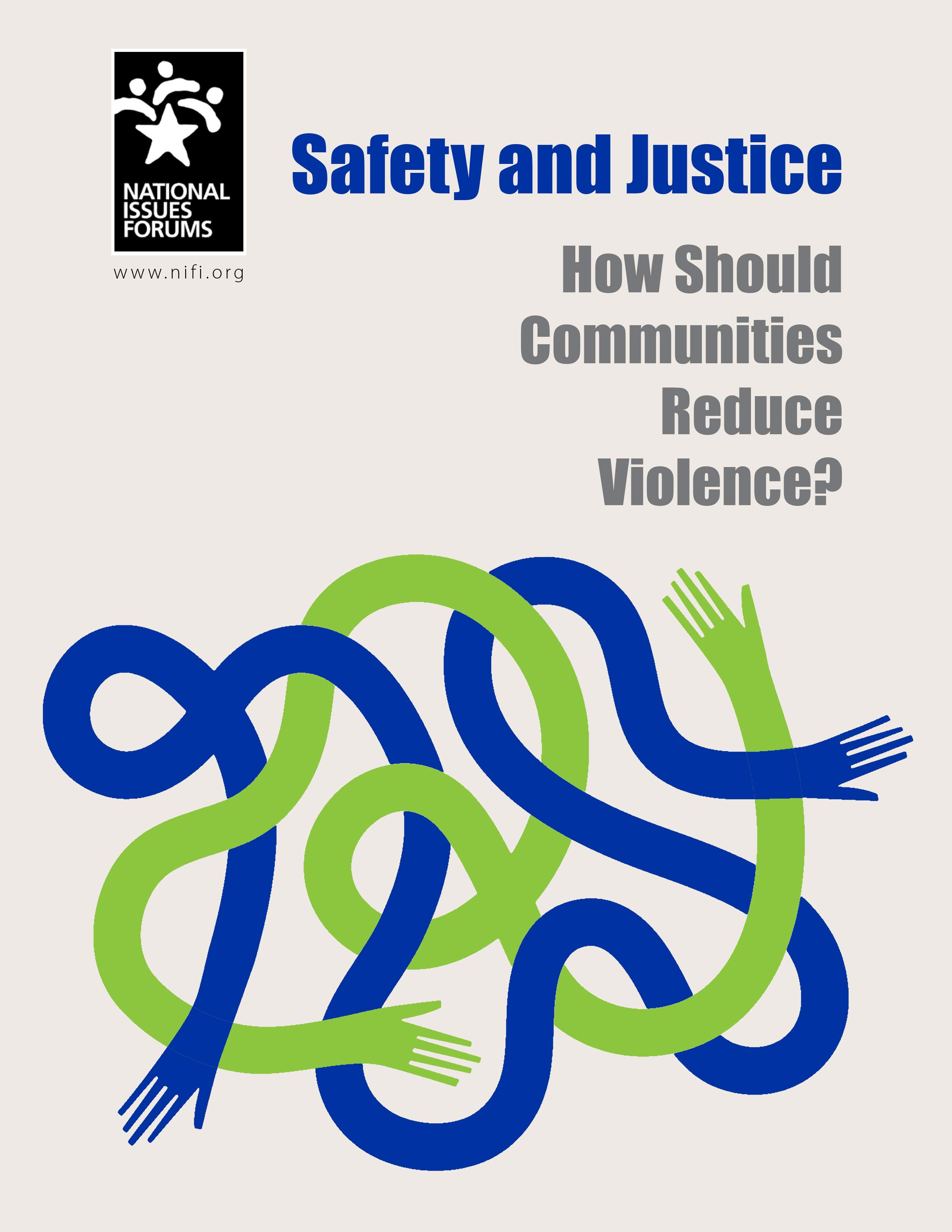 How should communities increase safety while at the same time ensuring justice? This issue guide is a framework for citizens to work through these important questions together. It offers three different options for deliberation, each rooted in different, widely shared concerns and different ways of looking at the problem. The resulting conversation may be difficult, as it will necessarily involve tensions between things people hold deeply valuable, such as a collective sense of security, fair treatment for everyone, and personal freedom. No one option is the "correct" one; each includes drawbacks and trade-offs that we will have to face if we are to make progress on this issue. They are not the only options available. They are presented as a starting point for deliberation.

Tony Wharton is a former newspaper reporter who has written about public policy issues and deliberation for more than 20 years. He was the editor of "Journalism as a Democratic Art: Selected Essays by Cole C. Campbell," a 2012 publication of Kettering Foundation Press. He and his family live in Richmond, Virginia.