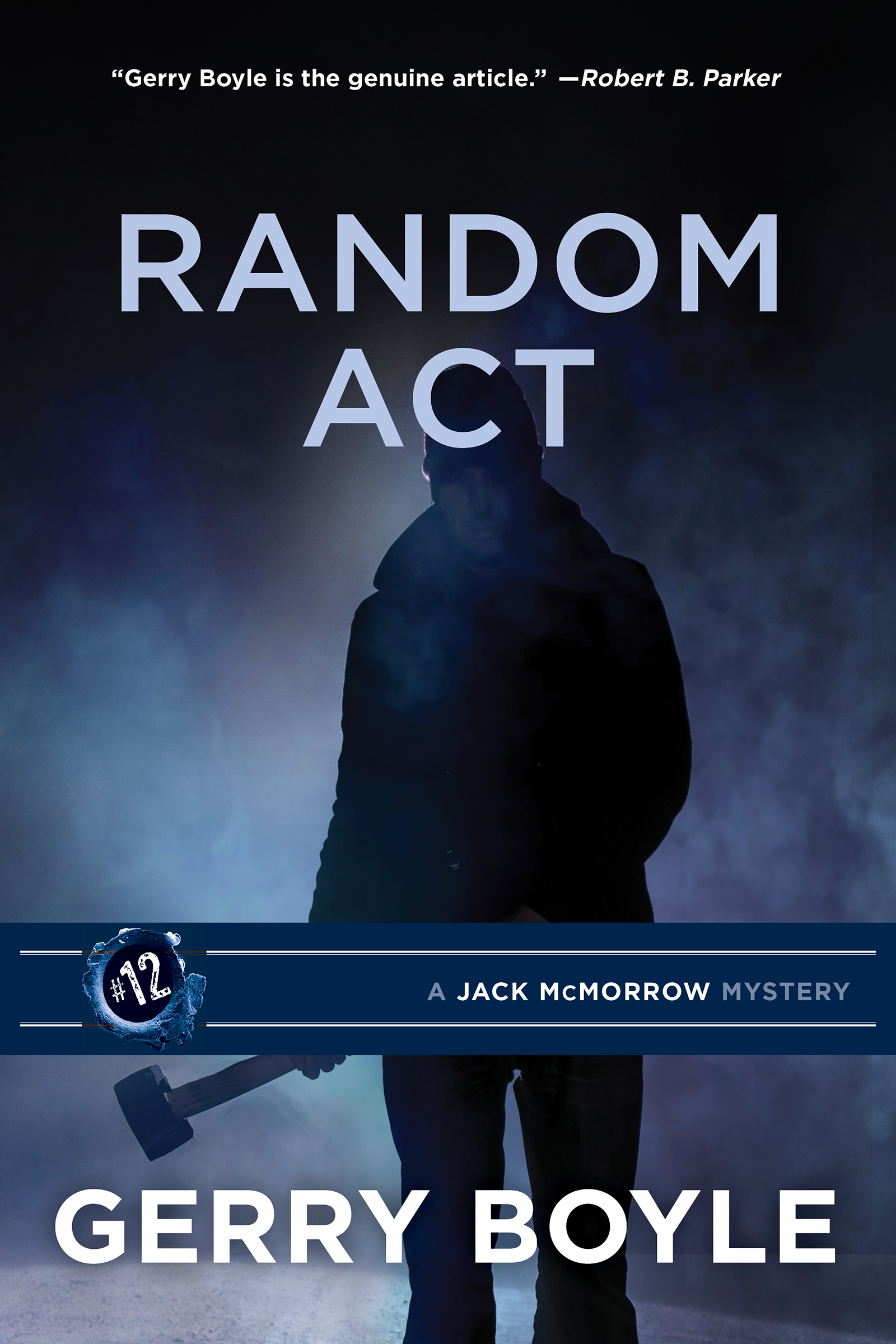 Love is hell...or maybe it's just who we choose to love. After all, how do we really know who anyone is?

When Maine's favorite reporter, Jack McMorrow, heads out to the hardware store on a routine chore, little does he know that he's about to witness a senseless murder that will have vicious repercussions. With his instinct and nose for news, McMorrow chases leads that take him into the dark side of Downeast—the side the tourist brochures don't show. At the same time, his best friend, Louis has fallen for a mysterious blonde with Russian ties and a hankering for money and intrigue that could put everything Jack loves in peril.

In Random Act, author Gerry Boyle's 12th McMorrow mystery, everything seems like a coincidence—until it doesn't.

Gerry Boyle began his writing career in newspapers, an industry he calls the "best training ground ever." After graduating from Colby College, Boyle knocked around, working as a roofer, a postman, and then as a manuscript reader in New York. However, he soon realized he preferred rural northern Maine to the bustle of Manhattan. His first reporting job was in the paper mill town of Rumford, Maine, before he moved on to the (Waterville) Morning Sentinel, where editors learned quickly that he worked best when left to his own devices. And Boyle learned that the line between upstanding citizen and outlaw is a fine one, indeed. His experiences as a reporter inspired his first novel, Deadline, in 1993. He continues to write gritty, authentic mysteries featuring his signature character, Jack McMorrow.