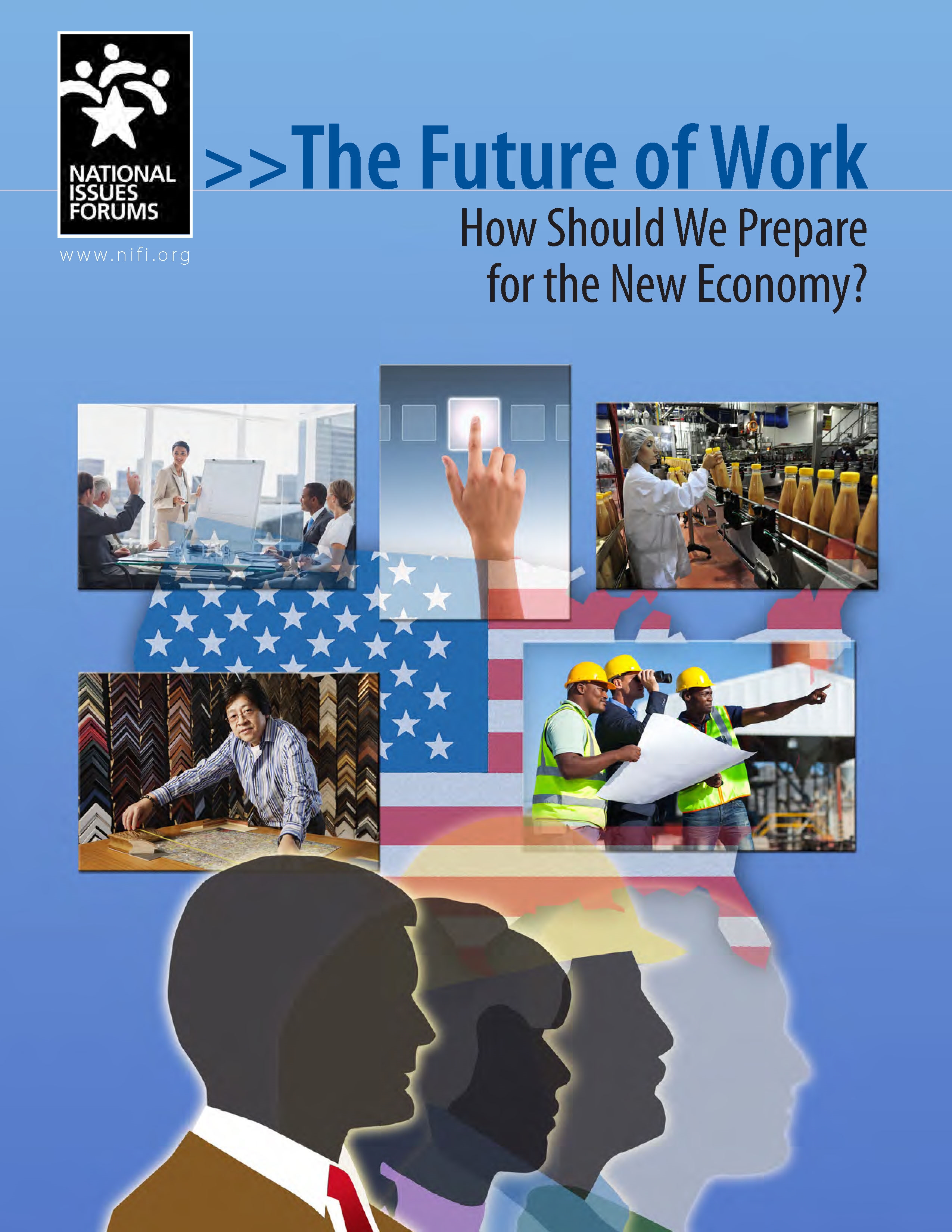 The Future of Work

How Should We Prepare for the New Economy?

The Future of Work: How Should We Prepare for the New Economy?

The nature of the work we do has changed in ways that few Americans a generation ago could have imagined, and it will undoubtedly be dramatically different in yet another generation. These changes will bring both opportunities and difficulties...

The stakes are high. Many Americans share concerns about the nation's competitive edge, stagnant wages, and a sense that young people today will be worse off than previous generations.

We have choices to make together in shaping the future of work. Business, government, individuals, and communities all play a role in addressing this issue. This guide presents some of the options we might pursue, along with their drawbacks.

An Equal Chance to Succeed

Choose the Future We Want

Andrew L. Yarrow, a senior fellow at the Aspen Institute, was a reporter with The New York Times for more than 11 years, covering subjects ranging from the arts and education to business and social trends. He has taught 20th-century U.S. history at American University, focusing on postwar America, the Cold War, and economics. Yarrow has published four books, including Thrift: The History of An American Cultural Movement (2014), Measuring America: How Economic Growth Came to Define American Greatness in Late 20th-Century America (2010), Forgive Us Our Debts: The Intergenerational Dangers of Fiscal Irresponsibility (2008), and Latecomers: Children of Parents Over 35 (1991).

Yarrow has also served as senior research advisor for Oxfam America, vice president of Public Agenda, outreach director at the Brookings Institution, a speechwriter at the Export-Import Bank, and a speechwriter and political appointee at the U.S. Department of Labor. He has done consulting for many organizations, including the World Bank, UNICEF, the U.S. Department of Education, the Kettering Foundation, the American Institutes for Research, and the Institute for American Values. In addition to his years as a reporter with The Times, Yarrow has written op-eds and articles for many newspapers and magazines—including The New York Times, The San Francisco Chronicle, The Philadelphia Inquirer, The Baltimore Sun, The Los Angeles Times, USA Today, The Washington Monthly, The Florida Sun Sentinel, The Denver Post, The Tampa Tribune, and The New York Daily News, as well as for peer-reviewed journals in history, political science, and cultural studies. He is Historian in Residence at American University, an affiliate faculty member at George Mason University, and an affiliate scholar at the Institute for American Values. His work primarily has focused on the interplay between economics, culture, and politics in 20th- and 21st – century America. He has spoken at many public forums, participated in many panels at think tanks and universities, and appeared on TV and radio.

Born in Washington, DC, and now living in Chevy Chase, MD, he has Master’s degrees from Princeton and Harvard Universities and a Ph.D. from George Mason University. He has also held overseas research fellowships from the European Union and the French Government.

Yarrow has extensive experience in conducting interviews as a journalist, unearthing and examining primary sources as a historian and scholar, and writing, as the author of four books and more than 1,000 published articles since the early 1980s.