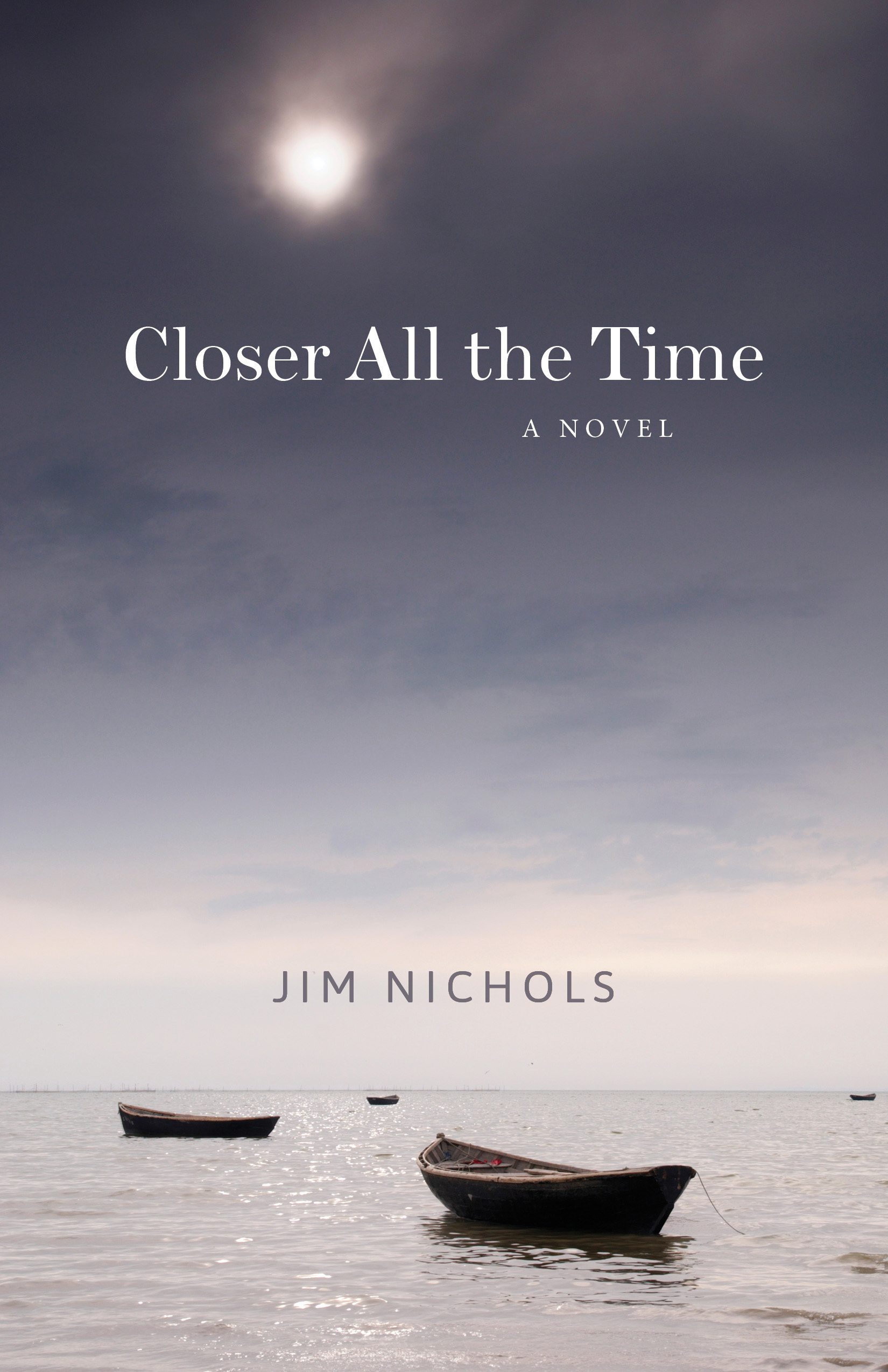 Closer All the Time

The inhabitants of Baxter, Maine are going nowhere fast—but not for lack of trying. In this deftly written jewel of a novel, veteran author Jim Nichols explores the bittersweet nature of small-town life through the eyes of several different characters. For instance, there’s Johnny Lunden, a well-meaning war Vet with a penchant for the local bar and a deep but doomed love for his family. There’s eight-year-old Ted Soule, who shares a first kiss with the Ophelia-like Nadia, the daughter of his Russian neighbors, and Tomi Lambert who observes the confusion of the adults around her as they struggle with accepting their fates. Closer All the Time is that very special novel that delivers quick-moving, compelling storytelling with a lasting emotional wallop. You’ll devour it in one sitting, but its characters will stay with you for a lifetime.

Jim Nichols became interested in writing fiction while working as a ticket agent for a commuter airline in Rockland. Born in Brunswick and raised in Freeport, Maine, Nichols has worked variously as bartender, pilot, skycap, taxi driver, fence builder, orange picker, ramp and ticket agent for a commuter airline, travel agent and dispatcher for an air taxi service. His work has appeared in Esquire, Narrative, Zoetrope ASE, december, paris transcontinental (FR), From The Ashes (BR), elimae, Germ, The Clackamas Review, American Fiction, Downeast, River City, Conversely. and Night Train. He has been nominated several times for Pushcart prizes, and his novel, Hull Creek was the runner-up for the 2012 Maine Book Award for Fiction. In addition to his prolific short story work, he is the author of two previously published works of fiction: Slow Monkeys and Hull Creek. www.jimnichols.org