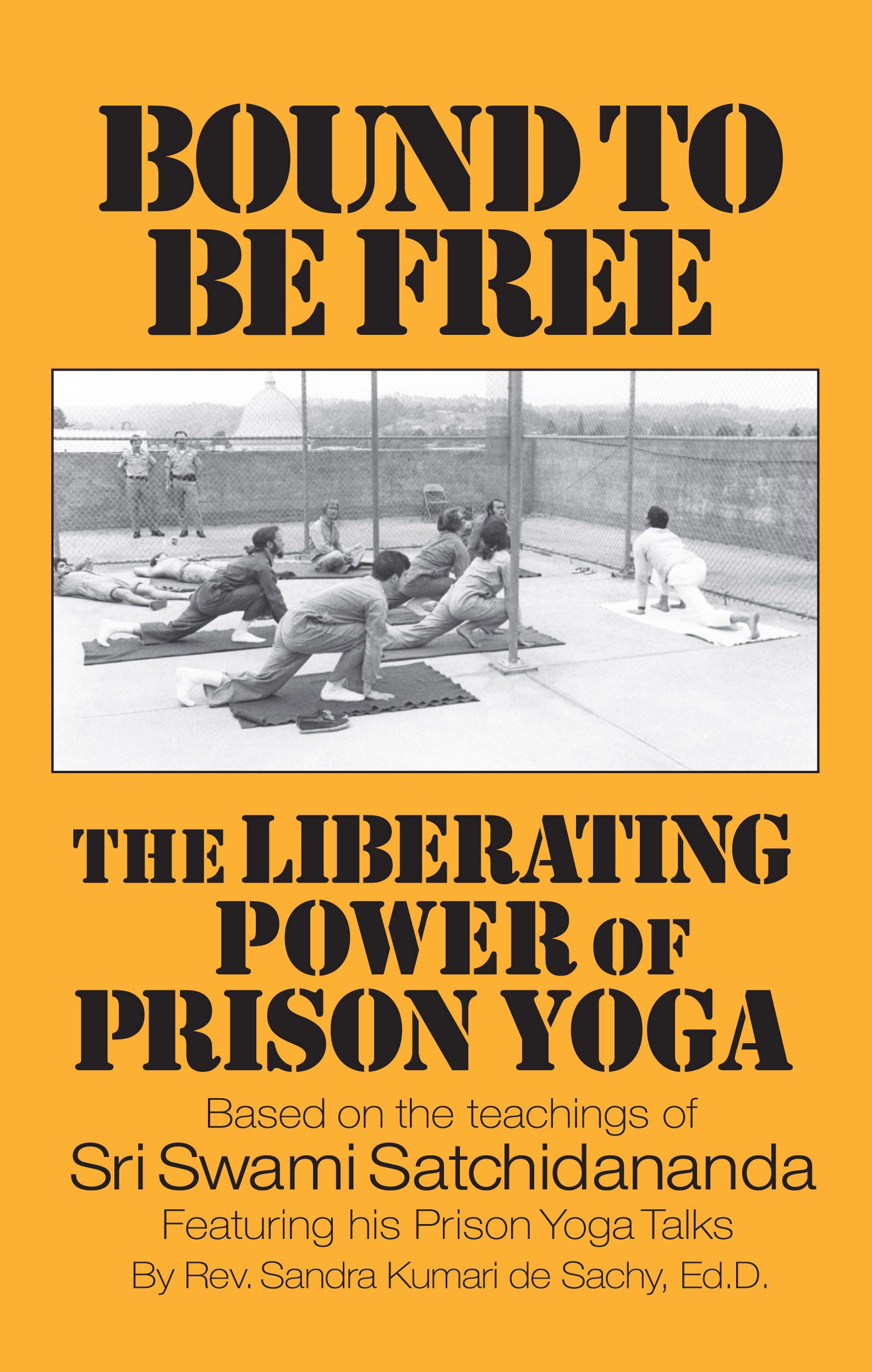 Bound to be Free: The Liberating Power of Prison Yoga

Rev. Sandra Kumari de Sachy has been studying and practicing Integral Yoga since 1980. She became a certified Integral Yoga teacher in 1981 and was ordained as an Integral Yoga minister in 1995. She has taught Hatha Yoga, Yoga philosophy and meditation in colleges and universities, in Yoga centers and in prison. She has a Masters degree in English Literature and a doctorate in English Education from Rutgers University and has taught both English and Yoga in colleges and universities in the US and in France. One of the most transformative experiences in her life was teaching Creative Writing and Yoga at the Buckingham Correctional Center in Dillwyn, Virginia. Rev. de Sachy lives with her husband at Satchidananda Ashram-Yogaville in Buckingham, Virginia.