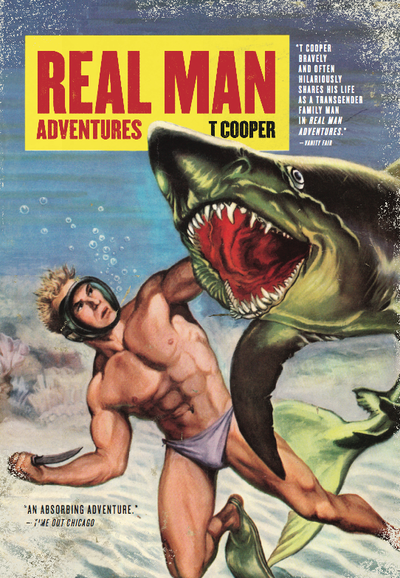 T Cooper’s Real Man Adventures is not a memoir. It's an adventure story?and one packed with all the requisite dark alleys, disguises, leading ladies, and plot twists.

Cooper’s bold and bracing exploration of his transition to male unfurls in a series of inspired vignettes, intimate letters never sent, interviews, lists, and good old-fashioned stories that capture the range of the human experience. Real Man Adventures is a ?sharp, hilarious, incredibly personal, and ingenuously honest look at what the hell it even means to be a man” (Interview magazine).

T Cooper is the author of three novels, including the bestselling The Beaufort Diaries and Lipshitz Six, or Two Angry Blondes. Cooper’s work has appeared in The New Yorker, The New York Times, The Believer, and One Story, among others. He lives in both New York and the South with his wife, children, and two rescue pit bulls.