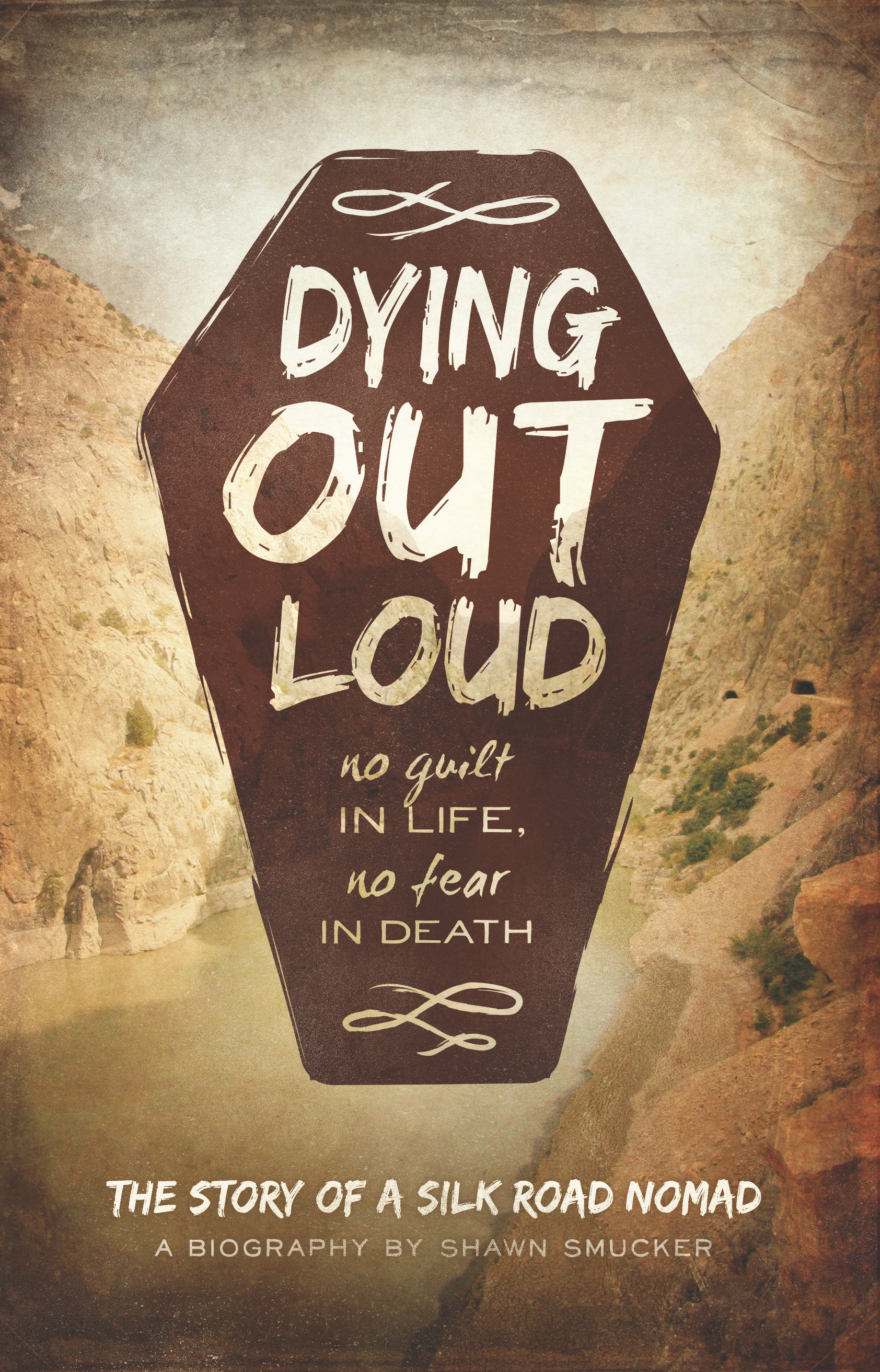 No Guilt in Life, No Fear in Death

Dying Out Loud is the story of Stan, his wife, Ann, their children Elle and Stanley, and their dedication to following God no matter what the cost. They traded the comforts of suburban southern California for the crowded cobblestone streets of the Middle East. They explored remote areas and they befriended nomadic tribes people, courageously bringing a message of hope and freedom to those needing to hear it. But none of those adventures would compare to where God led them next: a journey of visions, revelations, and sorrow. A journey into stage-four cancer, and a journey that beckoned them to walk the shrouded path through the Valley of the Shadow of Death. Yet even there they discovered peace, grace, and a new hope for the lost around them.

Shawn Smucker is an author, blogger, and speaker who is passionate about story-telling and the importance of living an adventurous life. His book Building a Life Out of Words is consistently listed in Amazon's Top-Rated Memoirs/Biographies, and his most recent book, How to Use a Runaway Truck Ramp, details the 10,000-mile cross-country journey his family of six embarked on in a big blue bus previously owned by Willie Nelson. He is a regular contributor at Deeper Church, Prodigal Magazine, ChurchLeaders.com, and numerous other blogs and online publications. He received his English degree from Messiah College and currently lives in Lancaster, Pennsylvania, with his wife and four children. You can find him on Twitter, Facebook, and at shawnsmucker.com