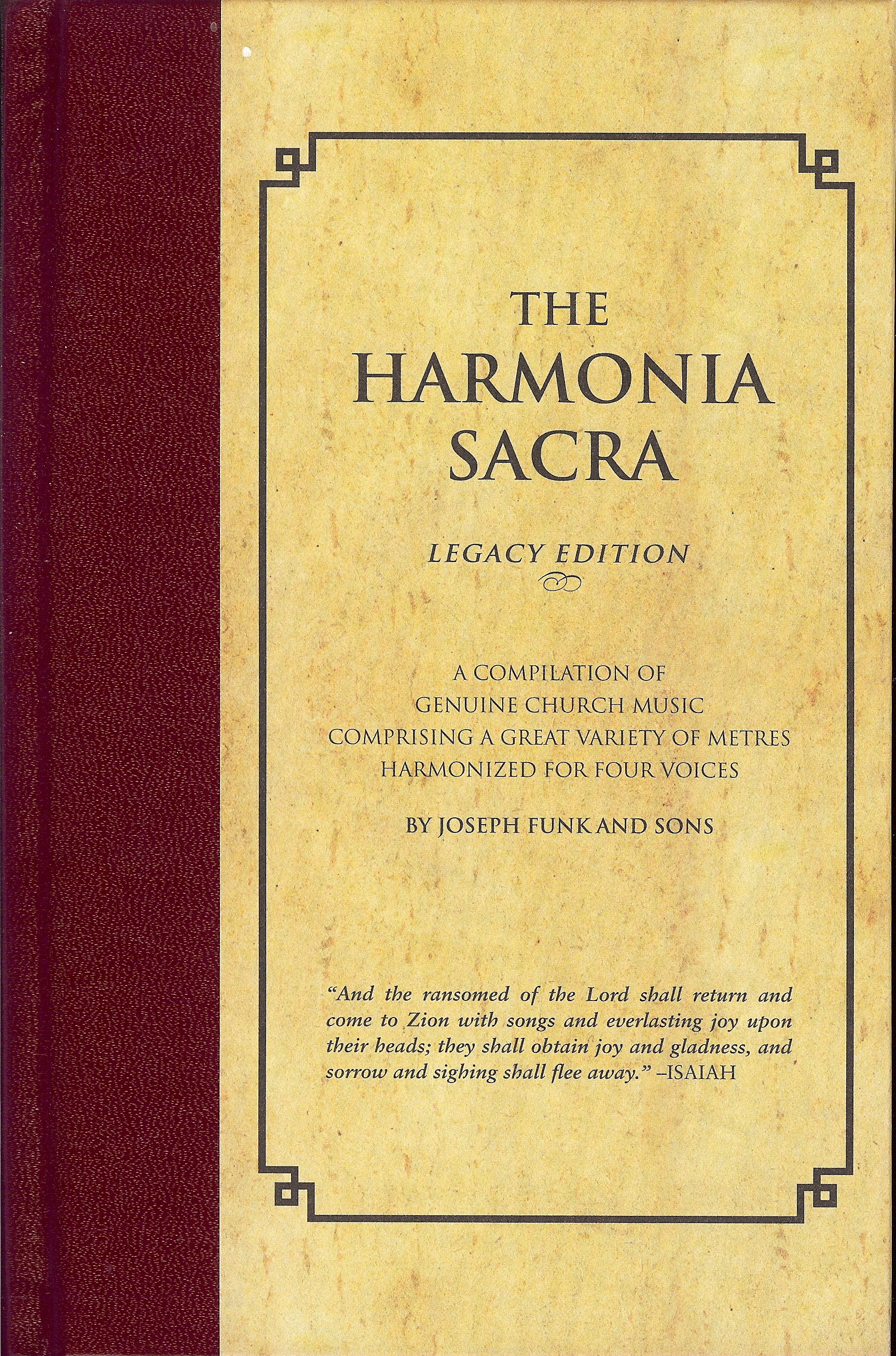 The Harmonia Sacra is a hymn book of renown. In 1832 a Mennonite named Joseph Funk published a songbook that had a profound influence on Mennonite singing for generations. Its name, Genuine Church Music, indicated the compiler's intention that the contents be songs that, in his words,

Joseph Funk (1778-1862) was a pioneer American music teacher, publisher, and one of the first American composers. He was a member of the Mennonite Church. In 1847, he established the first Mennonite printing house in the United States, at Mountain Valley, Virginia (renamed Singers Glen in 1860). For forty-six years, he was a teacher of music, a trainer of music teachers, and a publisher of music books and periodicals. By 1858 he and his sons had taught music classes in at least ten counties of Virginia. Records show that by the same year his books had been sold and used in twenty-seven counties and cities of Virginia, as well as in other states and Canada. By the 1870s, between 75,000 and 100,000 copies of his famous Harmonia Sacra had been sold. He may with justice, be called the father of song in the Shenandoah Valley of Virginia.