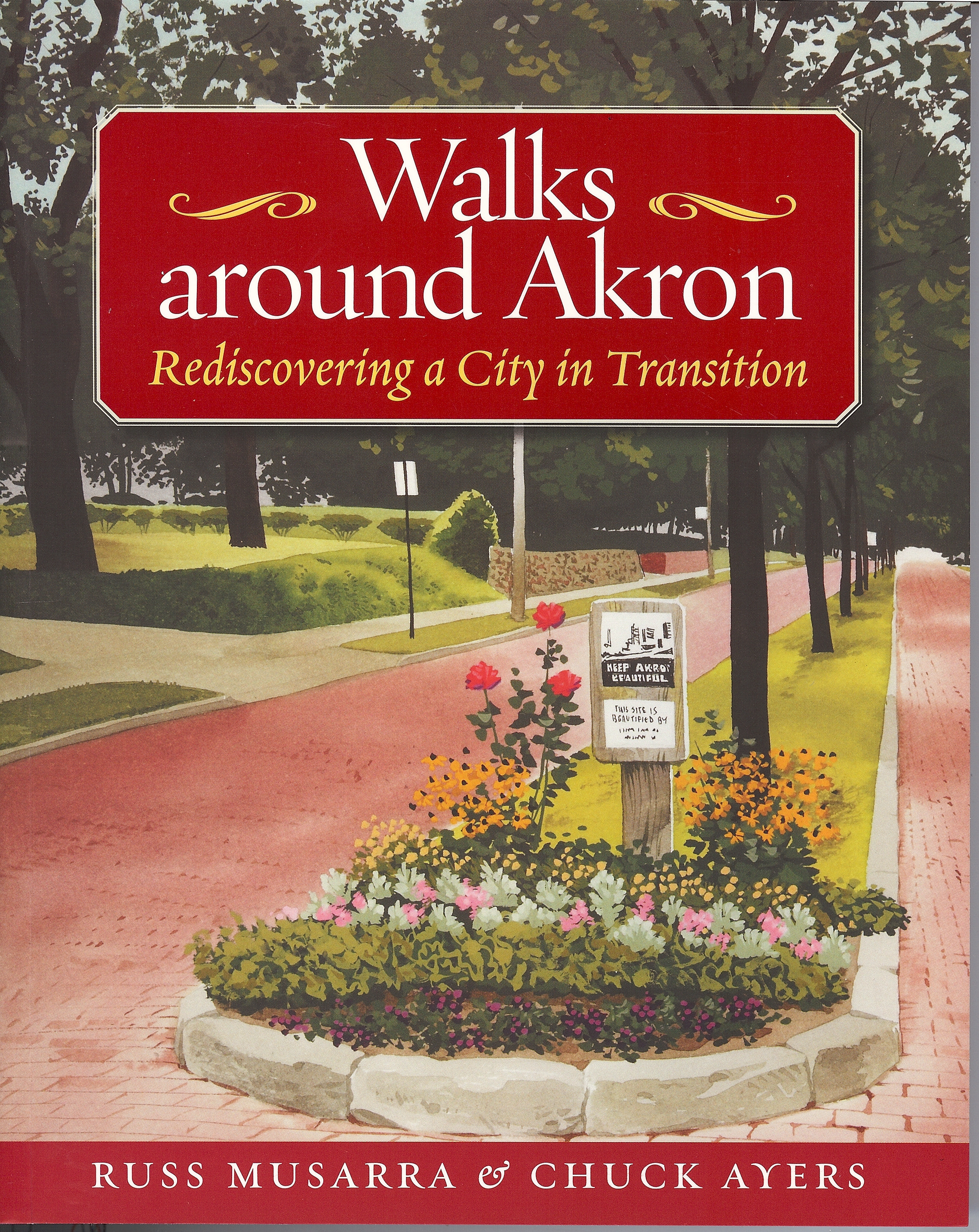 Rediscovering a City in Transition

Walks around Akron: Rediscovering a City in Transition celebrates the simple pleasure of seeing a community at a slow pace from ground level. In March 1987, the Akron Beacon Journal began publishing a series of articles about Akron and its environs, written by Russ Musarra and illustrated by Chuck Ayers. These popular essays-with-art continued in the newspaper through the end of 2000 and can now be read in Akron City magazine. Musarra and Ayers soon realized that many places shown in Ayers's artwork had disappeared or were permanently altered not long after the articles were published--they had been inadvertently documenting Akron in transition. Anyone who enjoys walking or discovering overlooked sites will appreciate the informative charm of these stories and pictures that embrace Akron's history, its downtown and neighborhood development, its institutions and parks, and interesting nearby communities. Musarra and Ayers take the reader along to explore familiar and out-of-the-way places, whether it's Canal Park baseball stadium in the snow, a tiny cemetery in Copley whose graves date back as far as 1818, or a blue heron rookery in Cuyahoga Valley National Park. And readers can see all these things for themselves, using Walks around Akron as a guidebook for their excursions.

Russ Musarra retired from the Akron Beacon Journal in 2000 after thirty years of service. He edited the books Along the Towpath and Greetings from Akron with his colleague, Chuck Ayers, who illustrated the books. In addition, he wrote Akron Symphony Orchestra: Celebrating Our Fiftieth Anniversary Season and coauthored Sleep with the Angels. Chuck Ayers began his career as a staff artist and editorial cartoonist at the Akron Beacon Journal. His cartoons have appeared in such newspapers as the New York Times, Washington Post, and Forbes Magazine. He co created the nationally-known comic strip, Crankshaft. In addition to illustrating Crankshaft, Chuck Ayers has also illustrated the books Along the Towpath and Greetings from Akron. He earned his bachelor's degree in graphic design from Kent State University.