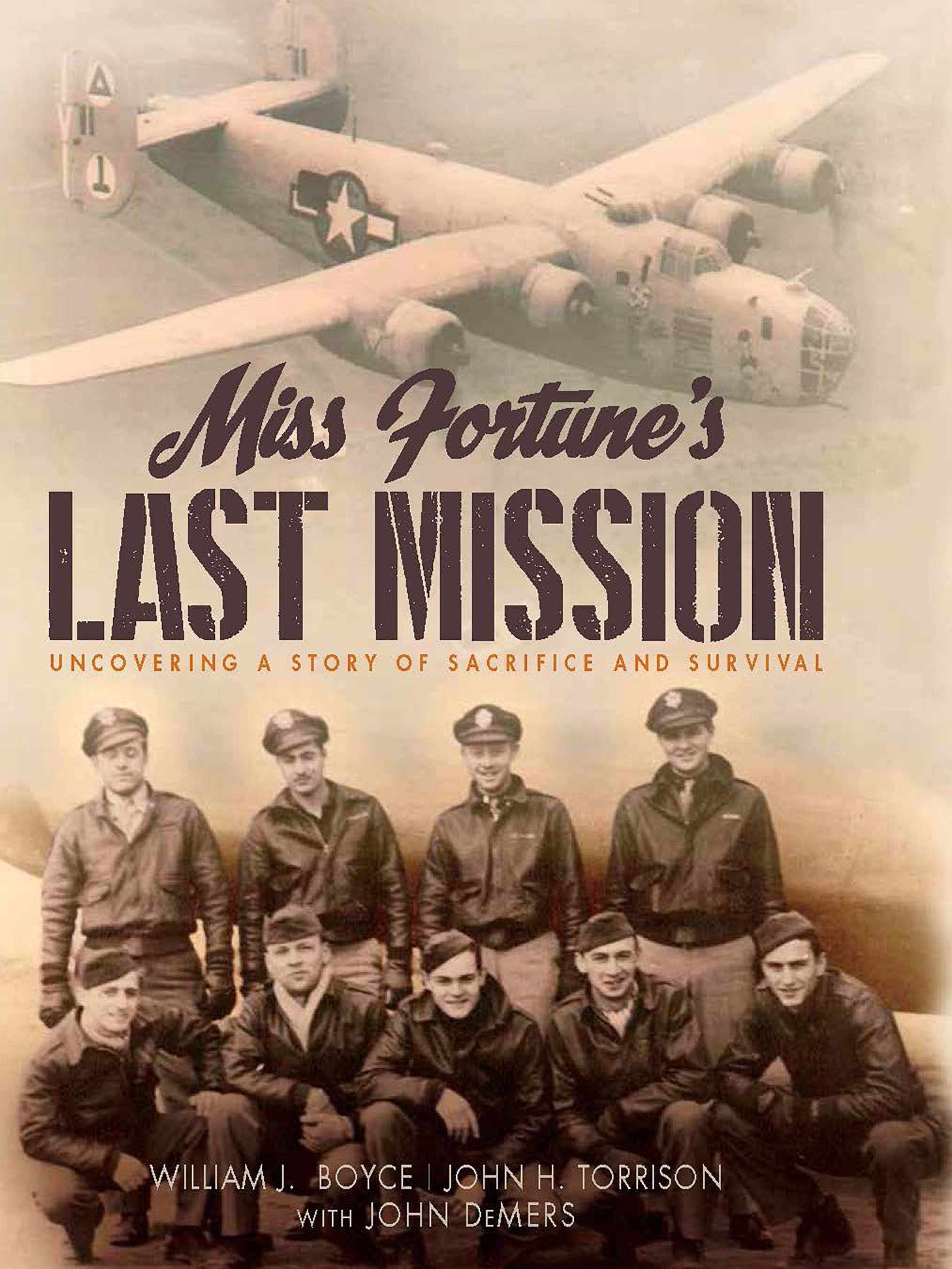 Uncovering A Story of Sacrifice and Survival

Bill Boyce always wanted to know why his father, William D. Boyce, refused to discuss his tour of duty on a B-24 Liberator bomber during World War II. The experience had affected every aspect of his father’s life, but an unspoken agreement kept the topic classified: Bill failed to ask, and his father failed to tell. Twenty-five years after his father’s death, Bill found the one man who might tell him what his father would not. Ray Noury had flown with Boyce in late 1943 and saved his life. Would Noury be willing to talk? Able to remember? From Noury, Bill learned that on February 22, 1944, a B-24 nicknamed Miss Fortune had crashed into the Czech countryside after being attacked by Luftwaffe fighters over Germany. Of eleven crewmembers, only Noury came home. Had Boyce not received a devastating wound only weeks earlier, he would have been with them on their fatal mission. That conversation led Bill to stacks of old photographs, records and letters, across the United States, and to the Czech Republic. It also led him to John Torrison, who had spent a decade tracking down facts about the crew and his uncle’s role as the tail gunner. Together, they pieced together the full story of Miss Fortune and her last mission. A mid-life journey guided by an eighty-nine-year-old veteran taught them about war, love, loss, sacrifice, survival, honor and family. And, through the shared stories of the extended family that formed around Miss Fortune’s crew—spouses, children, relatives and grateful Czechs—Bill Boyce finally came to understand his own father.

Bill Boyce lives in Houston, Texas, where he practiced law for 18 years before becoming a justice on the state court of appeals. He graduated from Northwestern University’s Medill School of Journalism, and from Northwestern University School of Law. Before attending law school, he worked for newspapers in Illinois and Oregon. He is married to Maria Wyckoff Boyce and is the proud father of daughters Emily and Julia.JOHN HARTLEY TORRISON studied art and religion at Wagner College, the New School, and the California College of Arts and Crafts. He has worked as a studio potter, art teacher, sailmaker for Pete Seeger’s Clearwater and for thirty years as a cabinetmaker. John lives with his wife Christine in Westbrook, CT near all of their grandchildren: Hartley, Skye, Sven, Isabella and Shiloh. His interest in genealogy and American history began a thirteen-year journey to discover the lost details of his uncle’s WWII military service. That search brought clarity and honor to his family and to all the crew’s families.