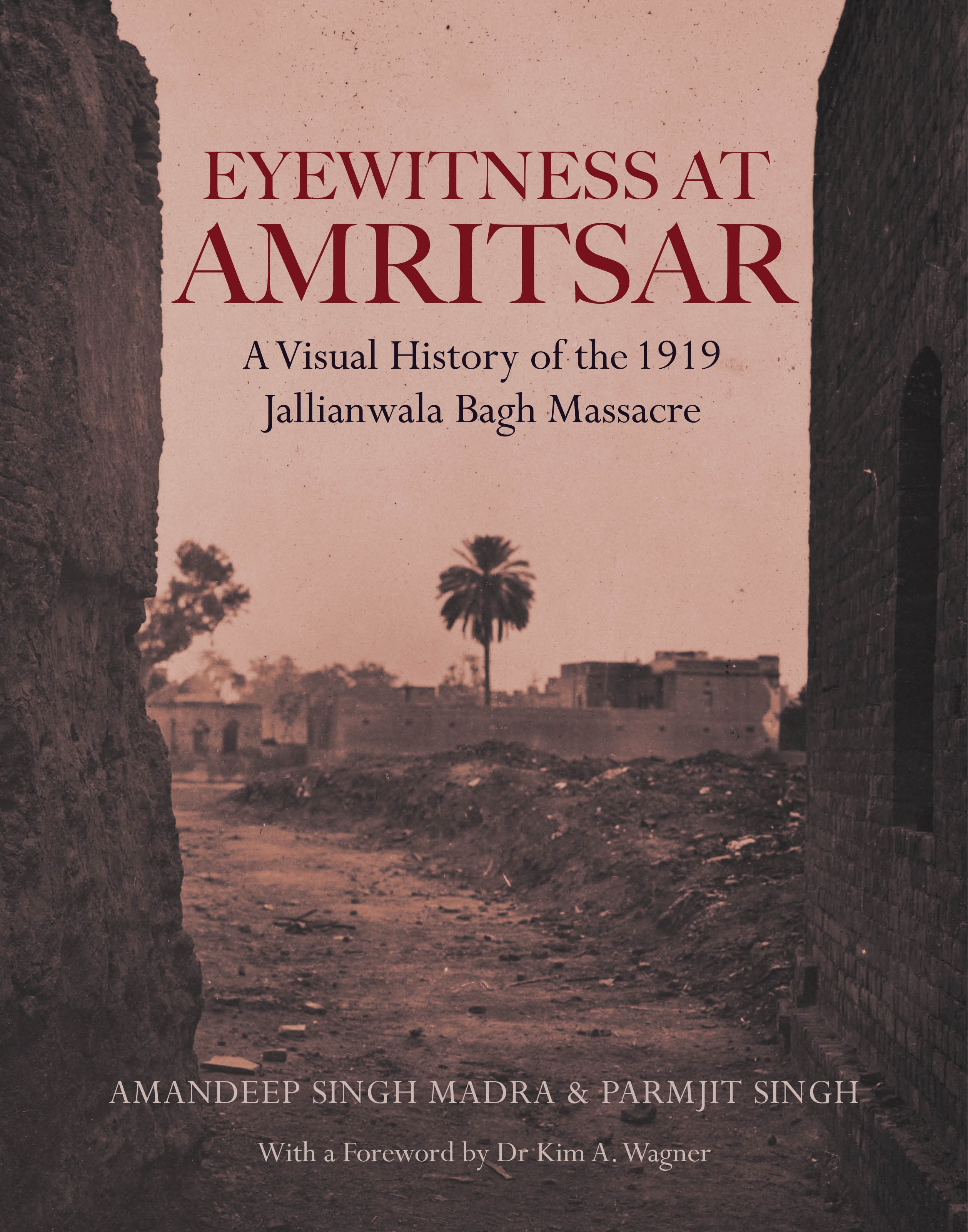 A Visual History of the Jallianwala Bagh Massacre 1919

The Amritsar Massacre is an iconic episode that is often compared to Sharpeville or Bloody Sunday. The shooting in 1919 of hundreds of unarmed Indian civilians stands as one of the defining moments in the history of the British Empire and the Indian struggle for independence.
Many books have been written on the subject yet none make more than a cursory use of the rich body of visual material connected to one of the most brutal events in the history of British India. Eyewitness to Amritsar includes a unique range of portraits of key historical figures, political cartoons, newspaper photographs, propaganda posters as well as secretly recorded images that were smuggled out of India in 1919. Each image is accompanied by eyewitness accounts to provide context and a chronological narrative covering not only the massacre but also its prelude and aftermath.
Eyewitness at Amritsar offers an attractive and accessible resource that allows readers to engage directly with this defining historical event.

AMANDEEP SINGH MADRA and PARMJIT SINGH are independent historians who have co-authored several highly acclaimed books on Sikh history. They have curated several major exhibitions on the subject and have worked as special consultants to the BBC, The Discovery Channel, Warner Brothers, Victoria & Albert Museum, British Museum, British Library and Wallace Collection.