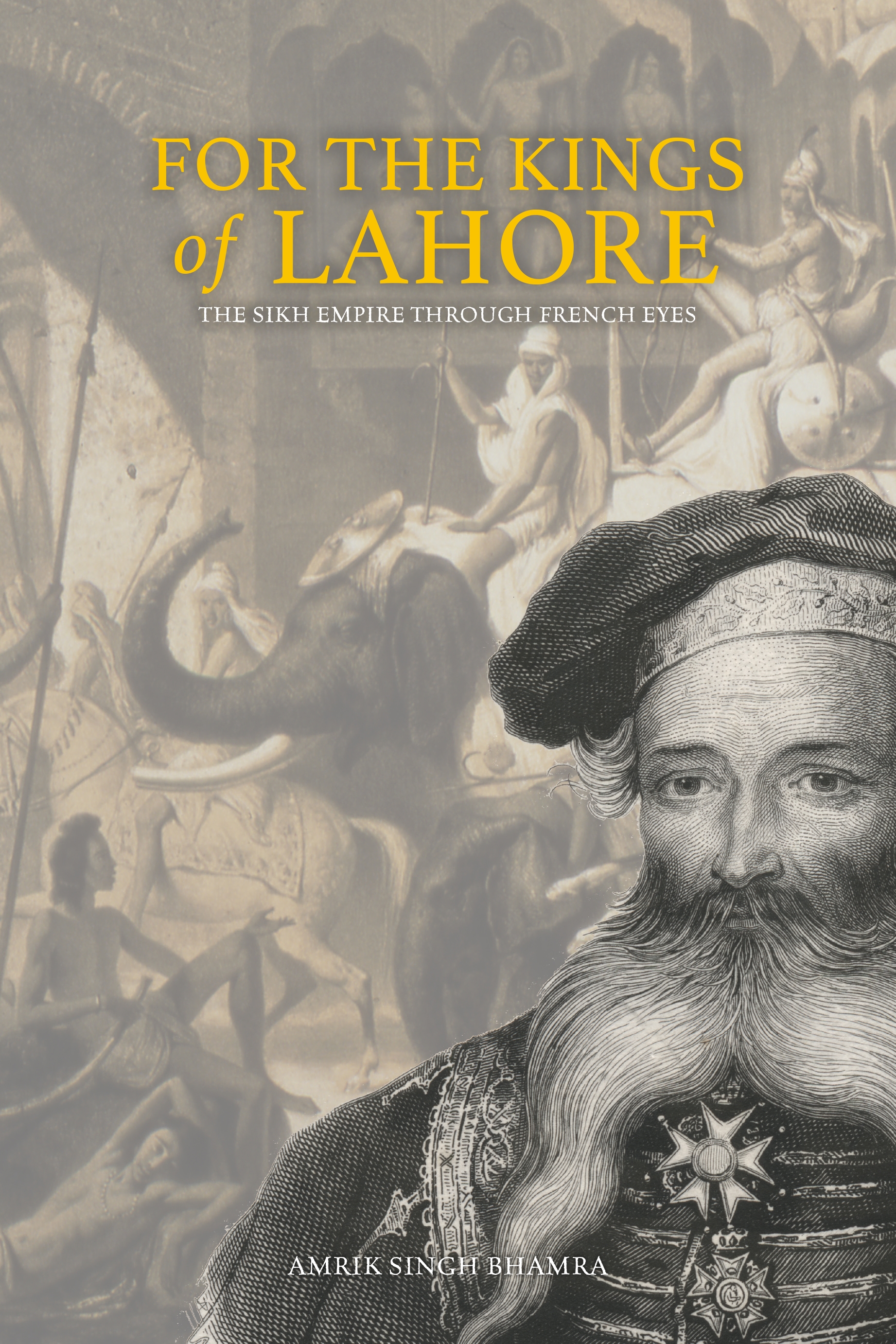 For the Kings of Lahore

The Sikh Empire Through French Eyes

Britain had only one serious rival for domination of the Indian subcontinent in the 19th century: the Sikh Empire. Its already formidable military reputation under Maharaja Ranjit Singh was enhanced by a bevy of European mercenaries, foremost among them being the French officers who had served under Napoleon's banner.
Several of these adventurers – namely General Allard, General Court, Dr Benet and Colonel Mouton – either wrote about, or recounted to the French press, their experiences of life among the Sikhs of Punjab. These unique and virtually unknown accounts reveal a remarkable but little-known Franco-Sikh partnership that led to the transformation of the regular Sikh army into a Gallic one – from its uniform and words of command to the use of the tricolor flag by Punjabi soldiers.
The combination of Europe's most advanced military methodology and the Sikhs' natural warrior prowess was a potent mixture, as the British were to discover at great cost in two Anglo-Sikh Wars (1845–49).

Amrik Singh Bhamra combined his three-decade-long interest in French culture with his passion for Sikh heritage to research the writings of the Frenchmen whose impact on the history of the subcontinent has been largely forgotten.