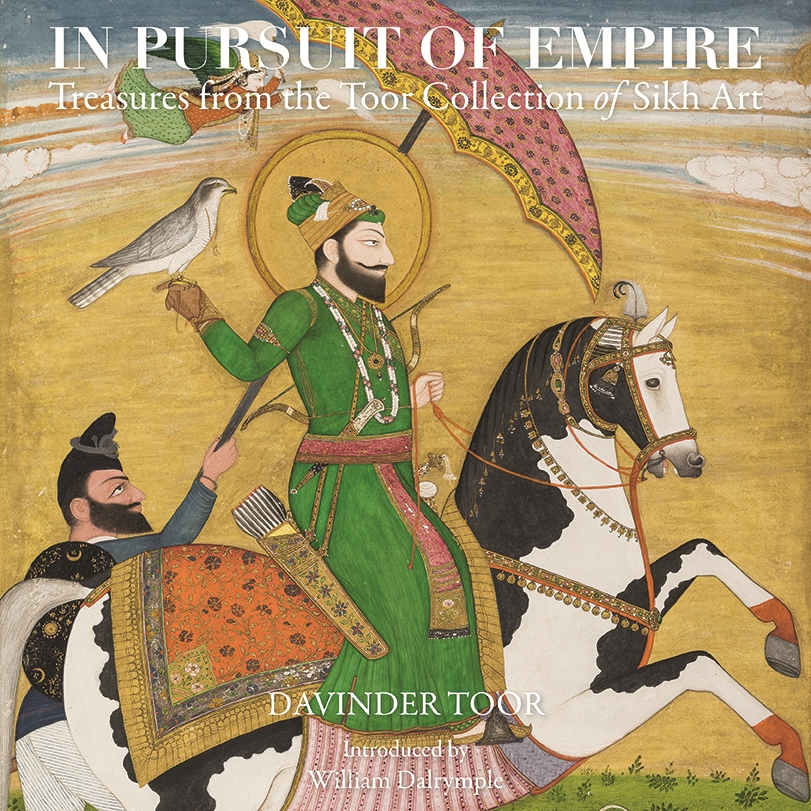 In Pursuit of Empire

Treasures from the Toor Collection of Sikh Art

Two centuries ago, the Sikh ruling elite of the kingdom of Punjab lavishly patronised skilled artisans to enhance the splendour of their empire. A sumptuous array of objects fit for kings, queens, warriors and the saintly were produced to reflect the vibrant and potent power of the Sikhs.
Two wars with the East India Company resulted in the dramatic collapse of the Sikh Empire in 1849. Artistic production switched to serve the tastes of the new colonial rulers, thereby bringing to an end a unique cultural endeavour. Since then, Sikh artefacts have been dispersed across the globe as loot, official gifts and prized auction purchases.
Through the remarkable achievements of one collector - who pursued his passion to create the world's finest private collection of Sikh art - In Pursuit of Empire reveals the lasting legacy of the Sikh Empire.

Davinder Toor is a leading figure among a new generation of Sikh art collectors. He has acted as a consultant to several private collectors, auction houses and major institutions, including the Victoria & Albert Museum, British Museum and Wallace Collection. He currently lectures on the arts of the royal Sikh courts for the Victoria & Albert's prestigious 'Arts of Asia' course. He was featured along with the Toor Collection on the BBC's 'Lost Treasures of the Sikh Kingdom' documentary (2014). Objects from the Toor Collection have been exhibited at major global institutions including at the Victoria & Albert Museum, Kunsthalle der Hypo-Kulturstiftung (Munich), Art Gallery of Ontario (Toronto), Asian Art Museum (San Francisco), Virginia Museum of Fine Arts and the Brunei Gallery (London).