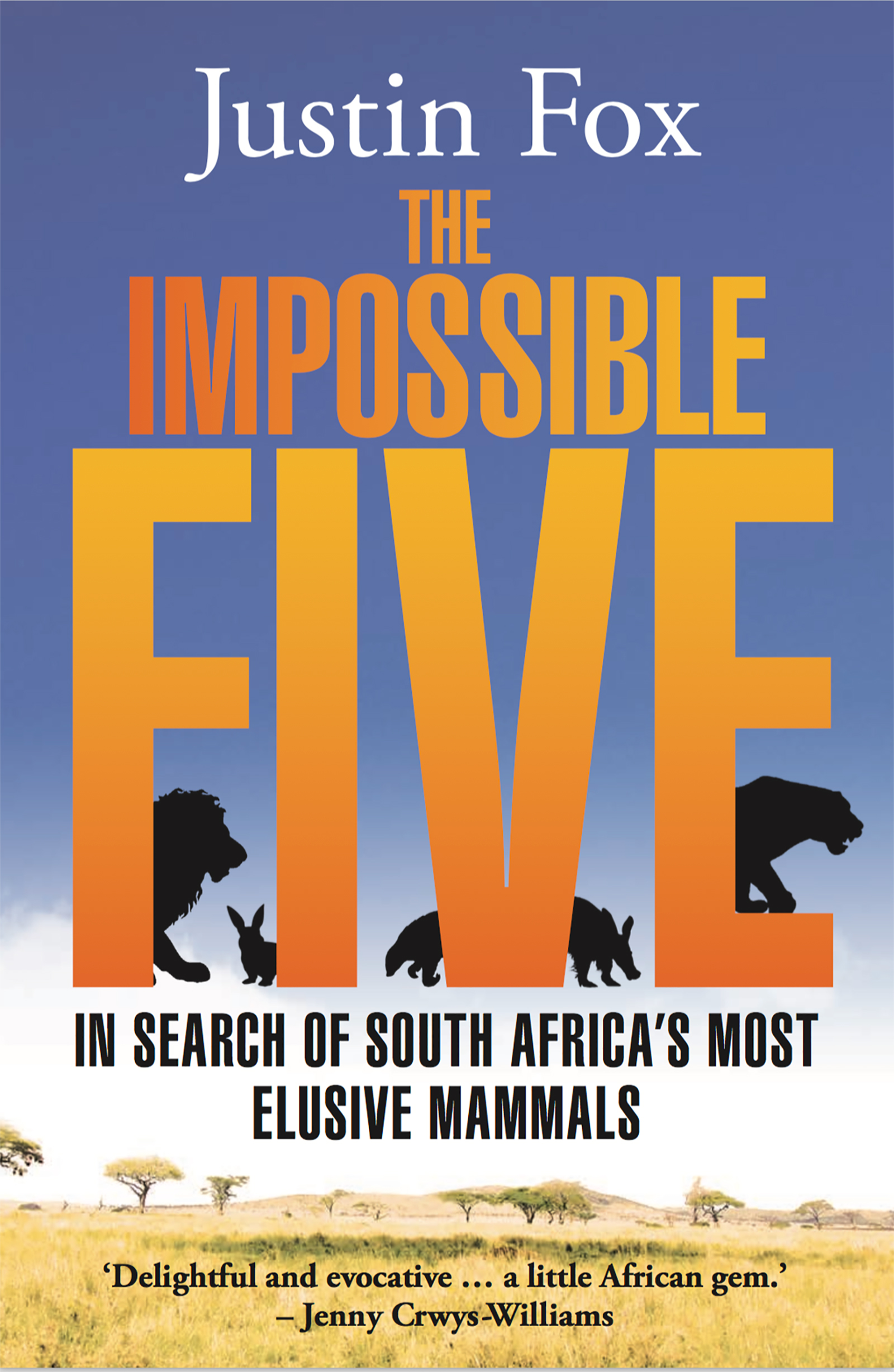 In Search of South Africa's Most Elusive Mammals

Visiting Africa's game reserves is often all about spotting "The Big Five" – the five most dangerous animals on the continent – the Lion, the Leopard, the Elephant, the Rhino and the Buffalo. But what about those animals you have almost zero chance of seeing?

Justin Fox drew up a list of the most elusive animals and set off to find "The Impossible Five" – the Cape Mountain Leopard, the Aardvark, the Pangolin, the Riverine Rabbit, and the Naturally Occurring White Lion. In a humorous, original, off-beat adventure story, Fox travels around Africa in search of these forgotten animals, meeting some very weird characters and other absurd mammals along the way.

Travel writer, novelist, and photographer Justin Fox was editor of Getaway International magazine. Fox was a Rhodes Scholar and received a doctorate in English from Brasenose College, Oxford University. He was a research fellow at the University of Cape Town, where he now teaches part time. Fox's writing and photographs have been published worldwide and he is the author of more than a dozen books. He is a two-time Mondi journalism award winner and his articles have appeared internationally in a wide range of publications, while his short stories and poems have been published in various anthologies. His book, Whoever Fears the Sea was longlisted for the 2014 Etisalat Prize and The Marginal Safari was longlisted for the 2011 Alan Paton and 2012 Olive Schreiner awards.