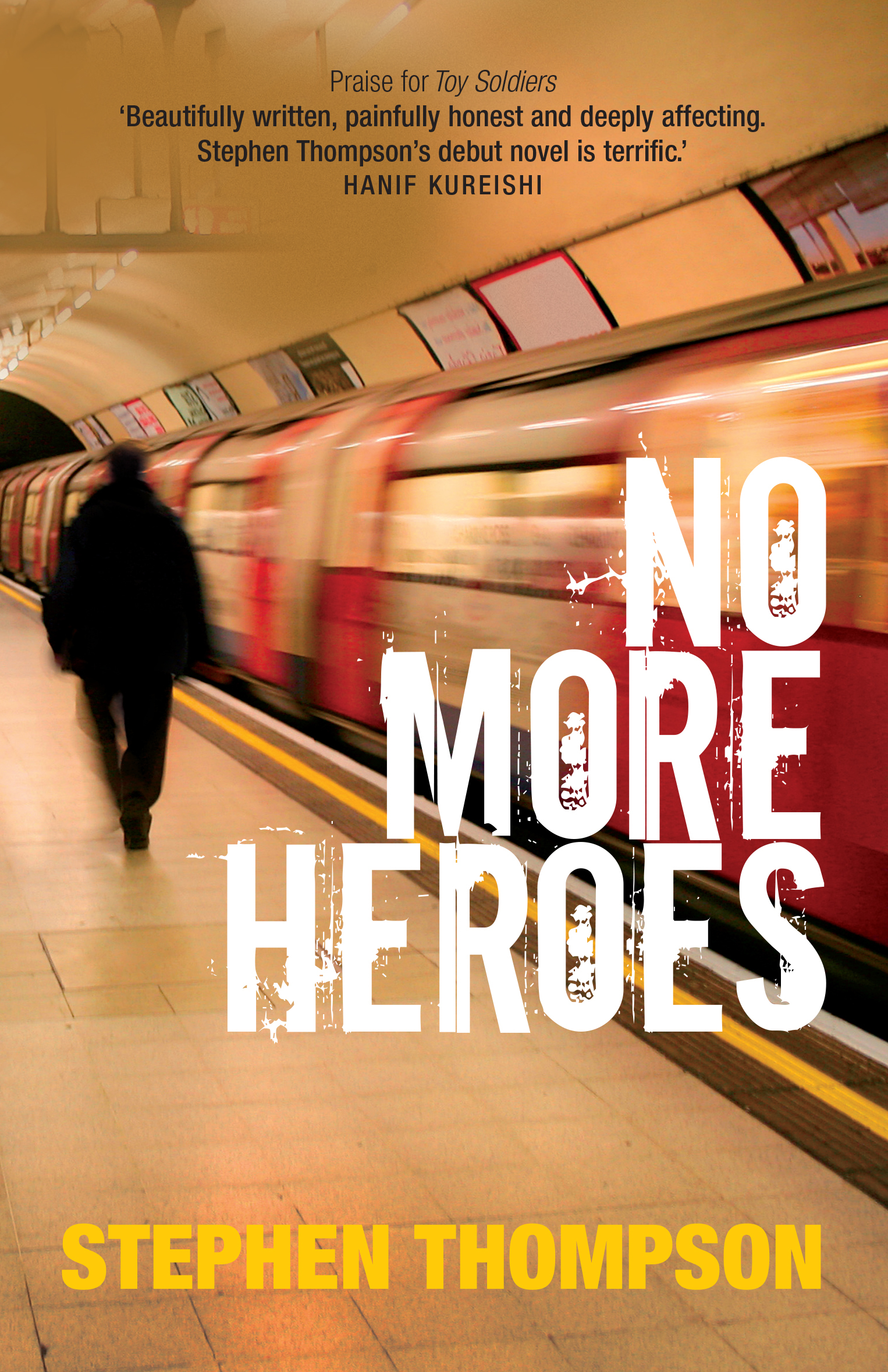 July 7, 2005. Simon Weekes is travelling on the London underground. Shortly into the journey, the carriage is wrecked by a massive bomb blast. Virtually everyone is killed and almost all the survivors are severely injured. Simon is among the lucky few to have escaped relatively unharmed. Seconds after the explosion, he quickly and calmly organises the small band of survivors into a rescue team and together they start shifting piles of wreckage in order to get at the maimed and the mutilated. In the days following the bombing, word of his heroics get out and he finds himself under full glare of the media spotlight. He becomes an overnight celebrity, hounded for interviews and regularly approached in the street by autograph hunters. The only thing is, he doesn't want all the attention. He can't afford it. He has too much to lose.

Stephen Thompson was born in Hackney to Jamaican parents. His first novel, Toy Soldiers, about a young man’s attempts to overcome his drug addiction, was published in 2000 to critical acclaim. He has written several novels and plays. He was a member of the influential Royal Court Young People’s Theatre. He has lectured in Creative Writing at a variety of educational establishments, including Birkbeck College and the University of Edinburgh; he is the recipient of an Arts Council New Writers Bursary and is a former Hawthornden Fellow. Thompson regularly reviews for various online and print media. He is publisher of the Colverstone Review.