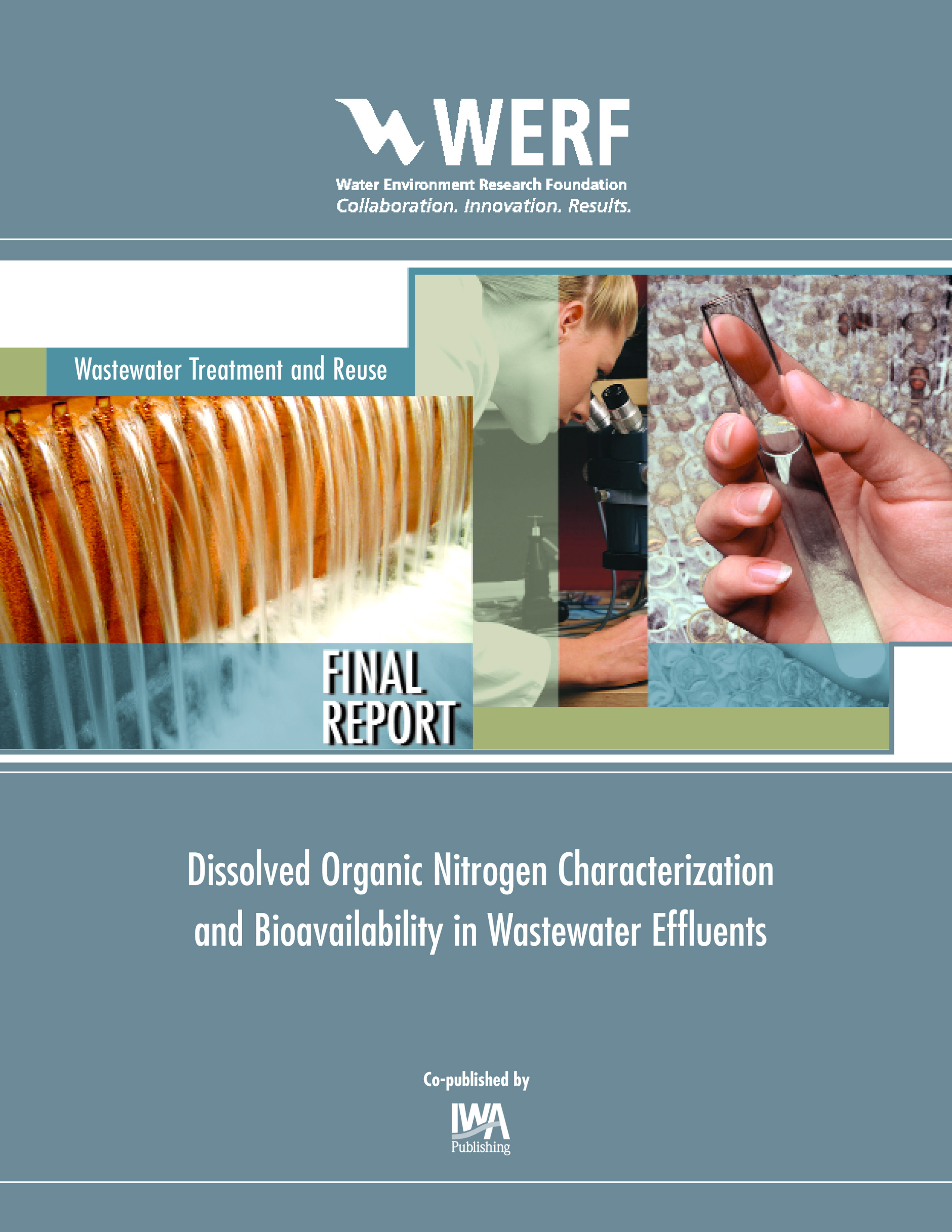 This project addresses the dissolved organic nitrogen (DON) content in the effluents of different wastewater treatment plants (WWTPs). In this report, information is presented on the occurrence and levels of DON in WWTP effluents and its bioavailability. The information presented was generated by a survey of existing data from full scale plants achieving TN removal, direct sampling and monitoring of effluents from selected plants, and laboratory investigations on DON production in biological processes of WWTPs and its bioavailability to algae and bacteria.
The results showed that there is a wide variation in effluent DON at different plants, ranging from non-detectable levels to as high as 2.5 mg N/L. The DON fraction of the effluent TN increases with decrease in effluent TN values, and could be as high as 85% of effluent TN. Size fractionation of effluent organic nitrogen (ON) fraction passing through a 1.2 µm filter showed that a significant colloidal fraction of ON exists between 0.1 and 1.2 µm particle size range in some plants. A fraction of the effluent DON is readily bioavailable to algae and bacteria in laboratory bioassays, and the presence of both algae and bacteria species in the bioassay increases the bioavailable DON fraction.