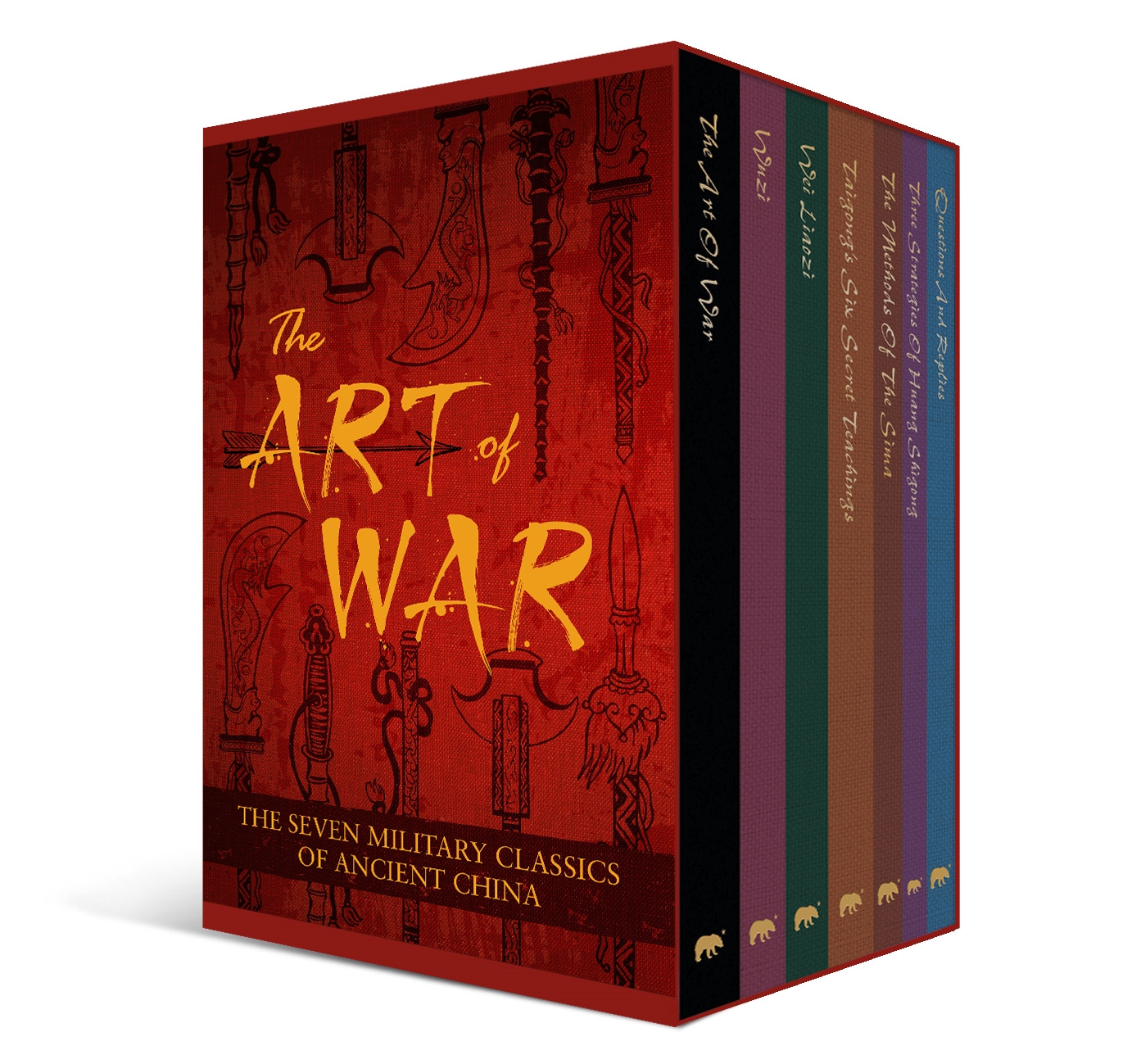 The Art of War Collection

This collection contains seven of the most famous military texts of ancient China: The Art of War, Wuzi, Wei Liaozi, Taigong's Six Secret Teachings, The Methods of the Sima, Three Strategies of Huang Shigong, and Questions and Replies Between Emperor Taizong of Tang and General Li Jing.

These new translations bring to light several texts that display an understanding of strategy and warfare that still has relevance millennia after their original publication. From the 11th-century AD onward, these texts became required reading for Chinese military officers.

Sun Tzu (544-496 BCE) was a Chinese general and political adviser who lived during the Spring and Autumn period of ancient China. Wu Qi (440-381 BCE) was a military leader and politician who lived during the Warring States period. The most ancient writer of this collection, Jiang Ziya (also known as Taigong), was a noble who helped to overthrow the Shang dynasty in China in the 11th century BCE. Li Jing (571-649 CE) was a leading general during the Tang Dynasty who helped China expand its territory into Central Asia. Wei Liao (fl. late 2nd century BCE) was a minister during the Qin dynasty. Sima Rangju was a fourth century BCE general who collected the military writings that existed in the state of Qi during his lifetime in a book called The Methods of the Sima.