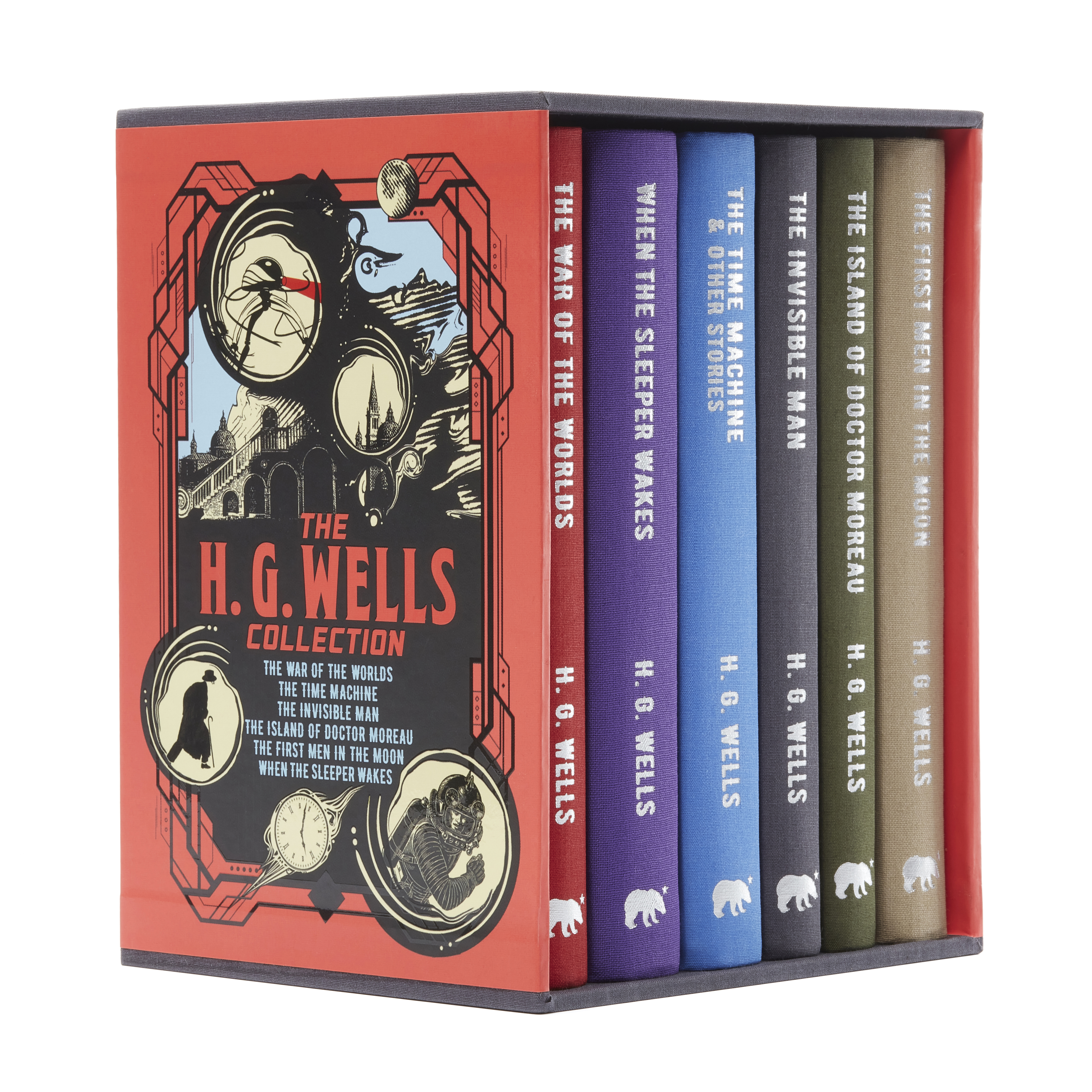 These novels often appear on 'must read' and 'best science fiction' lists.

This volume collects together several of H. G. Wells's most famous novels, including The Invisible Man, the War of the Worlds, The Island of Doctor Moreau, The Time Machine and The First Men in the Moon.

Many of these works have been adapted for film, television and radio, most recently The Invisible Man (2020) starring Elizabeth Moss.

Science-fiction historian John Clute describes Wells as "the most important writer the genre as yet seen."

Herbert George Wells was a prolific writer born in Kent in 1866. He was nominated for the Nobel Prize in Literature no fewer than four times. He was passionate about politics as well as literature and his output included several nonfiction pieces to go with his array of short stories and novels.