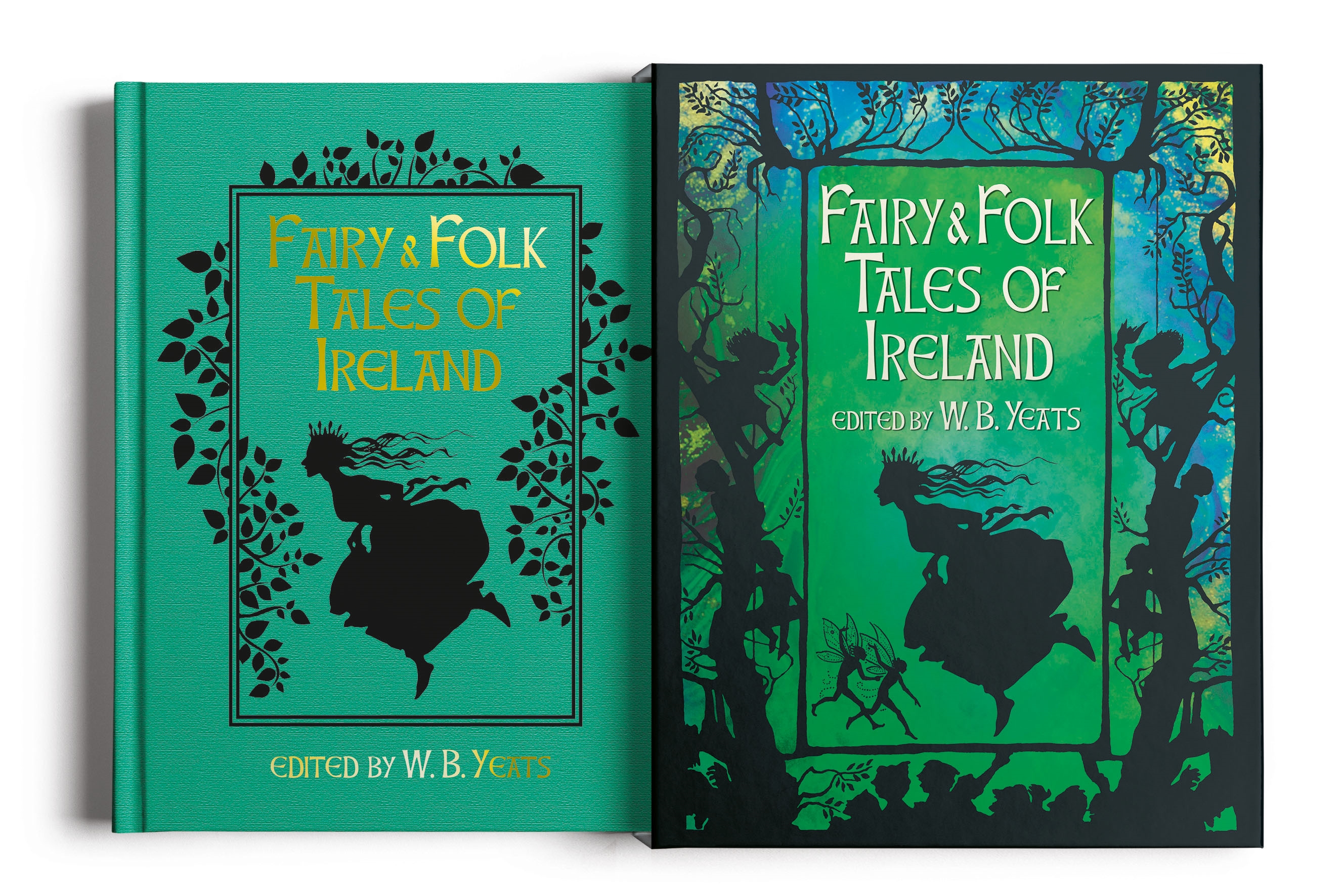 One of Ireland's greatest writers, the Nobel-prize winner W. B. Yeats, was fascinated by the myths and folklore of his native country. Compiled by Yeats in 1892, these stories were collected around the country by a variety of historians, including Lady Wilde, the mother of Oscar Wilde.

Within these pages, you'll discover tales of greedy sons who get their comeuppance, canny priests, evil witches and demons alongside legends of heroic kings, giants and, of course, the good folk themselves - the fairies, the leprechauns and the cluricauns. These are yarns that have passed down through generations and which are still as entertaining and magical as when they were first recalled.

This gorgeous foil-stamped edition includes enchanting illustrations and is presented in a handsome slipcase.

Written between 500 BCE and 700 CE, these seven texts have inspired generals for millennia, both in China and the wider world. Featuring Sun Tzu's The Art of War, this new translation brings to light the military masterpieces of ancient China. These seven texts display an understanding of strategy and warfare still relevant more than 2,000 years after they were originally written. Together, they present a uniquely eastern tradition of warfare that emphasizes speed, stealth, and cunning.

This collection includes seven of the most famous military texts of ancient China: The Art of War, Wuzi, Wei Liaozi, Taigong's Six Secret Teachings, The Methods of the Sima, Three Strategies of Huang Shigong, and Questions and Replies Between Emperor Taizong of Tang and General Li Jing.

These new translations bring to light several texts that display an understanding of strategy and warfare that still has relevance millennia after their original publication. From the 11th-century AD onward, these texts became required reading for Chinese military officers.

ABOUT THE SERIES: Arcturus Slipcased Classics are beautiful foil-stamped gift editions of classic works of literature, presented in a slipcase and decorated with delightful illustrations.

William Butler Yeats (1865-1939) was a poet, writer, and one of the mainstays of the British and Irish literary scenes. In 1923 he became the first Irishman awarded the Nobel Prize. He spent two terms serving as a senator in Ireland and, as an Irish nationalist, he spent a brieftime in the Irish Republican Brotherhood. He distanced himself from the movement before the Easter Rising of 1916, choosing instead to focus on his literary pursuits.