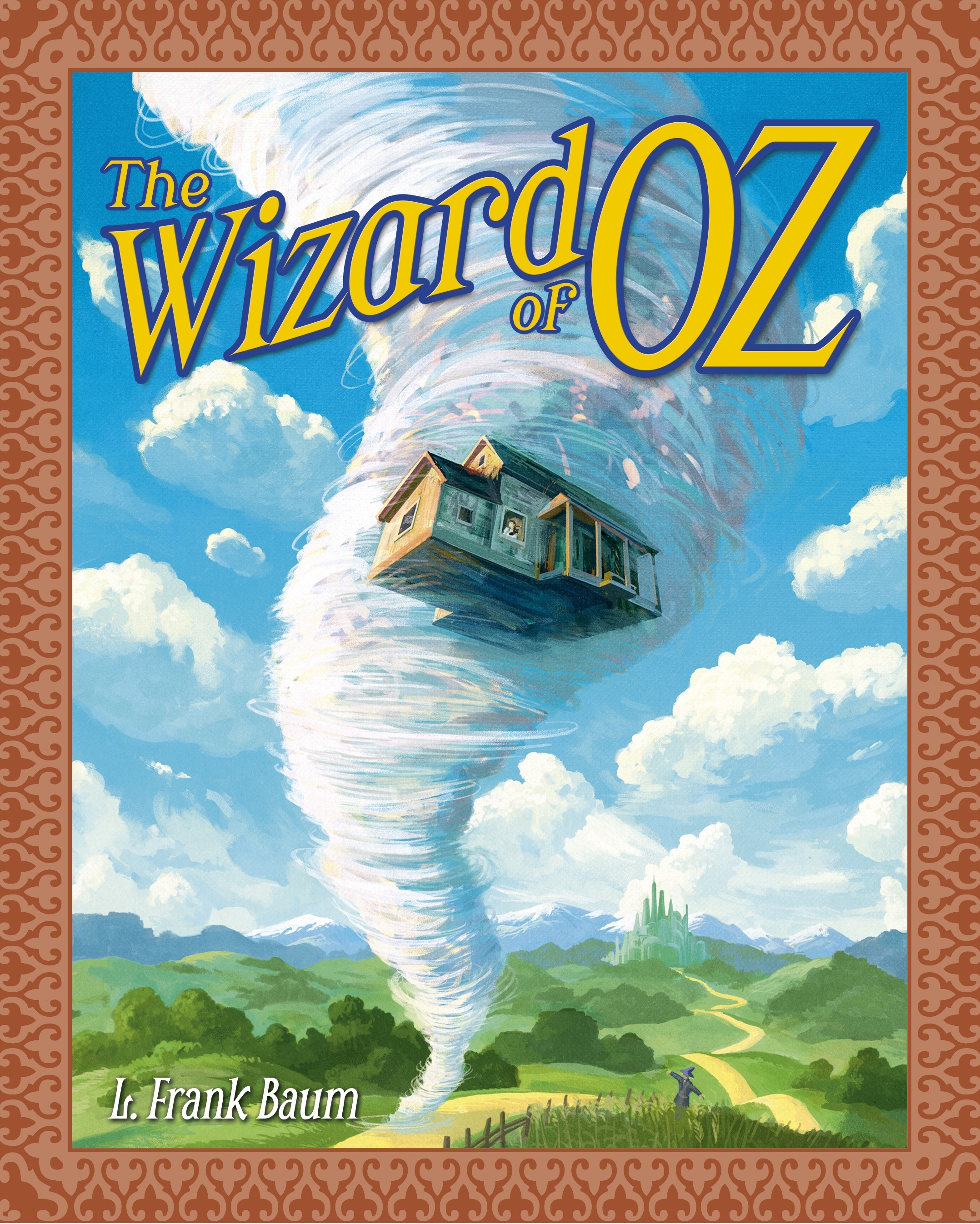 The Wizard of Oz

L. Frank Baum's classic story of Dorothy, whisked away by a tornado from her home in Kansas to the magical world of Oz, is brought to life in this brand new slipcase edition. Follow Dorothy and her little dog, Toto, as they make their way along the yellow brick road to the Emerald City, to try and find a way home. Along the way, they encounter a cast of unforgettable characters, including the Scarecrow, the Tin Woodman, the Cowardly Lion, the Wicked Witch of the West, and, of course, the mysterious Wizard of Oz himself. Fully illustrated throughout, this beautiful book is guaranteed to enchant young readers aged 7 and up.

Lyman Frank Baum was born in Chittenango, New York in 1856 and had seven brothers and sisters. Until the age of twelve Baum was privately tutored at home and in 1869 he spent two years at a military academy. After various jobs including journalist and actor, Baum wrote his first novel Goose in Prose in 1897. He went on to write over sixty books, including, in 1900, his most famous novel, The Wonderful Wizard of Oz. L. Frank Baum was married with four children and died in 1919.