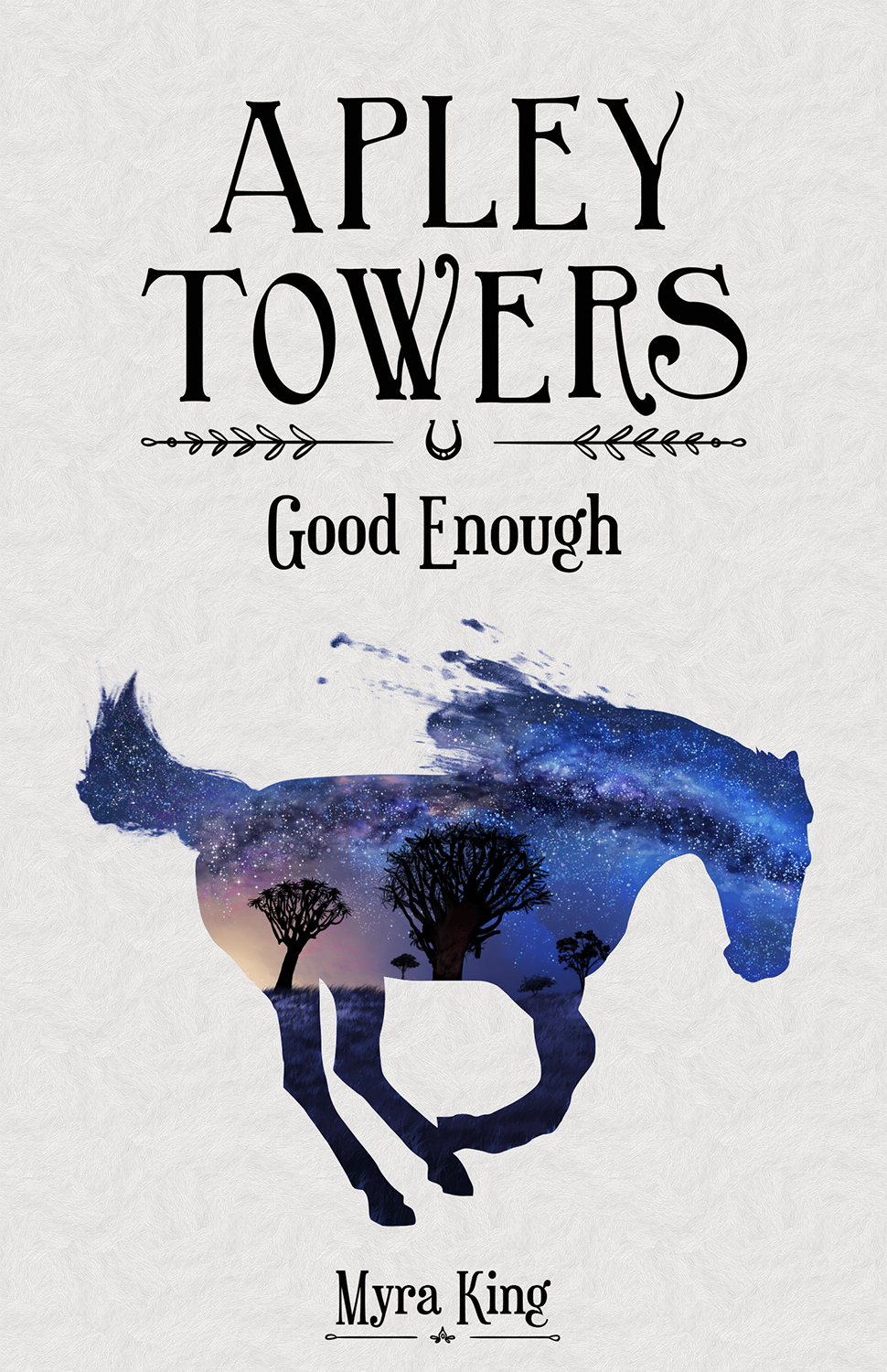 In the shade of the Giant’s Throne Mountain, and on the coast of the Indian Ocean, Port St. Christopher is home to Apley Towers; a riding school for girls and boys, young or old, who learn what it means to be a true horse rider.

Angela is forced to face up to her former bully, Gemma Larkin, when she finds out that she’s set to compete against Sagittarius Stables in an upcoming competition. With the support of Apley Towers, Angela is desperate to beat Gemma once and for all.
But how can Angela prove herself to anyone else, if she can’t even convince herself? Luckily, the kodas are there to help her deal with a past she thought she’d left behind.

About the Apley Towers series:

Set in the shade of Giant's Throne Mountain on the South African coast of the Indian Ocean, this adventure- and friendship-filled series stars the students of a horseback riding school, Apley Towers, who learn valuable life lessons with horses and humans alike. Kaela, Trixie, Angela, and Phoenix learn what it means to be a true rider and a good friend, with plenty of detail of the African animals and landscapes of the area that readers will love. All titles are also leveled for classroom use, including GRLs.

Myra King ========= Myra King was born in Johannesburg, South Africa. After spending time in the USA, she finally settled in England, with her husband, young son and border collie. Despite her enduring love affair with her adopted country, Myra retains a link to her motherland as a place with a lot of stories to tell, and one of the main inspirations in her writing. After a serious fall from her horse at 19, Myra knew she would never be able to get into a saddle again, so she switched her focus to her writing.