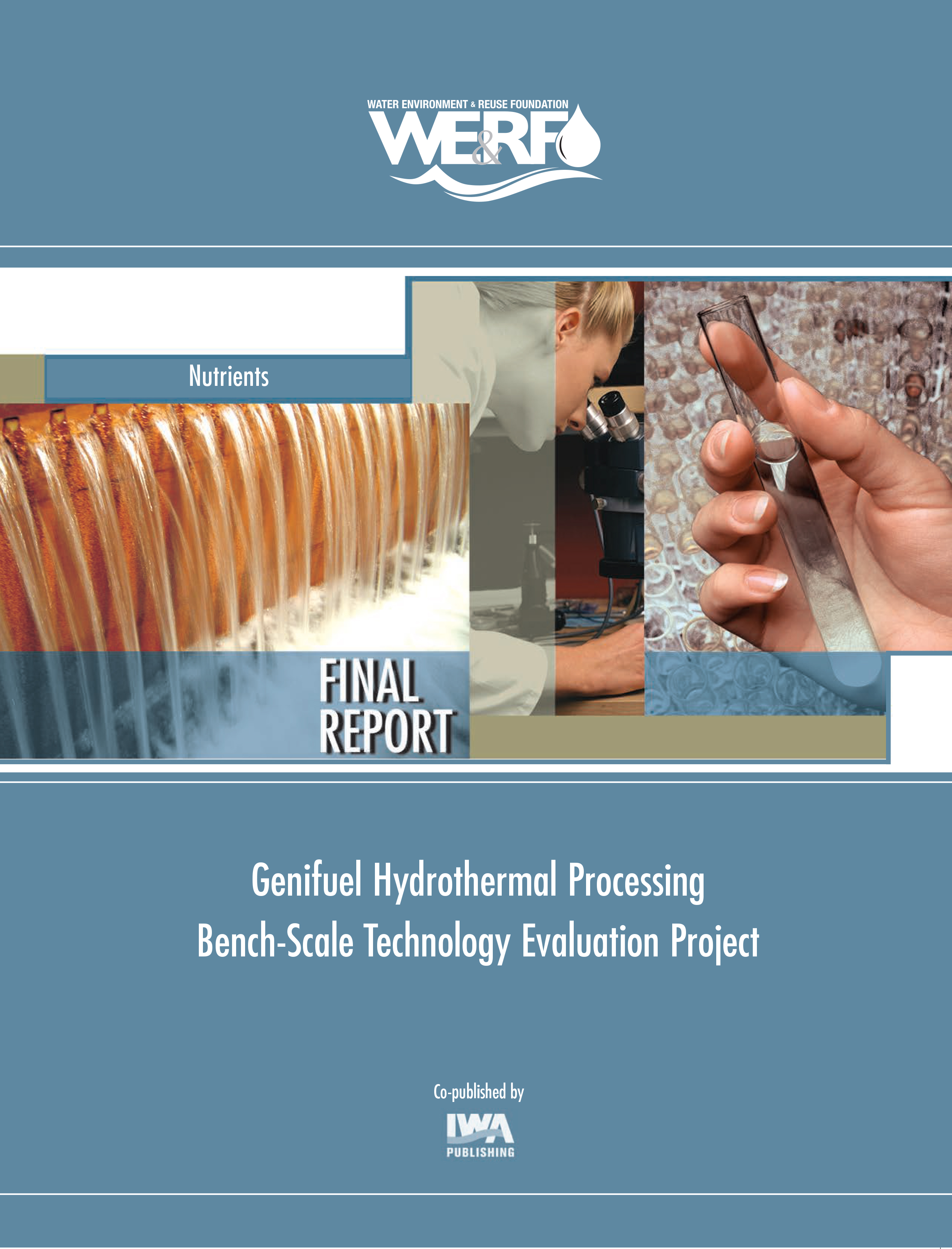 Hydrothermal Liquefaction (HTL) and Catalytic Hydrothermal Gasification (CHG) proof-of-concept bench-scale tests were performed to assess the potential of the Genifuel hydrothermal process technology for handling municipal wastewater sludge. HTL tests were conducted at 300-350?C and 2900 psig on three different feeds: primary sludge (11.9 wt% solids), secondary sludge (9.7 wt% solids), and post-digester sludge (also referred to as digested solids) (16.0 wt% solids). Corresponding CHG tests were conducted at 350?C and 2900 psig on the HTL aqueous phase product using a ruthenium based catalyst. A comprehensive analysis of all feed and effluent phases was also performed. Total mass and carbon balances closed to within ± 15% in all but one case. Biocrude yields from HTL tests were 37%, 25%, and 34% for primary sludge, secondary sludge, and digested solids feeds, respectively. The biocrude yields accounted for 59%, 39%, and 49% of the carbon in the feed for primary sludge, secondary sludge, and digested solids feeds, respectively. It should be noted that HTL test results for secondary sludge may have been affected by equipment problems. Biocrude composition and quality were comparable to that seen with biocrudes generated from algae feeds. CHG product gas consisted primarily of methane, with methane yields (relative to CHG input) on a carbon basis of 47%, 61%, and 64% for aqueous feeds that were the product of HTL tests with primary sludge, secondary sludge, and digested solids, respectively. Siloxane concentrations in the CHG product gas were below the detection limit and well below fuel input composition limits set by several engine manufacturers. Relative to that of the sludge feeds, the HTL-CHG process resulted in a reduction in chemical oxygen demand (COD) of greater than 99.9% and a reduction in residual solids for disposal of 94-99%. The test results, as a whole, support further long-term testing in a larger scale integrated system that is representative of what would be installed at a water resource recovery facility (WRRF) in order to fully assess the technical and economic viability of this technology for wastewater sludge treatment.