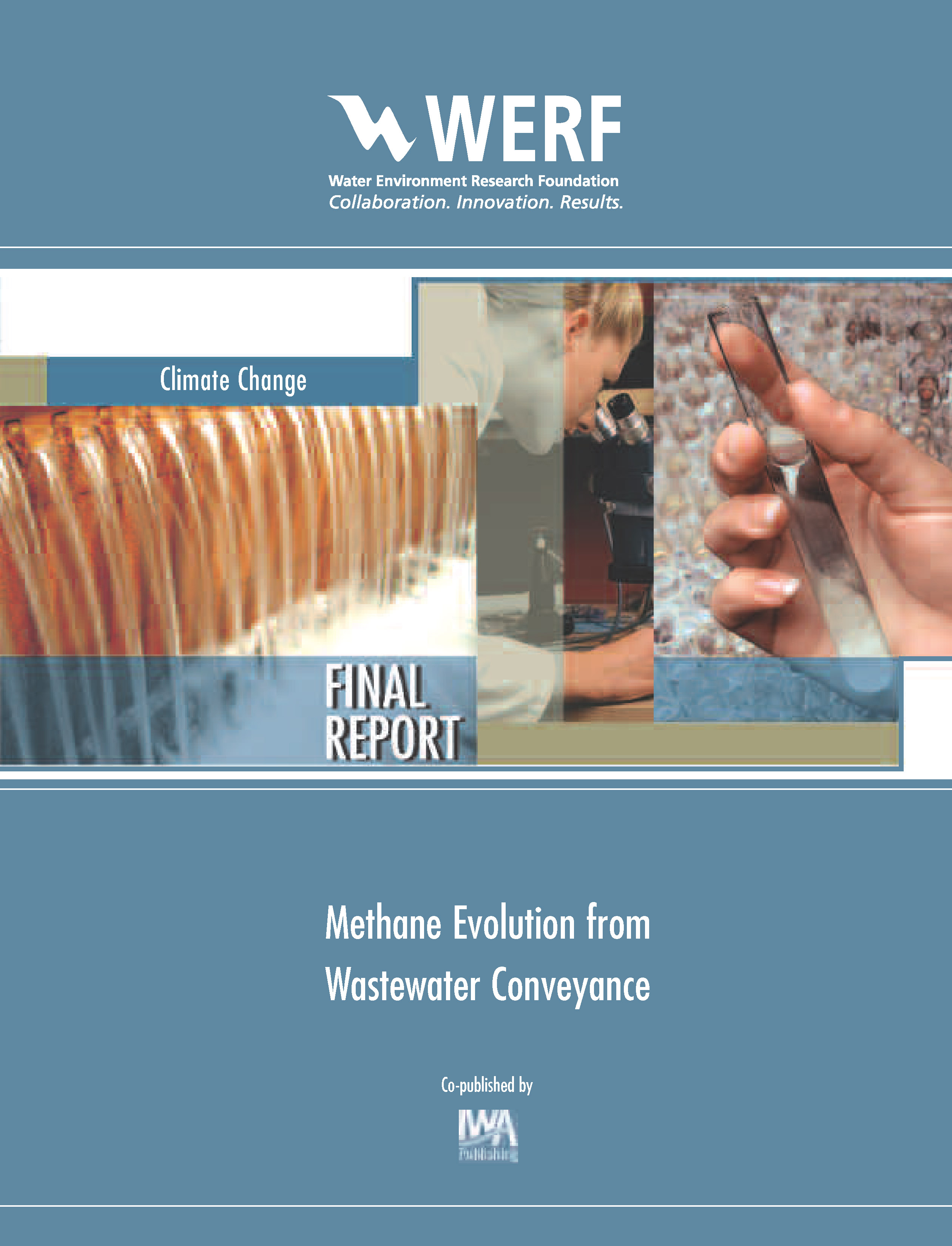 Available as eBook only.
Methane (CH4) production from sewers is a suspected, yet relatively undocumented source of greenhouse gases (GHGs). The Intergovernmental Panel on Climate Change (IPCC) published the “2006 IPCC Guidelines for National Greenhouse Gas Inventories” which states that “In most developed countries and in high-income urban areas in other countries, sewers are usually closed and underground. Wastewater in closed underground sewers is not believed to be a significant source of CH4.” CH4 is a greenhouse gas that has a global warming impact that is 21 times that of carbon dioxide (CO2) and as such is of heightened interest in GHG modeling and inventories.
The goal of the first phase of the investigation was to determine if CH4 could be detected in the wetwells and forebays of a sanitary wastewater collection system. During that initial phase, methane emissions were quantified from DeKalb County’s 64 pumping stations. The results of this investigation documented that approximately 1,000 MT of carbon dioxide equivalents (CO2e) are emitted each year from CH4 evolution at pumping stations serving roughly half of DeKalb’s residents, 350,000 citizens, while moving approximately 50 mgd of wastewater. While 940 MT CO2e/yr were quantified, significant sources of under reporting are thought to exist, potentially masking CH4 emissions estimated between 2 and 5 times greater than those quantified under Phase 1. One potential such source was thought to be manholes receiving force main discharges.
During Phase 2 of this project, continuous gaseous- and liquid-phase monitoring were conducted at the discharge of a 16-inch, 3.3-mile-long force main from the Honey Creek Pumping station. Liquid phase sampling during this phase showed that 8.87 kg of CH4 were emitted per day at the force main receiving manhole during the summer months. The continuous monitoring data was used to calibrate a process model developed by the University of Queensland to predict CH4 and hydrogen sulfide evolution by simulating a force main as a plug-flow, fixed-film reactor. The model was then used to simulate force main CH4 emissions over a calendar year using historical flow and monthly average temperatures. This effort calculated emissions of 52 MT of CO2e/year.