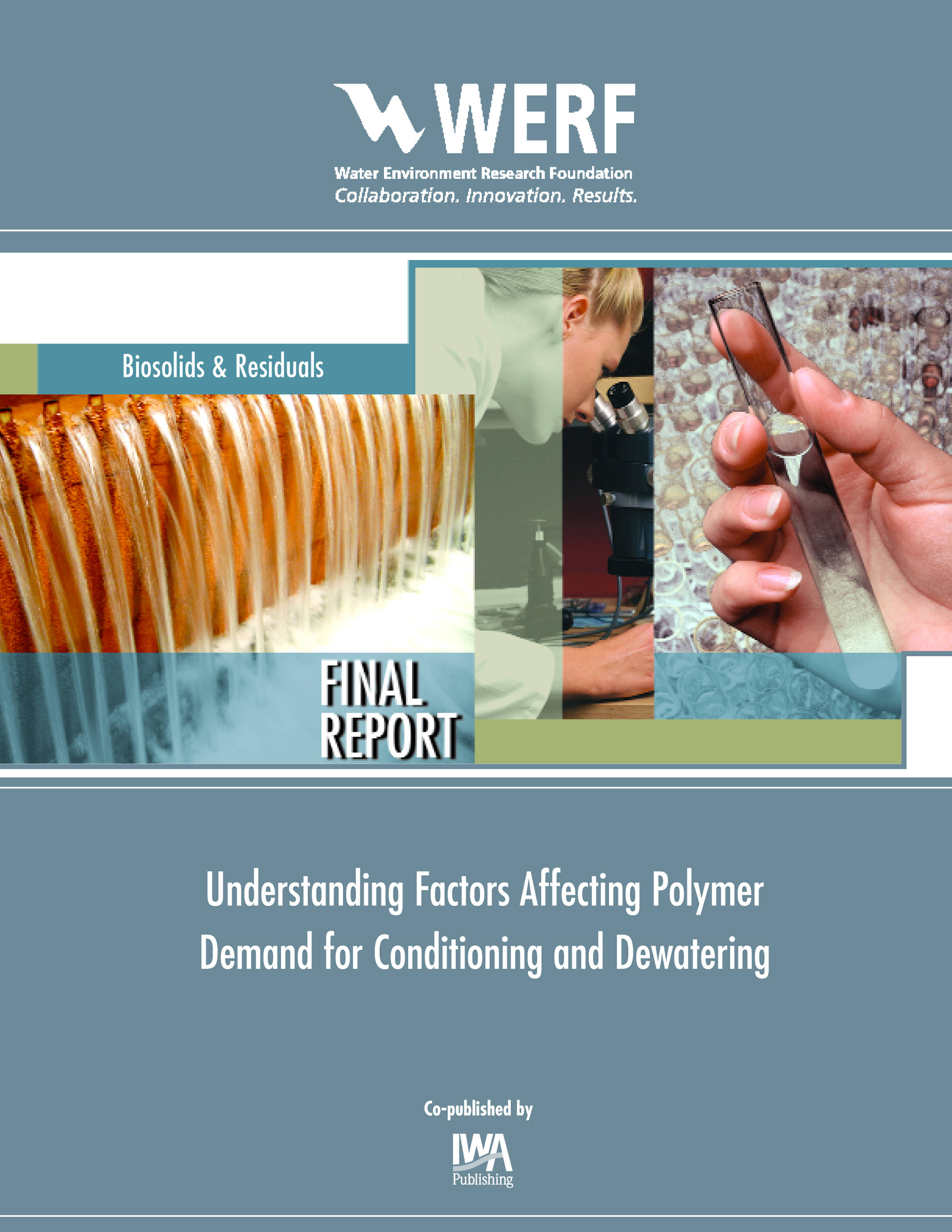 Polymer demand varies considerably for different digestion processes as well as the same digestion processes at different locations and the reasons for these differences are not known. The objectives of this research were to develop a mechanistic understanding for these differences.  The differences were hypothesized to depend on both the amount of charge in a sludge sample and the characteristics of the polymer.  The first phase of the research was aimed at establishing the component of the sludge that creates the polymer demand and the second phase was aimed at understanding the interactions of polymers with the components of sludge.  A number of samples were collected and analyzed for factors affecting polymer demand.  The samples incluced MLSS, RAS, conventional aerobically and anaerobically digested, thermophilic anaerobically digested, temperature phased anaerobically digested, and an auto-thermal aerobically digested sample. Results from the first phase showed a good linear correlation between the optimum polymer dose (OPD) and biocolloid concentration as measured by soluble protein and polysaccharide concentration.  In other words, these small particles (less than 4.2 mm created a significant portion of the polymer demand, especially for digested sludges. Conditioning samples with different polymers (varying charge density and configuration, linear, branched and hydrophobic) showed that the key characteristic in determining OPD is the charge density of the polymer.  The shear associated with several full-scale dewatering devices was measured and quantified using the unitless Gt term. In addition, several field trials were performed to show the impact of Fe addition on polymer demand as well as methods to reduce the shear associated with high solids centrifuges.